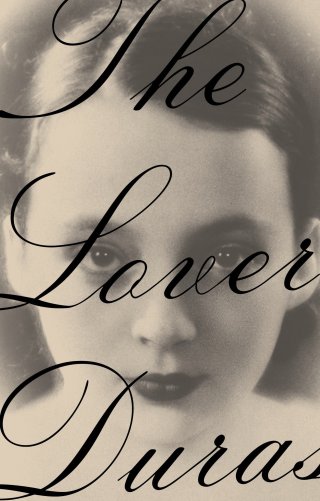 When the novel’s protagonist-narrator receives a telegram from Saigon, carrying news that her younger brother has been killed at twenty-seven, she receives the news as a kind of mistake, a “momentary error” eclipsing the universe, filling her soul with outrage “on the scale of God.” She realizes with the stab of hindsight that her brother had always appeared immortal to her, purely by virtue of being her beloved brother. Duras writes:
All around the ferry is the river, it’s brimful, its moving waters… The river has picked up all it has met with since Tonle Sap and the Cambodian forest. It carries everything along, straw huts, forests, burned-out fires, dead birds, dead dogs, drowned tigers and buffaloes, drowned men, bait, islands of water hyacinths all stuck together. Everything flows toward the Pacific, no time for anything to sink, all is swept along by the deep and headlong storm of the inner current, suspended on the surface of the river’s strength.

It’s while it’s being lived that life is immortal, while it’s still alive. Immortality is not a matter of more or less time, it’s not really a question of immortality but of something else that remains unknown. It’s as untrue to say it’s without beginning or end as to say it begins and ends with the life of the spirit, since it partakes both of the spirit and of the pursuit of the void.
With this, Duras turns to what fills our fragile mortality with meaning — what consecrates it with the sort of transcendence we might experience as joy, or art, or love. A century and a half after Mary Shelley contemplated what makes life worth living as she envisioned a world savaged by a deadly pandemic, and a century after Walt Whitman contemplated what makes life worth living after a paralytic stroke made him confront his own mortality, Duras arrives at a kindred conclusion:

And so, when a loved one dies, this deepest part of us grows wild with rage at the universe — a rage skinned of sensemaking, irrational and raw, unsalved by our knowledge that the entropic destiny of everything alive is to die and of everything that exists to eventually not, even the universe itself; unsalved by the the immense cosmic poetry hidden in this fact; unsalved by the luckiness of having lived at all against the staggering cosmic odds otherwise; unsalved by remembering that only because ancient archaebacteria were capable of dying, as was every organism that evolved in their wake, we and the people we love and the people we lose came to exist at all.

This harmonic of life and death sings from the pages of Duras’s posthumous published wartime notebooks, in one of which she reflects on the Mekong River of her native Vietnam as she traverses aboard a ferry:

Complement with artist, poet, and philosopher Etel Adnan, who lived to ninety-five, on how to live and how to die, Olivia Laing on life, loss, and the wisdom of rivers, and mathematician Michael Frame’s uncommonly original perspective on how fractals can help us fathom loss and reorient to the ongoingness of life.

The French novelist, playwright, essayist, and filmmaker Marguerite Duras (April 4, 1914–March 3, 1996) captures this bewildering rage in the final pages of The Lover (public library) — her autobiographical novel about a writer creating herself as a woman and an artist in the act of writing, published the year I was born, some 3.7 billion years after the first archaebacterium began mutating and died.

“What exists, exists so that it can be lost and become precious,” Lisel Mueller wrote as she weighed what gives meaning to our mortal lives in a stunning poem — one of the hundreds that outlived her as she returned her borrowed stardust to the universe at ninety-six. And yet, by some felicitous deviation from logic — perhaps an adaptive imbecility essential for our mental and emotional survival, one of the touching incongruences that make us human — the moment something becomes precious to us, we quarantine the prospect of its loss in some chamber of the mind we choose not to enter. On some deep level beyond the reach of reason, we come to believe that the people we love are — must be, for the alternative is a fathomless terror — immortal.

The error, the outrage, filled the whole universe… People ought to be told of such things. Ought to be taught that immortality is mortal, that it can die, it’s happened before and it happens still. It doesn’t ever announce itself as such — it’s duplicity itself. It doesn’t exist in detail, only in principle. Certain people may harbor it, on condition they don’t know that’s what they’re doing. Just as certain other people may detect its presence in them, on the same condition, that they don’t know they can.