Before we see what the implications of that are, we’re warped back to Lexi’s play. Cassie, freshly dumped by Nate, makes her way onstage and starts berating Lexie. Then a long-awaited moment comes to fruition. Maddy still hadn’t truly been able to have it out with Cassie after learning she and Nate were sleeping together. In a scene set to comedic circus music, Maddy runs onstage and slaps Cassie, then chases her off.
The drama puts Lexi in low spirits, but after a crowd-cheer started by Rue, she returns to the stage and the play resumes. We also learn through a flashback that Rue has made amends with Elliot, but not Jules. The scene gifts us with a full-length song performed by Elliot, who’s portrayed by musician Dominic Fike.

Meanwhile, we see Nate walking up to his dad’s business with a gun in tow. Nate reveals to Cal that he found videos of Cal having sex with prostitutes when he was just 11. Cal opens up to his son, saying that he loves Nate and regrets not keeping him safe. But Nate says he doesn’t want an apology, just revenge. He pulls out a flash drive that has “everything” on it. A police car pulls up and Cal is arrested.

The season 2 finale wasted no time in addressing the foremost question on everyone’s mind from the penultimate episode — why Fez didn’t make it to Lexi’s play. The episode starts off with Fez standing in the kitchen, announcing that he’s going to leave for the play, then getting stopped by Custer. We know Custer is helping the police take down Fez and Ashtray for Mouse’s murder. Faye, the only other person who knows, is standing next to Fez. When Custer begins to talk about Mouse, Faye drops a glass, which shatters on the floor. Then — in an amazingly unexpected move — she puts a finger to her mouth, indicating that Fez should stay quiet.
This cap on the season was a doozy — and there are plenty more details to unpack. (We likely have lots of time to do so, given the two and a half-year gap between seasons 1 and 2). What we know for sure: Nate Jacobs still sucks. Rue seems to be doing OK. And this was one hell of an episode.
We now know the heart-wrenching reason Fezco missed Lexi’s play.
The dark events continue. We’re back in Fezco’s house, and he can’t get Ashtray to open the door. The police burst in, and Fez begs them not to shoot, pleading that Ashtray is just a kid. Ash fires the first bullets through the door, and one of them hits Fez in the gut. While he lays on the floor bleeding, Fez continues to scream for the officers to stop. The end only comes when Ash shoots a policeman at close range, then Ash is shot off-screen.
The show then drops us back into Fez and Ashtray’s house, where Fez tells Ashtray that he’s taking the fall for the murder when the police come. Ashtray doesn’t listen, and winds up locking himself in the bathroom with firearms and ammunition.

Faye begins to say that drug dealer Laurie murdered Mouse. But just as odds seem to be turning against Custer, Ashtray fatally stabs him in the neck.
We get more of Lexi’s play, featuring flashbacks with Rue and Lexi and even a rare scene in which the pair have a heart-to-heart. It’s sweet, but my attention is continuously interrupted by the fact that we don’t know if Fez is going to be OK. Our last sight of him is right after Ash’s death, as the police officers carry him off. At the very end of the episode, Rue reveals she’s stayed sober throughout the rest of the school year.
We’ll get to that scene soon enough, but to help make sense of everything, let’s start from the top. The roughly four-minute scene is brutal and excruciating. I might go out on a limb and say the heaviest stuff on a teen show maybe ever? (Though I admittedly haven’t been keeping up with Riverdale lately). An hour later, my head is still pounding. 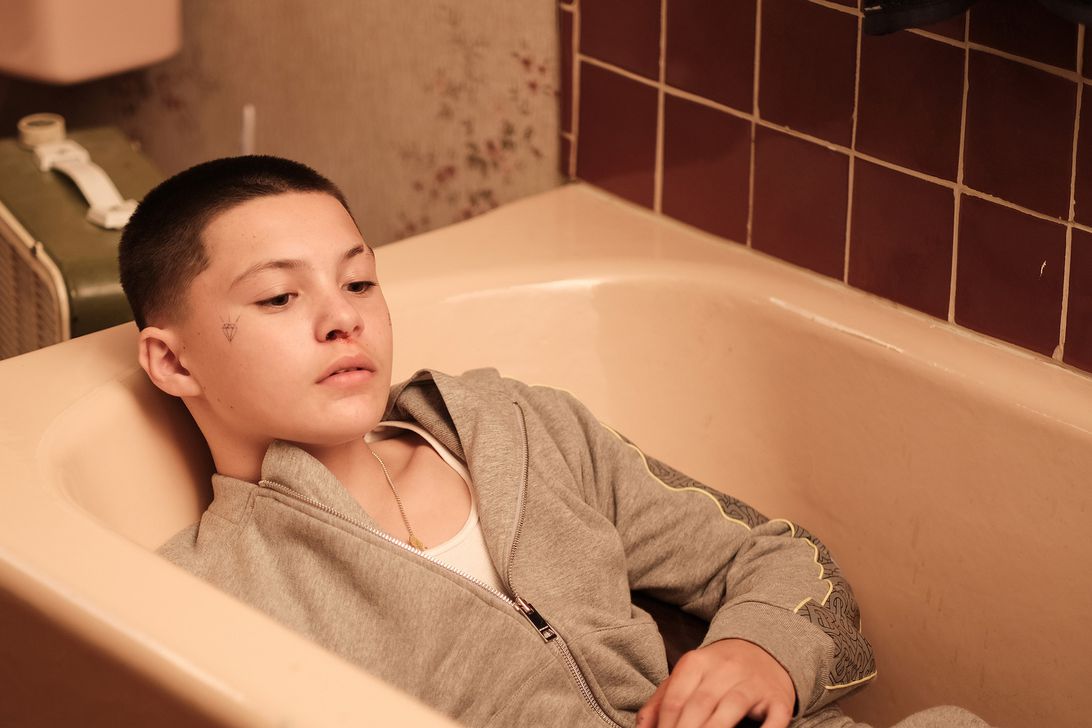 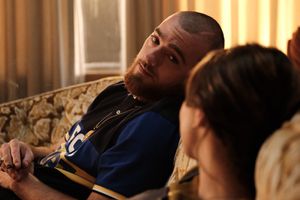