Complement West with the Night — a ravishing read in its entirety — with the pioneering polar explorer Frederick Cook’s lyrical account of the first Antarctic night and James Baldwin on the raw clarity of the small hours, then revisit Walter Lippmann’s eulogy for Amelia Earhart, which remains the finest thing I have ever read about what makes a hero and which applies tenfold to Beryl Markham, lack though she did Earhart’s publicist-husband and the alluring mystique of disappearance in the prime of life, dying instead as an old woman in Africa, having lived a long and largehearted life.
[…] 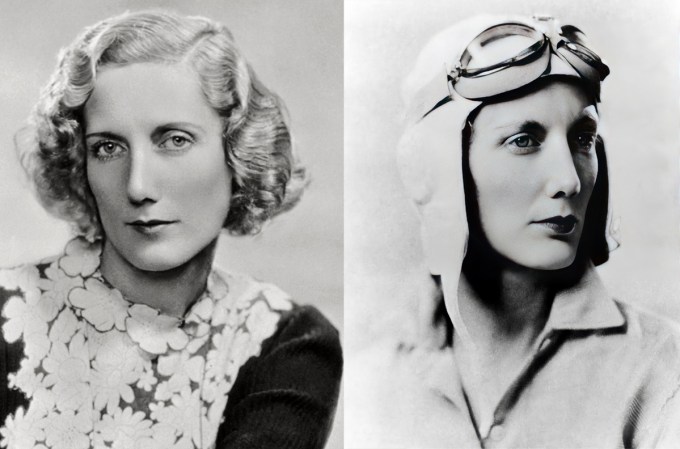 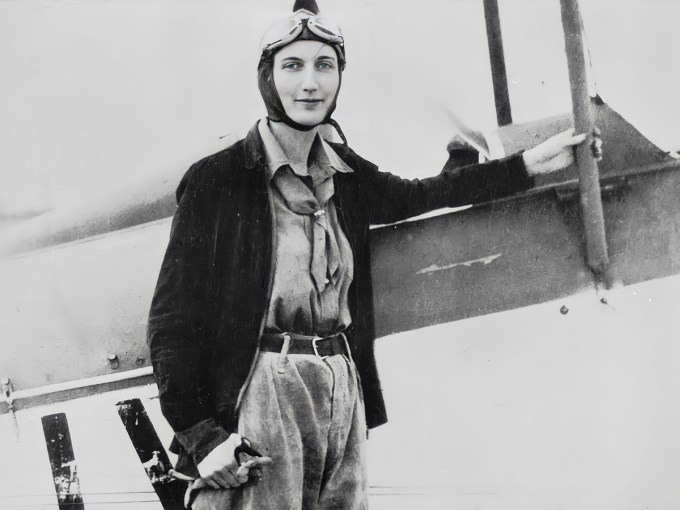 You were alone when you sat and talked with the others — and they were alone. This is so wherever you are if it is night and a fire burns in free flames rising to a free wind. What you say has no ready ear but your own, and what you think is nothing except to yourself. The world is there, and you are here — and these are the only poles, the only realities.
Night… was a world as old as Time, but as new as Creation’s hour had left it.
As the only freelance pilot of any gender in all of Kenya throughout the 1920s and 1930s, she delivered oxygen to dying miners, tracked herds of wildlife, and swooped in to save fellow pilots who had crashed in the middle of the desert, striding out of the Kan in her white flying suit and her natural Hollywood glamor like some sort of rugged angel of salvation.

After this era of great pilots is gone, as the era of great sea captains has gone — each nudged aside by the march of inventive genius, by steel cogs and copper discs and hair-thin wires on white faces that are dumb, but speak — it will be found, I think, that all the science of flying has been captured in the breadth of an instrument board, but not the religion of it. One day the stars will be as familiar to each man as the landmarks, the curves, and the hills on the road that leads to his door, and one day this will be an airborne life. But by then men will have forgotten how to fly; they will be passengers on machines whose conductors are carefully promoted to familiarity with labelled buttons, and in whose minds the knowledge of the sky and the wind and the way of weather will be extraneous as passing fiction.
In a sense it was formless. When the low stars shone over it and the moon clothed it in silver fog, it was the way the firmament must have been when the waters had gone and the night of the Fifth Day had fallen on creatures still bewildered by the wonder of their being. It was an empty world because no man had yet joined sticks to make a house or scratched the earth to make a road or embedded the transient symbols of his artifice in the clean horizon. But it was not a sterile world. It held the genesis of life and lay deep and anticipant under the sky.

She soon divorced her unchosen husband and took to the skies.

At night, sharing a campsite with her fellow travelers, she could then attain the same feeling without leaving Earth — for transcendent experiences have a way of infusing themselves into our ordinary lives, so that after we have had them, the commonest activity can shimmer with some of that remembered radiance. She writes:

One of the hardest things to come, and the most rewarding, was a taste for the transcendent solitude of night — a different species of solitude not attainable on land, amid the companionship of even its most silent creatures: 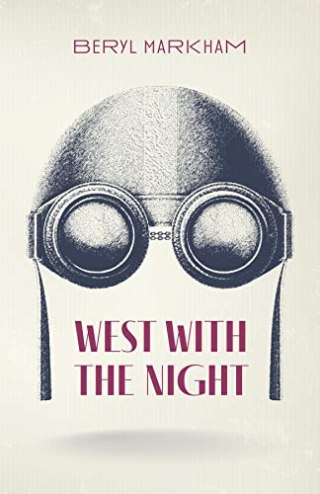 [Others] are here… but sharing with us a single loneliness.

“For a moment of night,” Henry Beston wrote in his exquisite century-old love letter to darkness, “we have a glimpse of ourselves and of our world islanded in its stream of stars — pilgrims of mortality, voyaging between horizons across eternal seas of space and time.”

And yet there is something that remains of the romance of night to the airborne traveler, pilot or passenger, even today: The day I cease to be staggered by the star-salted blackness outside the window of a transatlantic flight — this portable mountaintop of body and mind — I shall have ceased to be human or alive.
In her extraordinary 1942 memoir West with the Night (public library) — which Hemingway found “bloody wonderful,” gasping that “the girl can write rings around all of us,” but which slipped into obscurity for forty years until its rediscovery in the 1980s — Beryl Markham recounts how she first fell under the enchantment of the sky as a young student of flight:

No one has written more lusciously about that pilgrimage, nor undertaken it with more elemental daring, than Beryl Markham (October 16, 1902–August 3, 1986). Known to the world as the first person to fly solo across the Atlantic from East to West with the sweep of night, against headwinds and storms particularly ferocious in that direction, she is Amelia Earhart without the pomp, Thoreau with muscle and humor, a luckier Shackleton of the sky.
To me, desert has the quality of darkness; none of the shapes you see in it are real or permanent. Like night, the desert is boundless, comfortless, and infinite. Like night, it intrigues the mind and leads it to futility. When you have flown halfway across a desert, you experience the desperation of a sleepless man waiting for dawn which only comes when the importance of its coming is lost. You fly forever, weary with an invariable scene, and when you are at last released from its monotony, you remember nothing of it because there was nothing there.
By her twenties, she was the only woman working as a licensed pilot in all of Africa, soaring through the clouds in her light two-seater plane affectionately known as the Kan for the registration letter VP-KAN painted in silver on its turquoise body, which blazed across the daylight as “a small gay complement to the airy blue of the sky, like a bright fish under the surface of a clear sea,” and flitted through the night as “no more than a passing murmur, a soft, incongruous murmur above the earth.”

Looking back on her countless solitary nights over Africa, and her many years of living on this land she called home, she serenades the horizonless nocturne as a singular instrument for deepening self-knowledge and communion with the living world:

Night flying over the charted country by the aid of instruments and radio guidance can still be a lonely business, but to fly in unbroken darkness without even the cold companionship of a pair of ear-phones or the knowledge that somewhere ahead are lights and life and a well-marked airport is something more than just lonely. It is at times unreal to the point where the existence of other people seems not even a reasonable probability. The hills, the forests, the rocks, and the plains are one with the darkness, and the darkness is infinite. The earth is no more your planet than is a distant star — if a star is shining; the plane is your planet and you are its sole inhabitant.

At eighteen, after her father left for Peru, having sold off all of his possessions and sold his only daughter into a marriage to their neighbor, Beryl persevered by becoming a professional racehorse-trainer — the only female in a fiercely competitive world, in which most were older than her by decades.
Around the time that Antoine de Saint-Exupéry was incubating the ideas that became The Little Prince and drawing on his own experience as a pilot to reflect on what the Sahara desert taught him about the meaning of life, she writes: