Dr. Gully’s treatment, developed in response to his two-year-old daughter’s death, included the vehement disavowal of medication. The little girl had been treated with every known drug at the time — including heavy metals like mercury, lead, and arsenic — and had died convulsed with harrowing pain. The bereaved father had set out to devise a course of alternative medicine. His hydropathy drew such famous patients as Lord Tennyson and Florence Nightingale — and now Charles Darwin.
Because it bears repeating again and again that even the farthest seers can’t bend their gaze beyond their era’s horizon of possibility, Darwin was trapped between the medical lore of his day and the ineradicable human hope for miracles. Although Dr. Gully’s belief in clairvoyance and general susceptibility to unscientific thought sat uncomfortably with Darwin, he came to like the hydropath a great deal and readily submitted to his methods — which included “cold feet baths and compress on the stomach,” as well as a proprietary “sweating process.” 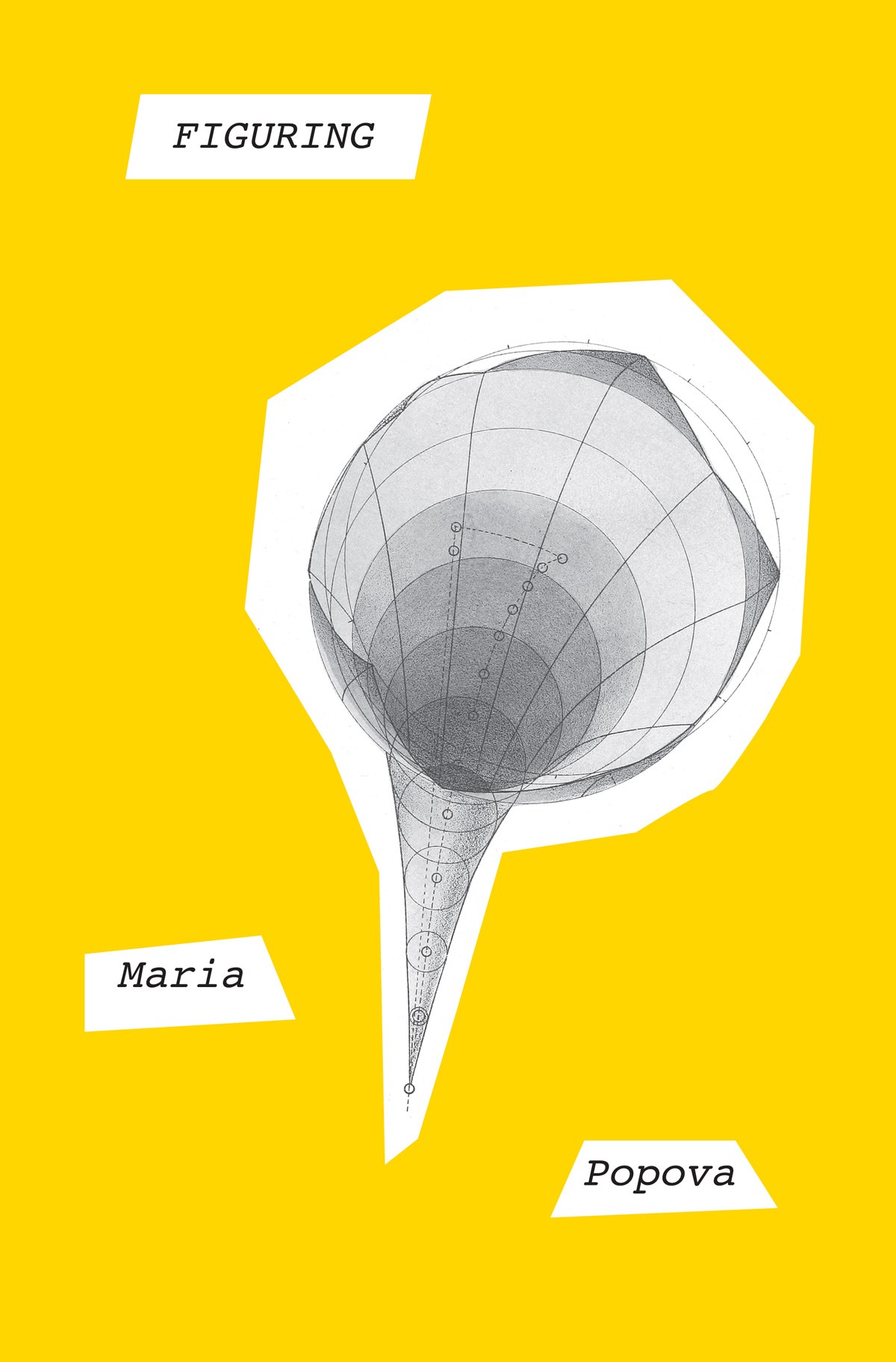 In the spring of 1849, ten years before On the Origin of Species shook the foundation of humanity’s understanding of life, the polymathic astronomer John Herschel — coiner of the word photography, son of Uranus discoverer William Herschel and nephew of Caroline Herschel, the world’s first professional female astronomer — invited the forty-year-old Charles Darwin (February 12, 1809–April 19, 1882) to contribute the section on geology to an ambitious manual on ten major branches of science, commissioned by the Royal Navy. Darwin produced a primer that promised to make good geologists even of readers with no prior knowledge of the discipline, so that they might “enjoy the high satisfaction of contributing to the perfection of the history of this wonderful world.”

Before coming here I was almost quite broken down, head swimming, hands tremulous & never a week without violent vomiting, all this is gone, & I can now walk between two & three miles. Physiologically it is most curious how the violent excitement of the skin, produced by simple water, has acted on all my internal organs.

A year earlier, the Darwins had traveled to the spa village of Malvern, where Charles was to try a new “cold water cure” devised by a Dr. James Gully. Darwin’s chronic illness at times manifested as insomnia, at other times as “dreadful vomiting every week.” It was never accurately diagnosed nor treated, and he was desperate for relief. One contemporary theory holds that he suffered from an acute anxiety disorder. Having read Dr. Gully’s The Water Cure in Chronic Disease, Darwin set his scientific skepticism aside and wrote to the physician, willing to try his treatment — he worried that the constant vomiting was getting in the way of his work. “If once half-well,” he wrote to his best friend, “I could do more in six months than I now do in two years.”

A perfectionist prone to debilitating anxiety, Darwin was vexed by the editorial process. But in the autumn of 1850, just as the manual was about to go to press, trouble of a wholly different order eclipsed the professional irritation: The Darwins’ beloved nine-year-old daughter, Annie — the second of their ten children and Charles’s favorite, fount of curiosity, sunshine of the household — fell ill with a mysterious ailment.
I mention all this out of gratitude to a process which I thought quackery a year since, but which now I most deeply lament I had not heard of some few years ago.
In Darwin’s defense, this was a time when medical science was so rudimentary that it bled into the same metaphysical manipulation techniques that religious rhetoric used to keep belief systems and power structures in place. Such manipulation was only possible because the line between science and pseudoscience was blurred again and again as modern medicine was finding its footing. Because the body — especially woman’s body — was so poorly understood and the paradigm of clinical trials was generations away, most medical treatments in Darwin’s day were based on some combination of speculation, common lore, and anecdotal trial and error. This was an era when bloodletting was the primary treatment of a vast array of sickness and the majority of early childhood illnesses — from diarrhea and colic to fever and restlessness — were attributed to teething. The all-inclusive malady was the most commonly listed cause of infant death in local registers and was treated with a litany of allegedly curative barbarisms — blistering, bloodletting, and massive doses of dubious medication. Parents would lance the inflamed gums of their infants using unsterilized kitchen utensils, which often inflicted infections that ended up as the true cause of fatality. One of the most common medications was a solution of calomel powder — mercury — given to the child until he or she began to salivate, now a recognized symptom of acute mercury poisoning. With their tongues swollen to manyfold the usual size, children often died of dehydration following calomel treatment, but neither parents nor physicians implicated the drug in causality for half a century. It took many more decades to uncover the permanent neurological damage — from seizures to tremors to chronic fatigue — on those who survived the treatment, with mercury lodged in their bodies for life.

As Annie was lying mortally ill, Charles Dickens and his wife were also at Malvern, where Catherine Dickens was undergoing hydropathy to improve her shaky health. Dickens, who had just lost his father, left Kate at Malvern just after Darwin arrived with Annie and returned home, where he was given harrowing news: His youngest daughter, Dora — named after David Copperfield’s child bride — had died, not yet one, after a sudden and inexplicable series of seizures. A decade later, in a letter of consolation to his sister upon the loss of her husband, Dickens would write that while grief never fully leaves, “a real earnest strenuous endeavour to recover the lost tone of spirit” is necessary if one is to go on with life — observing that in “a determined effort to settle the thoughts, to parcel out the day, to find occupation regularly or to make it, to be up and doing something, are chiefly to be found the mere mechanical means which must come to the aid of the best mental efforts.” The strategy seems almost banal. But anyone who has lived through loss will recognize in it the essential banality of survival — we come unmoored, then buoy ourselves up with the flimsiest of lifeboats, cobbled together out of any plank and rope we can grasp.
The Darwins left Malvern after three months. In a letter to John Herschel penned in June 1849, Charles set aside his discontentment over the editorial tensions with the manual and instead enthused about the treatment’s “astonishingly renovating action” on his health:
Although Annie would show intermittent signs of improvement — enough to give the anxious parents hope that what they were doing was effective — her health declined over the longer span of weeks. In the first days of spring, Darwin gave up on his home treatment, ended the medical diary, and braved the two-day passage to Malvern with Annie and two of her siblings, leaving Emma at home, seven months pregnant with the ninth of their ten children.

Seed, summer, tomb.
Who’s doom —
To whom?
When Charles and Emma first realized that their daughter’s condition was more than a fleeting sickness, they turned to what the era’s medical authorities prescribe for sickly children: sea-bathing, believed to be a reliable cure-all for symptoms ranging from “languor and weakness of circulation,” per one medical encyclopedia, to cases of “listless and indolent state of the mind.” A natural history and travel guide from the era describes the craze for sea-bathing at Ramsgate, a coastal resort in Kent: “A sudden plunge into the ocean causes the blood to circulate briskly, and promotes the heat of the body.” It was to Ramsgate that the Darwins first sent Annie, hoping for maritime recovery. But her illness only escalated into fever and headaches.

In submitting his manuscript, Darwin wrote to Herschel:

Despite Darwin’s elation over the effect of the “cold water treatment” on his own health, when Annie fell gravely ill, he couldn’t set aside his scientific doubts about Dr. Gully’s dubious beliefs in clairvoyance, homeopathy, and other pseudoscience. He scoffed in a letter:

This essay is excerpted from the thirteenth chapter of Figuring, titled “The Banality of Survival.”

On April 23, 1851, Annie Darwin dies in her father’s arms. Eight years later, On the Origin of Species would subvert the elemental human instinct with its argument for natural selection — the survival and improvement of the species through the demise of the individual. Death, Darwin would imply, is not unjust but inherently natural — part of the impartial laws holding the universe together, mortality unshackled from morality and metaphysics, leaving no room for charges of blame and pleas for mercy. “There is grandeur in this view of life,” Darwin would write, speaking perhaps to himself. Across the Atlantic, Emily Dickinson would ponder this cycle — “circuit,” she called it — of life and death:
“I am so thankful for the daguerreotype,” he writes.

[Homœopathy] is a subject which makes me more wroth, even than does Clairvoyance: clairvoyance so transcends belief, that one’s ordinary faculties are put out of question, but in Homœopathy common sense & common observation come into play, & both these must go to the Dogs, if the infinetesimal doses have any effect whatever… No one knows in disease what is the simple result of nothing being done, as a standard with which to compare Homœopathy & all other such things.

For other excerpts from Figuring, savor Emily Dickinson’s electric love letters to Susan Gilbert; the striking story of how Kepler invented science fiction and revolutionized our understanding of the universe while defending his mother in a witchcraft trial; wisdom on middle age and the art of self-renewal from the remarkable forgotten pioneer who in her ninety years translated the first American edition of Buddhist teachings, founded the first English-language kindergarten in the United States, and coined the word “Transcendentalism”; the story of how Hans Christian Andersen turned his greatest heartbreak into one of the most beloved fairy tales of all time; a lesson in tenacity and perseverance from the polymathic woman for whom the word “scientist” was coined; and the lost story of the nineteenth-century sculptor who blazed the path for women of color in art.

Such things were out of the question when it came to Darwin’s most beloved child — he entrusted her health to traditional medicine. In November 1850, the Darwins took their daughter to London to be seen by the prominent physician who had supervised her birth. After a second futile visit the following month — Annie had added a barking cough to her swelling chest of symptoms — Darwin was once again desperate, betrayed by medical science. He finally gave in and wrote to Dr. Gully for advice, then commenced a water treatment at home under the doctor’s instruction, planning to take Annie back to Malvern in the spring for a proper “water cure.” But even this home remedy Darwin approached with scientific rigor. In a medical diary of sorts, he meticulously recorded Annie’s changing condition as he applied the six-part method, which included Dr. Gully’s proprietary “spinal wash” (a towel repeatedly drenched in icy water is swept up and down the patient’s spine) and “sweating by the lamp” (the patient is draped with a tent of sheets, under which a lamp containing alcohol is lit, producing nearly unbearable heat).
With Annie’s body still warm beside him, Darwin drags the pen across the letter paper, across the British archipelago, across his lacerated consciousness, to deliver to Emma the most undeliverable news in the universe.
I much fear, from what you say of size of type that it will be too long; but I do not see how I could shorten it, except by rewriting it, & that is a labour which would make me groan. I do not much like it, but I have in vain thought how to make it better. I should be grateful for any corrections or erasures on your part.