For Hall and Kenyon, the third thing was the pond near their home. He writes:
We did not spend our days gazing into each other’s eyes. We did that gazing when we made love or when one of us was in trouble, but most of the time our gazes met and entwined as they looked at a third thing. Third things are essential to marriages, objects or practices or habits or arts or institutions or games or human beings that provide a site of joint rapture or contentment. Each member of a couple is separate; the two come together in double attention. Lovemaking is not a third thing but two-in-one. John Keats can be a third thing, or the Boston Symphony Orchestra, or Dutch interiors, or Monopoly.
What we did: we got up early in the morning. I brought Jane coffee in bed. She walked the dog as I started writing, then climbed the stairs to work at her own desk on her own poems. We had lunch. We lay down together. We rose and worked at secondary things. I read aloud to Jane; we played scoreless ping-pong; we read the mail; we worked again. We ate supper, talked, read books sitting across from each other in the living room, and went to sleep. If we were lucky the phone didn’t ring all day… Three hundred and thirty days a year we inhabited this old house and the same day’s adventurous routine.
Hall’s 1999 poetry collection Without (public library) is the breathtakingly beautiful record of that abiding companionship. Complement it with Anna Dostoyevskaya on the secret to a happy marriage and Wendell Berry on what poetry teaches us about the secret of marriage and Adrienne Rich on honorable human relationships.

Reflecting on his life with the love of his life — the poet Jane Kenyon, herself the keeper and giver of uncommonly clarifying wisdom on writing and life — Hall considers the secret to the kind of lasting love that blooms between the mundane and the magical. An epoch after Virginia Woolf exulted in “the bead of sensation” that punctuates the dailiness of any durational love to make it last, Hall writes:

Jane Kenyon and I were married for twenty-three years. For two decades we inhabited the double solitude of my family farmhouse in New Hampshire, writing poems, loving the countryside. She was forty-seven when she died. If anyone had asked us, “Which year was the best, of your lives together?” we could have agreed on an answer: “the one we remember least.” There were sorrowful years — the death of her father, my cancers, her depressions — and there were also years of adventure: a trip to China and Japan, two trips to India; years when my children married; years when the grandchildren were born; years of triumph as Jane began her public life in poetry: her first book, her first poem in the New Yorker. The best moment of our lives was one quiet repeated day of work in our house. Not everyone understood. Visitors, especially from New York, would spend a weekend with us and say as they left: “It’s really pretty here” (“in Vermont,” many added) “with your house, the pond, the hills, but … but … but … what do you do?”
We lived in the house of poetry, which was also the house of love and grief; the house of solitude and art; the house of Jane’s depression and my cancers and Jane’s leukemia. When someone died whom we loved, we went back to the poets of grief and outrage, as far back as Gilgamesh; often I read aloud Henry King’s “The Exequy,” written in the seventeenth century after the death of his young wife. Poetry gives the griever not release from grief but companionship in grief. Poetry embodies the complexities of feeling at their most intense and entangled, and therefore offers (over centuries, or over no time at all) the company of tears. As I sat beside Jane in her pain and weakness I wrote about pain and weakness. Once in a hospital I noticed that the leaves were turning. I realized that I had not noticed that they had come to the trees. It was a year without seasons, a year without punctuation. I began to write “Without” to embody the sensations of lives under dreary, monotonous assault. After I had drafted it many times I read it aloud to Jane. “That’s it, Perkins,” she said. “You’ve got it. That’s it.” Even in this poem written at her mortal bedside there was companionship. 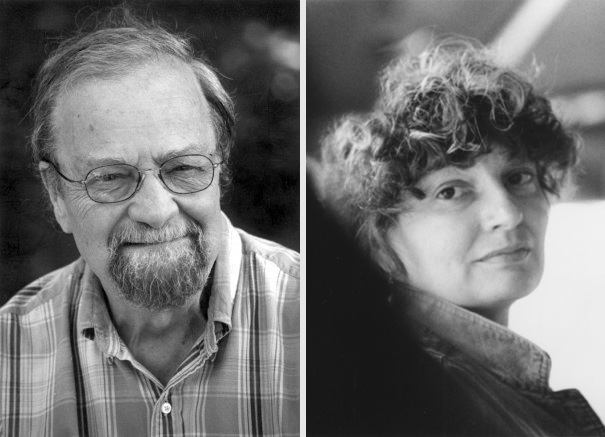 The power of that mysterious and magical something is what the poet and essayist Donald Hall (September 20, 1928–June 23, 2018) explores in a gorgeous essay titled “The Third Thing,” which appeared on the pages of Poetry — the world’s most enduring and visionary poetry magazine — in the autumn of 2004. 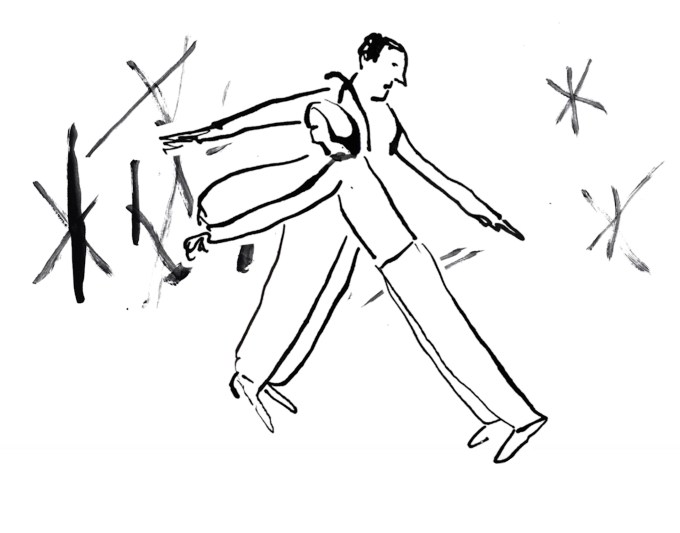 Hall’s most piercing point is that the third thing, rather than being an extraneous adornment of the relationship, is a central form of companionship. But while it is indispensable, it is not irreplaceable — it doesn’t so much matter what the thing is, only that it is.

But the substance of this daily love, Hall argues, is not the stuff of romantic tropes. Echoing Little Prince author Antoine de Saint-Exupéry’s beautiful insistence that “love does not consist of gazing at each other, but in looking outward together in the same direction,” Hall writes:

We had our summer afternoons at the pond, which for ten years made a third thing. After naps we loaded up books and blankets and walked across Route 4 and the old railroad to the steep slippery bank that led down to our private beach on Eagle Pond. Soft moss underfoot sent little red flowers up. Ghost birches leaned over water with wild strawberry plants growing under them. Over our heads white pines reared high, and oaks that warned us of summer’s end late in August by dropping green metallic acorns. Sometimes a mink scooted among ferns… Jane dozed in the sun as I sat in the shade reading and occasionally taking a note in a blank book. From time to time we swam and dried in the heat. 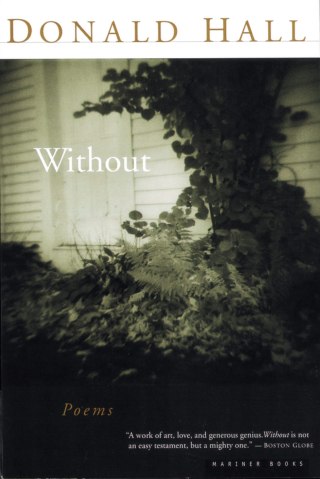 When a landfill leakage destroyed their beloved pond, Hall and Kenyon still had their other third thing — poetry. Reflecting on its unparalleled power of perspective, its power to connect and console in the face of life’s darkest moments, he writes:

What we did: love.