With his poetic ear pressed to the pulses of compression and rarefaction unspooled by the tuning-fork as it pinches matter into waveform, Johnson writes:
These alternate equidistant forces travel at the rate of 1,180 feet per second through the elasticity of air, four times that through water (whale to singing whale), and fifteen times as fast through pure steel.
This vibrating tree is trunked with neurobiology, rooted in the physics of cartilage and “Come Together”:

“A rough sound was polished until it became a smoother sound, which was polished until it became music,” Mark Strand wrote in his splendid poem “The Everyday Enchantment of Music,” touching on the materiality of that enchantment: Music is matter dancing in the mind.
That singular interplay between nature and the human spirit is what the poet Ronald Johnson (November 25, 1935–March 4, 1998) explores throughout his magnificent forgotten masterpiece ARK (public library) — an epic poem of reality radiating the spirit of The Universe in Verse, partway between Blake and Feynman, harmonizing modernist verse with prose poetry. To describe his unexampled work, Buckminster Fuller coined the word “philoverse.” In 1980, decade after he began composing them, Johnson published the first thirty-three “beams” — as he termed each of the numbered poetic particles comprising the epic totality — as ARK: The Foundations. He continued adding beams along the remaining vector of his life.
Pattern laps pattern, and as they joined, Charles Ives heard the 19th Century in one ear, and the 20th out the other, then commenced to make a single music of them. The final chord of the 2nd Symphony is a reveille of all notes at once, his Fourth of July [Variations on “America”, composed when Ives was 17] ends with a fireworks of thirteen rhythmic patterns zigzagging through the winds and brasses, seven percussion lines criss-crossing these, the strings divided in twenty-fours going up and down every-which way — and all in FFFF.

Johnson’s ARK is a symphonic read in its entirety. Complement this fragment with a constellation of beloved writers on the power of music, Nick Cave on music, feeling, and transcendence in the age of technology and the poetic neurologist Oliver Sacks — who saw biology and Bach as a unified field of experience — on why music moves us so, then revisit the great physician and poet Lewis Thomas on the poetics of smell as a mode of knowledge and poet A. Van Jordan’s Feynman-inspired inquiry into truth and tenderness at the nexus of science and meaning.

Among the animating questions of the epic poem is the relationship between science and music — that reverberation across matter and mind, which Johnson hints at from the very beginning with his choice of epigraph, quoting one of Gertrude Stein’s exquisite encryptions of elemental truth: “anything shut in with you can sing.”

The outer shell leads to a membrane drum — and what pressure needed to sound this drum is equal to the intensity of light and heat received from a 50-watt electric bulb at the distance of 3,000 miles in empty space. (Though sound cannot travel, as light, through the void.) At the threshold of hearing the eardrum may be misplaced as little as a diameter of the smallest atom, hydrogen.

With an eye to the pioneering composer Charles Ives — creator of what may be the first radical piece of music in the twentieth century: the haunting 1906 orchestral masterpiece Central Park in the Dark, which traveled backward in time by drawing on the sounds of nature before Industrial humanity and forward in time by laying the groundwork for the polytonal and polyrhythmic experimental music that would score the following century — Johnson writes: 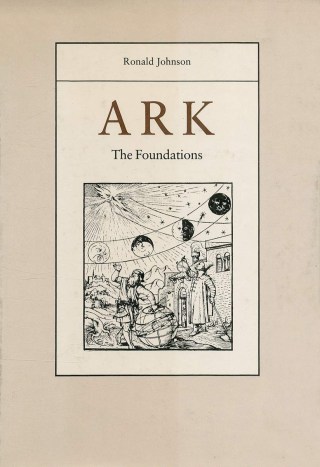 Music has a profound spiritual power over us — an echo of what Aldous Huxley called “the blessedness that is at the heart of things.” But at the heart of the blessedness is a biological symphony — a sensorial interface between the human body and the fundamental forces of physics, a wilderness of shimmering synapses converting current into the song of feeling. Kierkegaard intuited this an epoch before the birth of neuroscience as he located the unparalleled power of music in the interplay between the spiritual and sensual, and Whitman understood it in celebrating music as the profoundest expression of nature.

The physicists tell us that sounding bodies are in a state of stationary vibration, and that when the word syzygy last shook atoms, its boundary was an ever slighter pulse of heat, and hesitation of heat. Matter delights in music, and became Bach. Its dreams are the abyss and empyrean, and to that end, may move, in time, the stones themselves to sing.

Sound is sea: pattern lapping pattern. If we erase the air and slow the sound of a struck tuning fork in it, it would make two sets of waves interlocking the invisibility in opposite directions.

Both tuning fork and Fourth are heard by perturbations of molecules, through ever more subtle stumbling blocks, in spiral ricochet, to charged branches treeing in the brain.

A resonance is set up in a spiral shell-shape receptor turned with yet another, also spiral, membrane. This is the pith of labyrinth, and as sound waves themselves it trembles two directions at once, crosswise and lengthwise.
A century and a half after Margaret Fuller scandalized her fellow Transcendentalists with the radical assertion that “all truth is comprised in music and mathematics,” and a generation before a colossal four-kilometer tuning fork a century in the making detected the sound of spacetime with the epoch-making discovery of gravitational waves, Johnson considers the scientific poetics of sound in the seventh of his “beams”:

Shut to air, this window vibrates another windowed membrane, tuning a compressed fluid between. Here, also, is couched our sense of the vertical.

Conducting the bone orchestra of hammer, anvil, and stirrup at the membrane drum of the oval window that stretches between the middle ear and the cochlea, Johnson writes:

After a bright sidewise detour to Orpheus and Thoreau, to the synesthetic seeing-ear of the bat and the vernal sensuality of birdsong, Johnson loops back to the crucible of matter and mind: