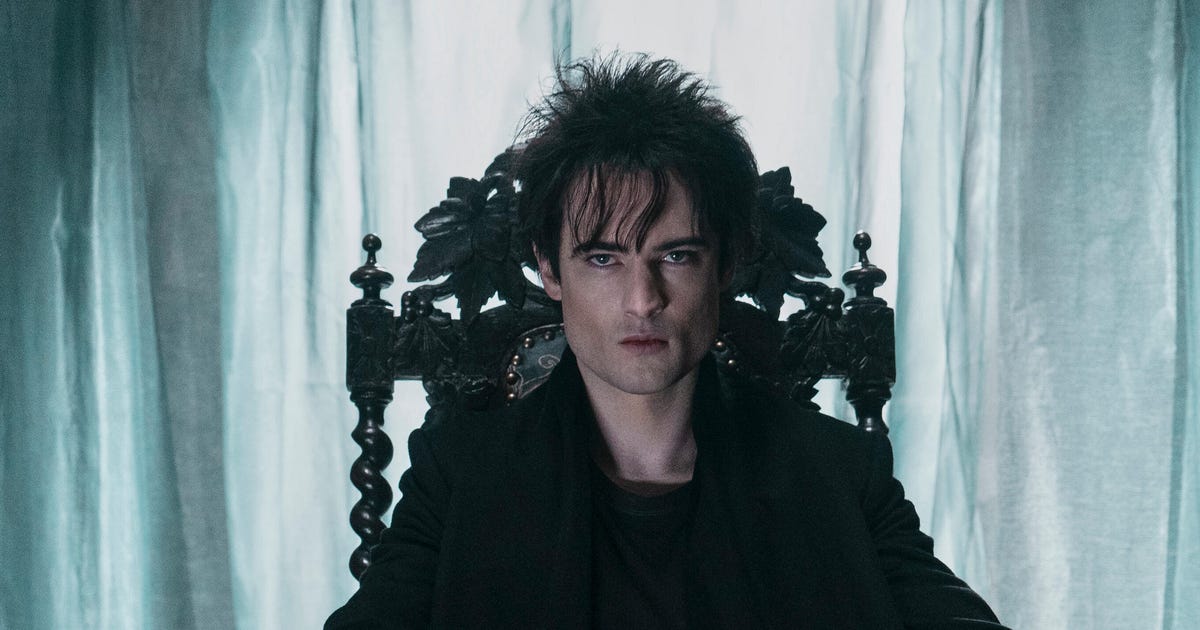 It isn’t a dream: Netflix fantasy series The Sandman has been renewed for season 2. It looks like fans will get to see Tom Sturridge’s Dream take on Gwendoline Christie’s Lucifer after all, in a fight for Hell, the Dreaming and the world we know.
According to a Netflix statement, “The new episodes of the series will dive into that conflict [between Morpheus and Lucifer] and continue to explore the many challenges facing the universe in the wake of Morpheus’ century-long absence.” Co-creator David Goyer also added that the new episodes will allows us to meet the rest of Dream’s family, the Endless.  It took years for author Neil Gaiman’s critically acclaimed comic to come to the screen, and it took a surprising amount of time for Netflix to confirm a second season of the show despite it becoming a hit when it premiered in August. According to Netflix, season 1 was watched for nearly 70 million hours in its first week and doubled that in its second week. But Gaiman told fans on Twitter that the show’s high cost probably made renewal less of a foregone conclusion than you might expect.

Gaiman created The Sandman comics with artists Sam Kieth and Mike Dringenberg (and many others), running from 1989 to 1996 (plus spinoffs). After various failed attempts to make a movie, the 10-episode Netflix series began streaming on Aug. 3. In an unusual move Netflix followed up with a bonus 11th episode after season 1’s finale, adding a pair of standalone stories from the original comics.
Netflix’s decision to renew the show was initially revealed by a tweet from the DC Comics account that was quickly deleted. But Gaiman then confirmed that “The rumours are true… the thing we were all hoping would happen has indeed happened.” Technically he didn’t call it “season 2” but shared a short teaser video that ended with the words “The dream continues.”