In the scientific counterpart to the 19th-century naturalist John Muir’s poetic observation that “when we try to pick out anything by itself, we find it hitched to everything else in the universe,” and in a premise far subtler and more intellectually robust than the enticing but limited notion of panpsychism, Schrödinger considers the central empirical fact of this “doctrine of identity”:
The reason why our sentient, percipient and thinking ego is met nowhere within our scientific world picture can easily be indicated in seven words: because it is itself that world picture. It is identical with the whole and therefore cannot be contained in it as a part of it. But, of course, here we knock against the arithmetical paradox; there appears to be a great multitude of these conscious egos, the world however is only one. This comes from the fashion in which the world-concept produces itself. The several domains of “private” consciousnesses partly overlap. The region common to all where they all overlap is the construct of the “real world around us.” With all that an uncomfortable feeling remains, prompting such questions as: Is my world really the same as yours? Is there one real world to be distinguished from its pictures introjected by way of perception into every one of us? And if so, are these pictures like unto the real world or is the latter, the world “in itself,” perhaps very different from the one we perceive?
In October 1956, Schrödinger delivered a set of lectures at Trinity College under the title Mind and Matter, posthumously included in his lecture collection What Is Life? (public library). A generation of science later, on the cusp of our own century, the visionary mathematician, philosopher of science, and Nobel laureate Roger Penrose described the book as brimming with “points that, once they are grasped, have a ring of almost self-evident truth; yet they are still blindly ignored by a disconcertingly large proportion of people.” Today, as we continue to unravel the ongoing mysteries of mind and matter — which might be a single and permanent mystery — Schrödinger’s book remains a tapestry of ideas epochs ahead of their time, yet stretching back to some of humanity’s most ancient wisdom.

A quarter century earlier, while Schrödinger was doing the quantum work that would earn him the Nobel Prize, the young Hannah Arendt — perhaps the most penetrating philosophical mind of the twentieth century — captured this aspect of consciousness in its most intimate manifestation, observing that if love is ever to prevail over the entropic inevitability of loss, “the only valid tense is the present, the Now.”

“Our minds are all threaded together,” the twenty-one-year-old Virginia Woolf wrote in her diary in the first years of the twentieth century, “& all the world is mind.” Those were the dawning days of quantum mechanics, just beginning to illuminate a whole new order of golden threads holding the world together, just beginning to reverse-engineer the loom with nothing more than the human mind. A decade after Woolf’s death, the Nobel-winning quantum pioneer Erwin Schrödinger (August 12, 1887–January 4, 1961) would bring the lens of his new science to this age-old question threading together the minds of artists, philosophers, and mystics since the dawn of thought.

Schrödinger’s point seems at first more poetic than scientific, consonant with Ursula K. Le Guin’s perceptive observation that “science describes accurately from outside, poetry describes accurately from inside, [and] both celebrate what they describe.” And yet beneath this surface intuition is the point itself: such binaries are themselves a function of our misplaced dualism. The barrier between the poetic and the scientific does not exist any more than the barrier between subject and object, or between any two minds. (This, of course, is what The Universe in Verse celebrates.) Schrödinger considers how we have erected these artificial barriers to cope with the “arithmetical paradox” of one-mind:

The reflexive impulse to counterargue — perhaps by invoking the psychiatric disorder of dissociative identity, or some classic Oliver Sacks case study of a neurophysiological lesion resulting in multiple personalities — must be preempted with the simple recognition that personality, personae, and all the other performances of personhood we call identity are still playing out on the single stage of a person’s one and only consciousness. And yet the theater of reality is only one — there is only one world, atom by atom and moment by moment. With this, Schrödinger arrives at his Woolfian point:

Our science — Greek science — is based on objectivation, whereby it has cut itself off from an adequate understanding of the Subject of Cognizance, of the mind. But I do believe that this is precisely the point where our present way of thinking does need to be amended, perhaps by a bit of blood-transfusion from Eastern thought. That will not be easy, we must beware of blunders — blood-transfusion always needs great precaution to prevent clotting. We do not wish to lose the logical precision that our scientific thought has reached, and that is unparalleled anywhere at any epoch. 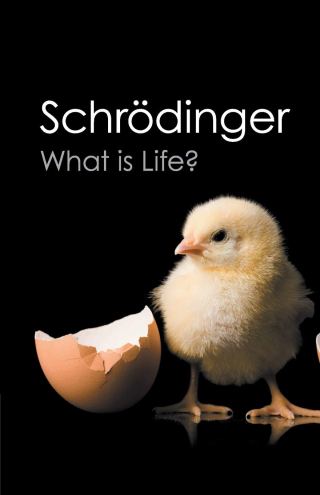 With an eye to the ego’s illusion of separateness from the totality of life and the ancient Buddhist notion of no-self — which the great Zen teacher Thich Nhat Hanh would articulate with ravishing vividness in his account of the epiphany he had the year of Schrödinger’s death — Schrödinger writes:

Drawing on his lifelong inquiry into the relationship between quantum physics and Vedanta, Schrödinger writes:

Precisely because we perceive the world not as it is but as we are — because our world-concept is shaped by the particular atoms of experience and neurochemistry composing our particular unchosen minds — Schrödinger observes that such questions, while genuine and natural, are actually “sham questions” that only further muddle this paradox of numbers — the numerous conscious egos of which the one world is composed. Instead, he endeavors to borrow from Eastern philosophy its “doctrine of identity” — a term uncolored then by our present political connotations, which he uses to mean rather the opposite: the inter-identification of minds with each other due to each mind being identical with the whole — and to integrate it with the Western scientific worldview “without having to pay for it by a loss of soberness and logical precision” — an endeavor still met with staggering resistance by mainstream science, yet one taken up with renewed rigor by a new generation of scientists.

The over-all number of minds is just one. I venture to call it indestructible since it has a peculiar timetable, namely mind is always now. There is really no before and after for mind. There is only a now that includes memories and expectations.

The same elements… compose my mind and the world. This situation is the same for every mind and its world, in spite of the unfathomable abundance of “cross-references” between them. The world is given to me only once, not one existing and one perceived. Subject and object are only one. The barrier between them cannot be said to have broken down as a result of [discoveries] in the physical sciences, for this barrier does not exist.