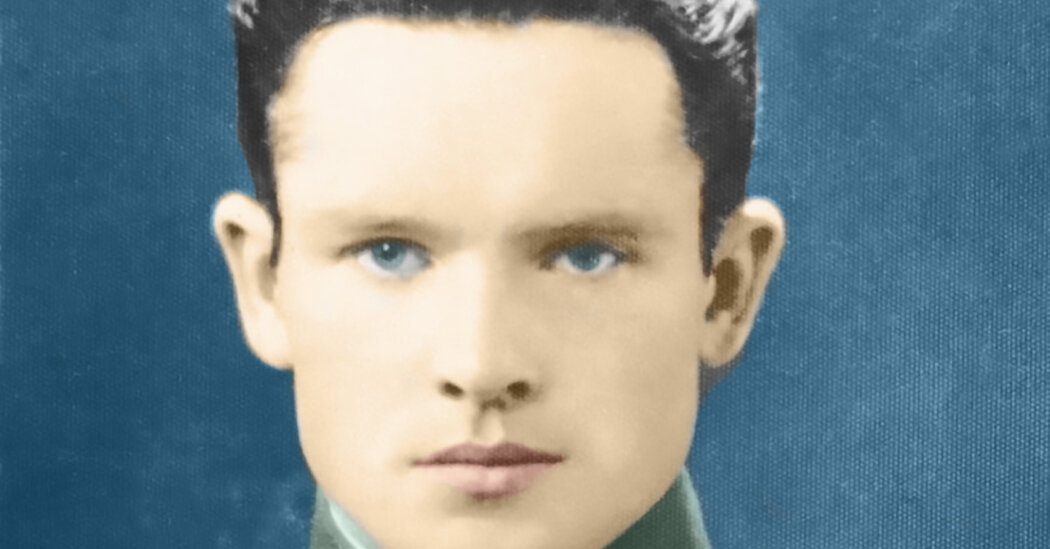 He did stand up to the Nazis, not by saving Jews but by trying to stymie recruitment for the SS. In March 1943, he was sent to a Nazi concentration camp. He was released in January 1945, then conscripted by the Red Army. Later that year, he began organizing the revolt against the Soviets, who had turned from Lithuania’s liberators to its occupiers. The Soviets captured him the next March. He was executed in February 1947 at the age of 36.
In 1933, as a young soldier in the Lithuanian Army, he wrote “Raise Your Head Lithuanian,” Lithuania’s equivalent of “Mein Kampf,” which incited hate toward Jews as a solution to Lithuania’s problems. In June 1941, he led an uprising against the Soviets, even as he was collaborating with the Nazis. In July, he ordered the murder of all of the 2,000 Jews in Plunge, the town from which he led the uprising. In August, the Germans welcomed him as the new district chief of the Siauliai region, and the same month he signed orders to send thousands of Jews to their eventual deaths. Under his watch, roughly 8,000 Jews were killed.
In the version of history that is now celebrated by Lithuanians, my grandfather and others like him were forced to sign those documents by the Germans. But when I dug deeper, I learned that becoming district chief brought him the best house in the region, about 1,000 reichsmarks each month and a job for my grandmother. That sounded to me more like temptation than coercion.
I have made my peace with my grandfather. I have vowed to reveal his crimes by giving witness to the truth, and I have vowed to try to correct Lithuania’s memory of the Holocaust, in part by asking for honors bestowed on him to be stripped. This can lead to reconciliation between Lithuanians and Jews as we remember what happened and learn from it to ensure it never happens again. Perhaps acknowledging this truth will allow Lithuanians to have a healthier national identity and a pride in our poetry, our language, our food — but not our dark past.
Silvia Foti is a high school teacher, a journalist and the author of the forthcoming “The Nazi’s Granddaughter: How I Learned My Grandfather Was a War Criminal.”
The passage of time has created the space to speak about the truth, but also increased the urgency of doing so before remaining memories fade and another generation passes. Analysis of a dark past is always traumatic. But we will never achieve clarity and healing if we base our history on lies. Although later generations might not know the details, they will still experience the emotional pain passed down from parent to child to grandchild.
Transforming a Nazi collaborator into a national hero requires four steps of manipulation. One step shifts all the blame to the Nazis, even though my grandfather, like many Lithuanians, willingly participated in slaughtering Jews. The second step creates a victim narrative, asking how a Jew killer could be sent to a Nazi concentration camp. The third step discredits counternarratives by labeling them as Communist propaganda told by enemies of the state. The final step refuses to accept that two seemingly contradictory truths can coexist: Noreika bravely fought against the Communists and shamefully participated in killing Jews.
The Times is committed to publishing a diversity of letters to the editor. We’d like to hear what you think about this or any of our articles. Here are some tips. And here’s our email: letters@nytimes.com.
Did Lithuanian officials actively hide the truth because it would make the country look bad? Or were they in genuine denial in a democracy too fragile to face its own history? Unfortunately, this isn’t just about my grandfather. He is a microcosm of the entire national story, and that national story echoes across Eastern Europe.
After researching his life for the past 20 years, I’ve dared to call my grandfather a Nazi even though he never officially joined the party. He worked with the Nazis, acted like them, was paid by them, hated Jews like them and, like them, facilitated torture and murder.
Follow The New York Times Opinion section on Facebook, Twitter (@NYTopinion) and Instagram.