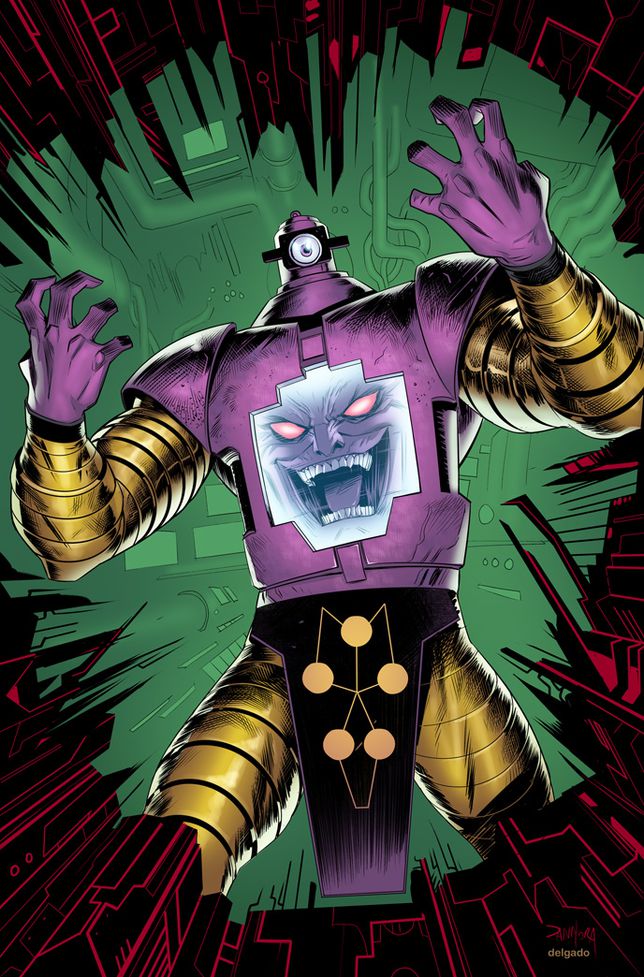 A whole multiverse of SPOILERS lies ahead.

Zola-Ultron confronts Killmonger.
We’re also introduced to a new version of Gamora (voiced by Cynthia McWilliams), one who defeated Thanos, stole his armor and destroyed the Infinity Stones with the Infinity Crusher — experience that’ll seemingly be vital in defeating the empowered Ultron. This universe’s Tony Stark briefly prepares to fight the Watcher, but the big guy basically says “Shut up Stark, you’re not important here.” Tony could probably do with hearing that more often.

Guardians of the Multiverse

Peering in, she sees the Hydra-Stomper armor. And there’s apparently someone inside.
Entertain your brain with the coolest news from streaming to superheroes, memes to video games.

That’s it for this season of What If …?, but season 2 is confirmed and will likely arrive in 2022 or 2023. You don’t have to wait that long for your next dose of Marvel, though — Eternals hits theaters Nov. 5, and Hawkeye kicks off on Disney Plus Nov. 24.

Presumably, this plot point will be resolved in season 2.

More mid-credits, but you get it. Peggy suggests she be returned to World War II as a reward (much like Steve Rogers went back in Avengers: Endgame), but the Watcher convinces her that she’s needed in modern times. Back to the SHIELD vessel, her universe’s Black Widow reveals that she’s found a shipping container that’ll interest Peggy.

It’s unclear what the deal with Steve is — it’s possible he was captured by Hydra after WWII. If he aged normally, he’d be in his mid-90s by this point, but he may have been kept in cryogenic stasis (like Bucky Barnes). The Hydra-Stomper was initially powered by the Tesseract, which contained the Space Stone, so it’s possible Hydra is harnessing residual energy from that.
Strange Supreme agrees to watch over the trapped villains and make sure they don’t escape. Since Strange is already in a pocket dimension, it’s essentially a pocket dimension within a pocket dimension.

Natasha manages to defeat Ultron by infecting him with the AI copy of Hydra scientist Arnim Zola (Toby Jones), as she and the late Hawkeye previously attempted.
Predictably, Killmonger and Zola both make grabs for the Infinity Stones. Killmonger reasons that they can use them to fix their worlds, and prepares to slaughter the heroes when they refuse to go along with his plan.

Most of the others are returned to their realities at the moment they left. Since Black Widow from the Age of Ultron reality is the last person alive there, she understandably refuses to return. Instead, she’s sent to the universe where Black Widow and a bunch of other Avengers candidates were slain by Hank Pym, and defeats the world-conquering Loki.
In the wake of that defeat, the desperate Watcher turned to the corrupted Strange Supreme to seek his help and we ask the question: What If… The Watcher Broke His Oath?

2:11
Gamora makes her What If…? debut in the season 1 finale.
Presumably this is Steve Rogers, whom Peggy thought she’d left behind when she traveled to modern times after leaping into a time portal to fight Hydra’s champion back in WWII (that’s a complicated sentence).
The Watcher gathers a bunch of the heroes we’ve seen in previous episodes — Captain Carter, Star-Lord T’Challa, Strange Supreme, Killmonger, Party Thor and Age of Ultron Black Widow — for his anti-Ultron squad, plucking them from their universes at pivotal moments.

After an Infinity Stone-empowered Ultron marched across the multiverse last week, episode 9 — the season finale — of alternate reality Marvel Cinematic Universe animated series What If…? arrived on Disney Plus Wednesday. The deadly AI even beat up the all-seeing Watcher (Jeffrey Wright), revealing that the previously untouchable godlike being was vulnerable.

The Guardians of the Multiverse gather in the most heroic location: the pub.
T’Challa (the late Chadwick Boseman) returned to Earth to rescue Peter Quill (Chris Pratt) from his Celestial father, Ego (Kurt Russell). Thor is battling Ultron drones in Las Vegas, while bemoaning the fact that they ruined his date with Jane Foster. 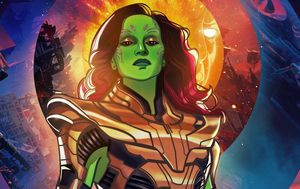