[Valentine Hugo, André Breton, Tristan Tzara, Greta Knutson – “Cadavre Exquis”] “We think philosophy is due an ethos change; one where the myth of the ‘lone genius’ is dispelled and where co-authoring is both encouraged and acknowledged.” 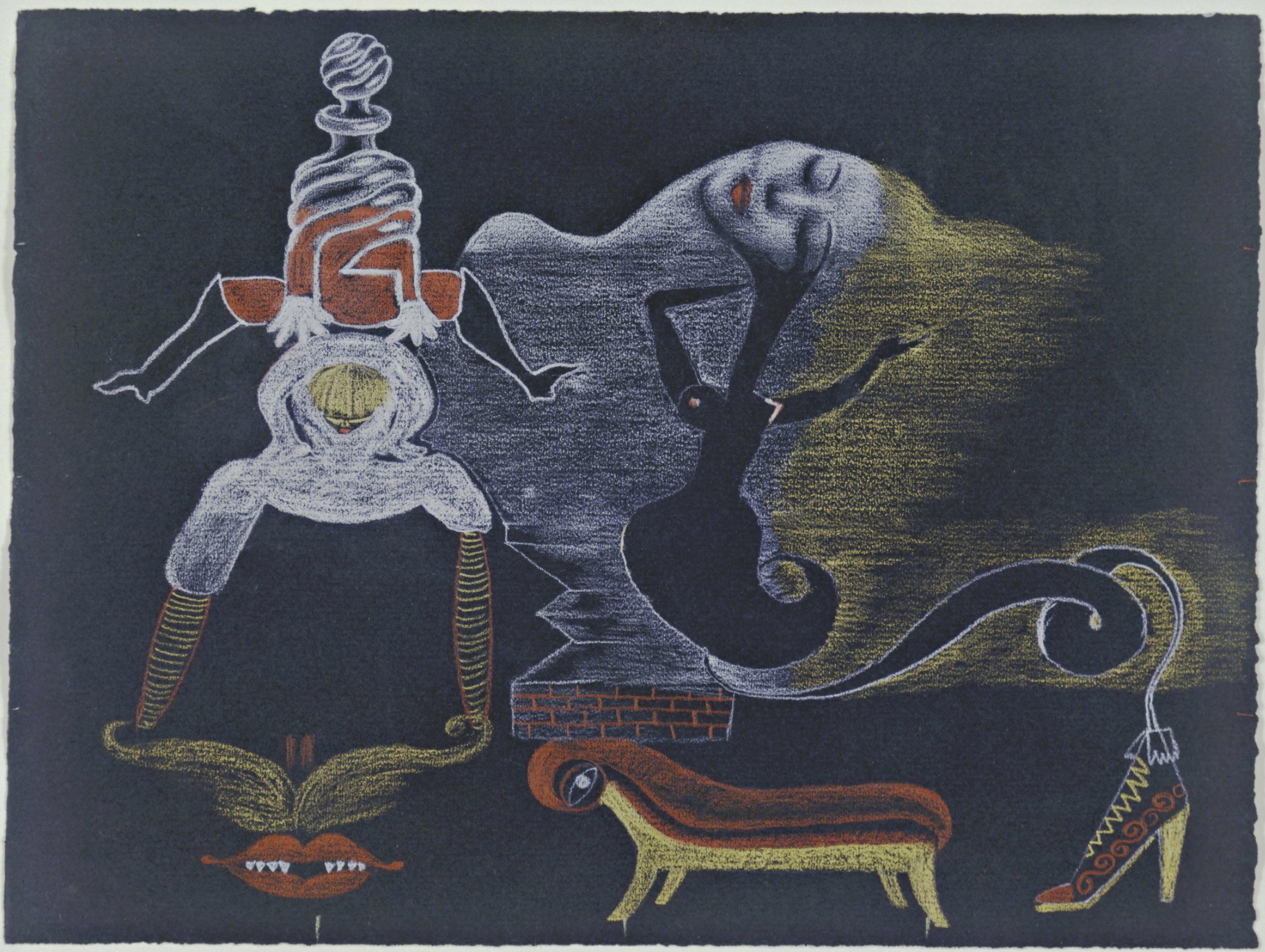 That one of us—Justin—approached the other one of us—David—for help in acquiring actual data on co-authorship in philosophy. That was a good call on the part of Justin, if we don’t say so ourselves, because David is one of the creators and editors of the amazing, if we don’t say so ourselves, online repository of philosophical research, PhilPapers.

Theirs is not the first call for more co-authorship in philosophy. Moravec and West refer to a post here at Daily Nous from a few years ago in which Eric Schliesser (Amsterdam) and Joshua Miller (Georgetown) noted that co-authorship is relatively uncommon in philosophy and, among other things, looked at reasons why it is “deprecated” in the discipline. And Schliesser and Miller in that piece refer to some earlier writings on the same topic.
Two notes about this data. First, it is based on works in the PhilPapers database, which has some limitations as a data source for present purposes, such as a focus on English-language publications. Second, the data includes a wide range of types of philosophical publications. When the search was limited to just articles published in a limited set of well-known philosophy journals, the rise was from around 5% in 1900 to around 17% in 2021, with again around two-thirds of that growth occurring over the past two decades. 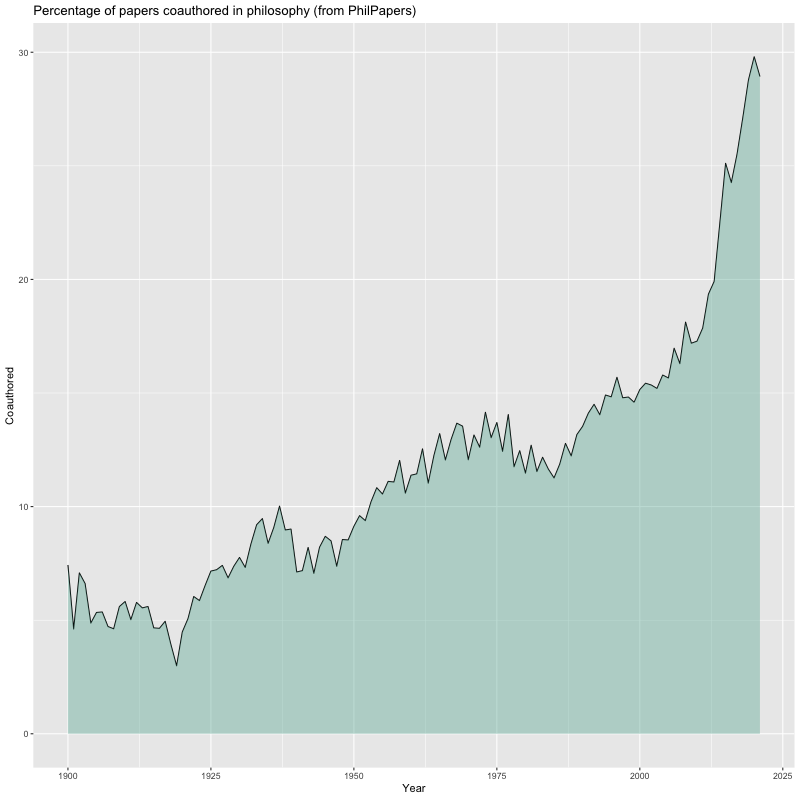 Those are the words of Matyáš Moravec and Peter West (Durham) in a recent essay at The Philosopher, in which they discuss some of the advantages of philosophical co-authorship and urge more of it. Perhaps they’ll be pleased that this post is co-authored.
What has caused this recent steep increase in co-authorship in philosophy? Closer examinations of the co-authored pieces might reveal some answers. One could investigate whether the growth of co-authoring has been more pronounced in certain subfields or on certain topics, or is correlated with increased acceptance of interdisciplinary work in philosophy, or is tied to the use of particular methodologies or tools, or is more common on works that emerge from large-scale grants (like those from the Templeton Foundation, which was founded in 1987), and so on. Other factors may have also played a role, such as the development, through computers and communications technology (email), of rapidly shareable and easily editable manuscripts. Maybe economic conditions have a direct or indirect effect (e.g., increased competitiveness in the job market has spurred an increase in publications by graduate students, and perhaps these are more likely to be co-authored, particularly with mentors). And broader changes in the culture of academic philosophy, from more adversarial to more cooperative, may have played a role here, too. At this point these are just speculations, though.
by David Bourget (Western University) & Justin Weinberg (University of South Carolina)
with assistance from David Chalmers (New York University)