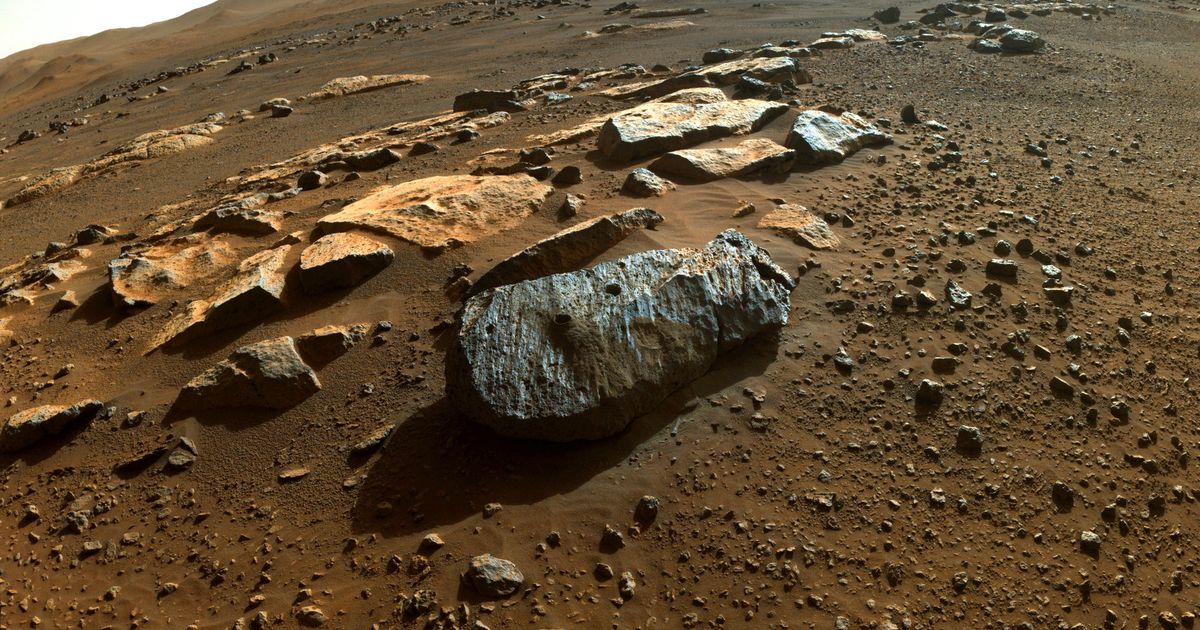 This story is part of Welcome to Mars, our series exploring the red planet. The samples could end up on Earth as soon as the early 2030s. NASA is working on an ambitious sample-return mission. A closer study under lab conditions on our planet could give scientists tons of information about the crater’s history.
NASA had high hopes for Mars’ Jezero Crater and what it could tell us about the potential for past life on the red planet. The Perseverance rover’s first rock core samples from this now-dry lakebed are giving scientists plenty of reason to get excited.

From the lab to your inbox. Get the latest science stories from CNET every week.
After its first sample collection attempt crumbled, Perseverance triumphed by successfully drilling and stashing its first core sample from a different rock nicknamed “Rochette.” It then followed that up with a second sample. Analysis shows Rochette appears to be volcanic in origin.

“It looks like our first rocks reveal a potentially habitable sustained environment,” Perseverance project scientist Ken Farley of Caltech said in a NASA statement on Friday. “It’s a big deal that the water was there a long time.” Researchers have been investigating just how long water had lingered on the lakebed. If groundwater was present for long stretches, it could have been conducive to microbial life.
CNET Science
NASA’s Perseverance rover collected its first two Martian rock cores from “Rochette,” the rock near the center of the image. NASA has spotted other potentially habitable ancient regions on Mars, but the prospect of bringing a piece of one of these back to Earth is one of the major advancements of the Perseverance mission.
NASA’s newest rover is seeking signs of ancient microbial life on the red planet. These initial results from its rock studies are an encouraging sign the Jezero Crater is the perfect place to explore to help answer the big question: Was there ever life on Mars? 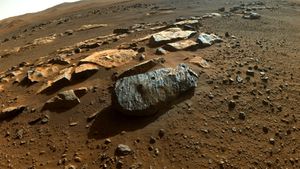