Half a millennium after the polymathic physicist, philosopher, inventor, and mathematician Blaise Pascal considered the limits of the logical mind against intuition, and a generation before philosopher Martha Nussbaum made her penetrating case for the intelligence of emotions, Ortega offers an antidote to the common cultural snobbery about what intelligence means — the kind of snobbery particularly virulent among the privileged and overeducated. Echoing Henri Bergson’s perceptive and paradoxical observation that “the intellect is characterized by a natural inability to comprehend life,” he writes:
Lamenting the “extremely small” number of truly intelligent people, Ortega hastens to anchor the lament in a definition of intelligence rooted not in the intellectual snobbery of Western high culture, which equates intelligence with erudition and acumen in the narrow domain of verbal-mathematical ability, but in something more akin to the Eastern notion of mindfulness — the sort of unclouded perception and clarity of consciousness at the heart of Buddha-nature and Zen-mind. In consonance with Simone de Beauvoir’s insistence that intelligence “is nothing else but the presence which is attentive to the world and to itself,” Ortega writes:
Complement with Proust on how our intellect blinds us to the wisdom of the heart, then revisit Ortega’s sweeping meditation on love, attention, and the invisible architecture of our being, in the final pages of which he shines this sidewise gleam on intelligence.

Ordinarily, one has the impression of living amid somnambulists who advance through life buried in an hermetic sleep from which it is impossible to stir them in order to make them aware of their surroundings.

Probably, humanity has almost always lived in this somnambulistic state in which ideas are not a wide-awake, conscious reaction to things, but a blind, automatic habit, drawn from a repertory of formulae which the atmosphere infuses into the individual.

Much of the erudition we mistake for intelligence is the product of this trance, intoxicated with the atmosphere of ideologies invisible to those living under the dome of their time and place — we need only look at eugenics and phrenology, once regarded as pinnacles of science, to shudder with the fact of such culturally constructed fictions. Half a century before Siddhartha Mukherjee confronted these damaging “slips between biology and culture” in his superb inquiry into the dark cultural history of IQ and why we cannot measure intelligence, Ortega writes:

It is undeniable that a large pat of science and literature has also been produced in a somnambulistic trance; that is to say, by creatures who are not at all intelligent… Science and literature, as such, do not imply perspicacity; but, undoubtedly, their cultivation is a stimulant which favors the awakening of the mind and preserves it in that luminous state of alertness which constitutes intelligence. The difference between the intelligent person and the fool is, after all, that the former lives on guard against their own foolishness, recognizes it as soon as it appears, and strives to eliminate it, whereas the fool enchantedly surrenders to their foolishness without reservations.

I consider it a grave misfortune if, in any period or nation, intelligence remains, practically speaking, reduced to the limits of the intellectual. Intelligence asserts itself above all not in art, nor in science, but in intuition of life. The intellectual, however, barely lives; they are usually a person with poverty of intuition; their acts in the world are few and they have very little knowledge of [love], [work], pleasure, and passion. They lead an abstract existence, and can barely throw a morsel of authentic live meat to the sharp-pointed teeth of intellect. 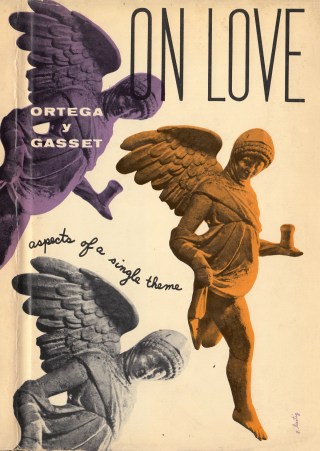 Observing how much more influenced by our environment and cultural milieu we are than we realize — something reflected in the original Latin use of the word genius in the phrase genius loci, “the spirit of a place” — and how much our habits sculpt our fate, he adds:

By intelligence I mean only that the mind react to happenings with a certain sharpness and precision, that the radish not be perpetually seized by its leaves, that the gray not be confused with brown and, above all, that objects in front of one be seen with a little exactness and accuracy, without supplanting sight by mechanically repeated words.

In her spare, stunning poem “Optimism,” Jane Hirshfield reverences the “blind intelligence” by which a tree relentlessly orients toward the light to survive — a kind of unreasoning, life-hungry intuition distinctly different from the way we humans define and measure our own intelligence, our measurements and definitions mired in myriad cultural biases and blind spots. The Western model of intelligence, with its fixation on the logical-mathematical mind, is in some deep sense the ultimate “blind intelligence,” dappled with blind spots that obscure so much of the raw, unmediated attentiveness to life that make it not only survivable but worth living.

That is what the great Spanish philosopher José Ortega y Gasset (May 9, 1883–October 18, 1955) explores in a wonderful aside toward the end of On Love: Aspects of a Single Theme (public library) — the gauntlet he throws at our culturally inherited, unexamined ideas about love and what makes us who we are.