The African philosopher has good reason to study African folk thought. Africans are a much oppressed and disparaged people; some foreigners have not even conceded that Africans, as a traditional people, were capable of a coherent worldview. Many colonial anthropologists sought to render the actions and attitudes of our forefathers intelligible to their colonial rulers so as to facilitate governance. While some brilliant insights resulted, there were misinterpretations and factual errors as well. Africans cannot leave the task of correction to foreign researchers alone. Moreover, there are, particularly in the field of morality, conceptions not based on superstition; the Westerner may well have something to learn from them. The exposition of these aspects of African traditional thought especially befits the contemporary African philosopher. But African philosophers should approach this material critically: all peoples who have made any breakthrough in the quest for modernization have done so by going beyond folk thinking. Sifting through the elements of our traditional thought and culture will require a good measure of analytical circumspection. Otherwise, we might exchange the good as well as the bad in our traditional ways of life for dubious cultural imports. 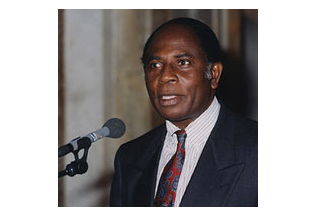 avoiding or reversing through a critical conceptual self-awareness the unexamined assimilation in our thought (that is, in the thought of contemporary African philosophers) of the conceptual frameworks embedded in the foreign philosophical traditions that have had impact on African life and thought…[and] exploiting as much as is judicious the resources of our own indigenous conceptual schemes in our philosophical meditations on even the most technical problems of contemporary philosophy. (Cultural Universals and Particulars, p. 136)
In one of his well-known essays, “How Not to Compare African Traditional Thought with Western Thought,” Wiredu writes:

Professor Wiredu, hailed as “one of the greatest of African philosophers,” was known for his work on logic, language, truth, personhood, ethics, and the nature of philosophy, as well as for extensive work in and about African philosophy. Wiredu argued for including elements of folk knowledge from African cultures in philosophy, subjecting them to critical philosophical scrutiny, while also calling for “conceptual decolonization” in African philosophy: