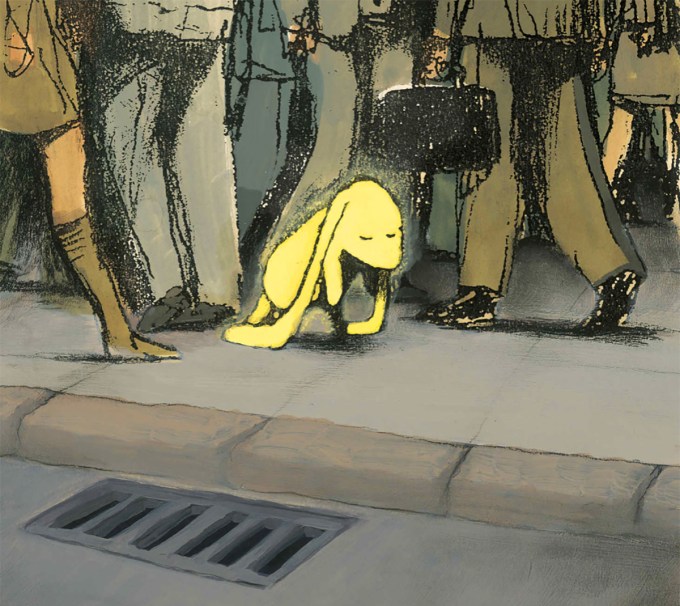 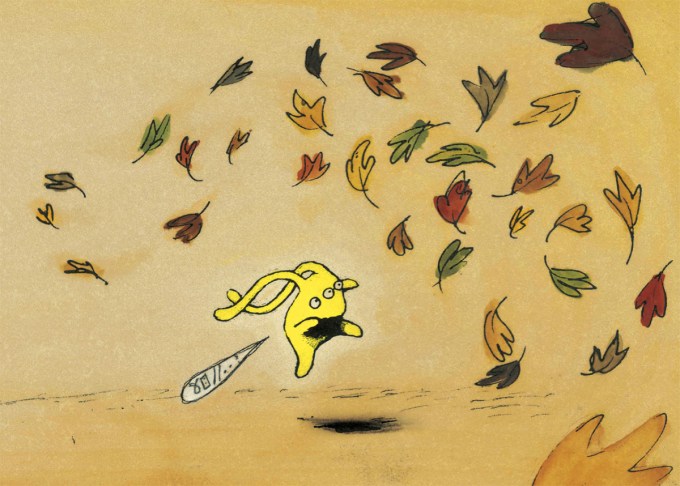 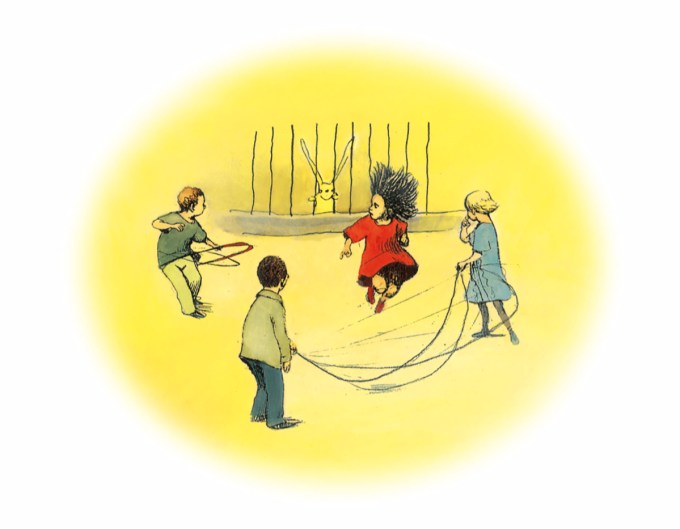 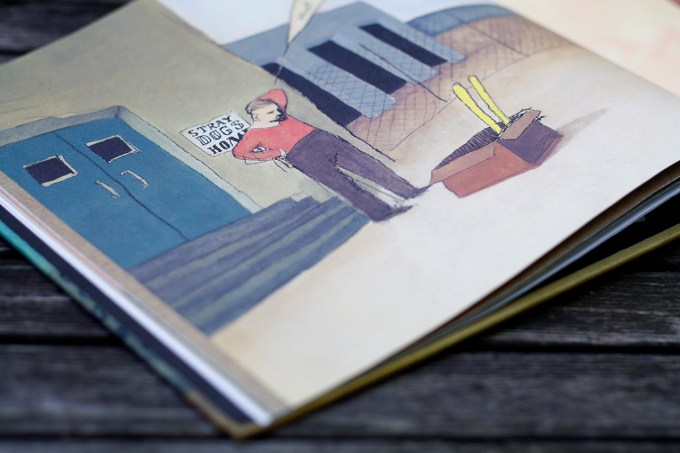 She questions the tree, but the tree stays silent.
There are a thousand and one ways to feel alien in this world — some of them blatant (my legal status in the country to which I have devoted my entire adult life is “resident alien”) and some subtle (who hasn’t known those days when everything appears to be alright, but the sky of the mind feels profoundly askew?) Mostly, we go through this world alien to each other — even with our maximal empathic understanding, the abyss between any two consciousnesses is so immense that it can fit a universe. This awareness is what Nina Simone channeled when she sang, “I wish you could know what it means to be me.” On it Thomas Nagel anchored his iconic unanswerable question of what it is like to be a bat. “Self-discovery,” Octavio Paz wrote in his superb meditation on otherness, “is above all the realization that we are alone: it is the opening of an impalpable, transparent wall — that of our consciousness — between the world and ourselves.” 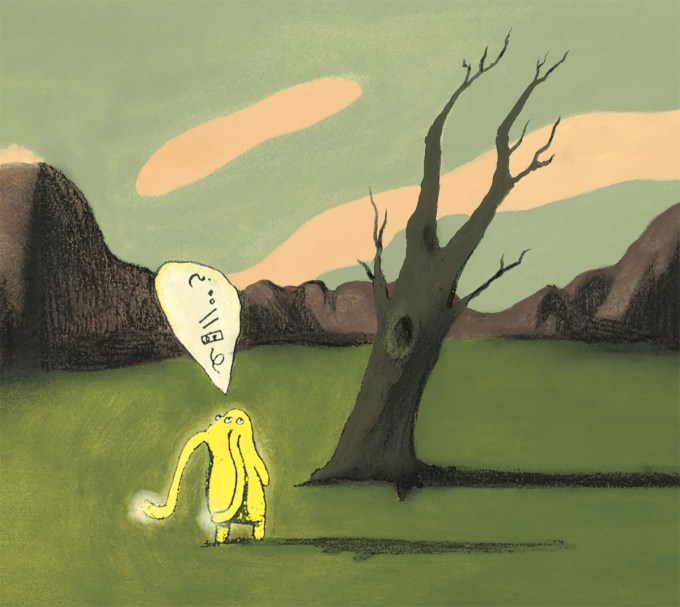 English artist and author Alexis Deacon explores this elemental reality with uncommon tenderness in Beegu (public library), originally published in 2003 — the year I began my alien life in America, when Deacon himself was only just entering the disorienting universe of adulthood after finishing college. 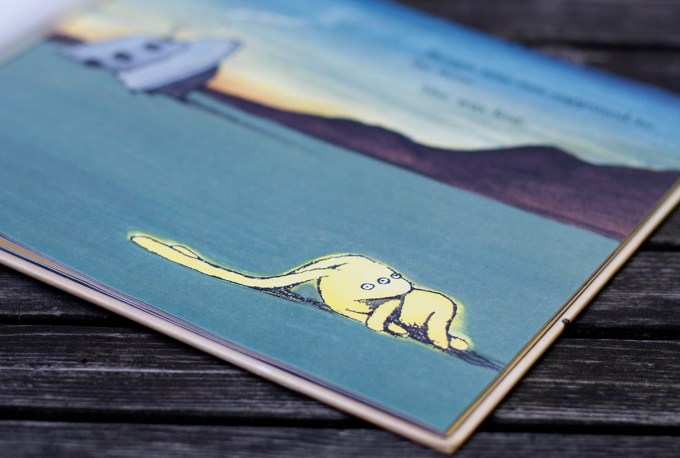 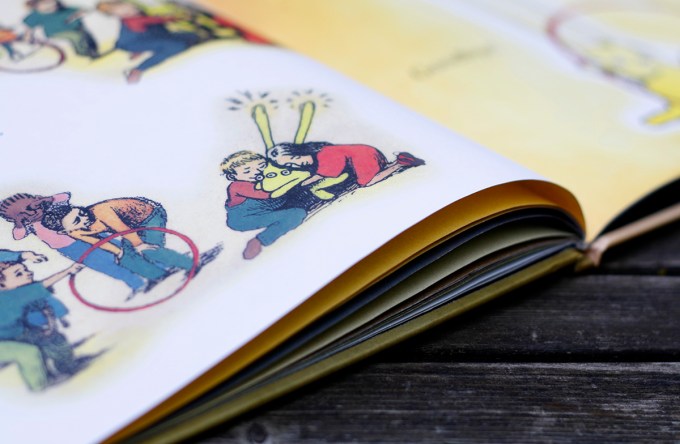 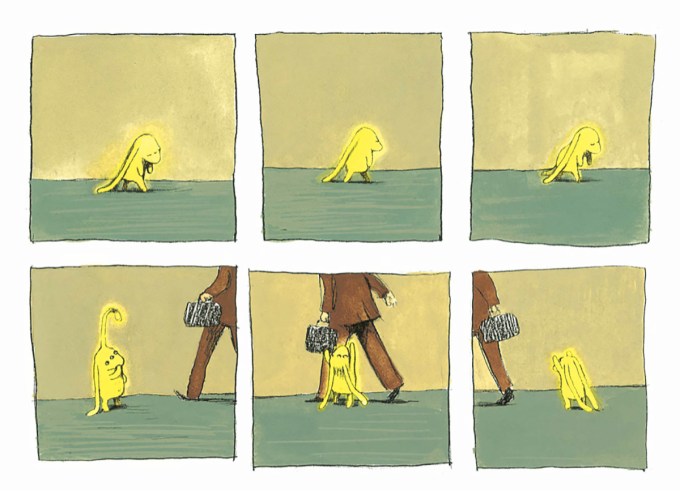 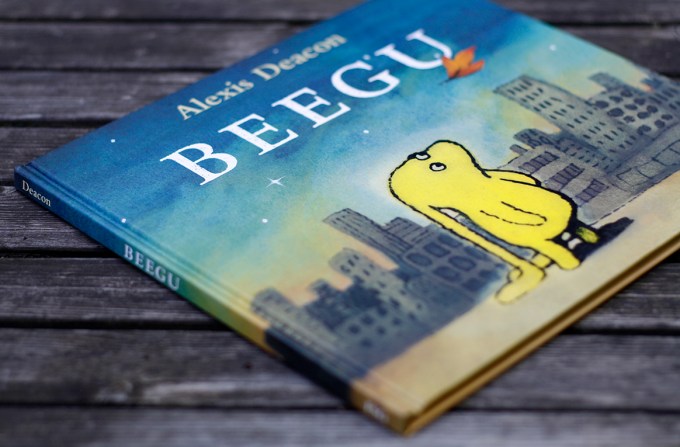 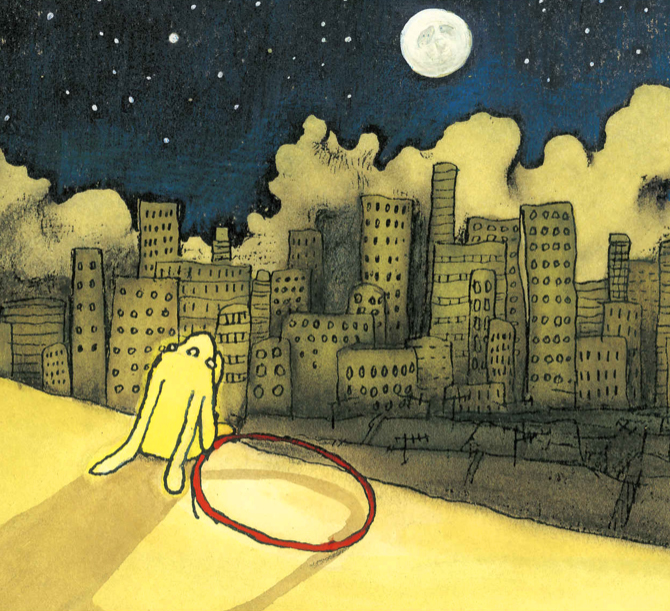 In her castaway blues, she thinks she can hear her mother calling from afar — but it is only the sound of longing.
Wandering alone through the grey city, Beegu finally finds what seems like the perfect place — a playground full of children, who meet her strangeness with delight rather than disdain and immediately invite her into their games. 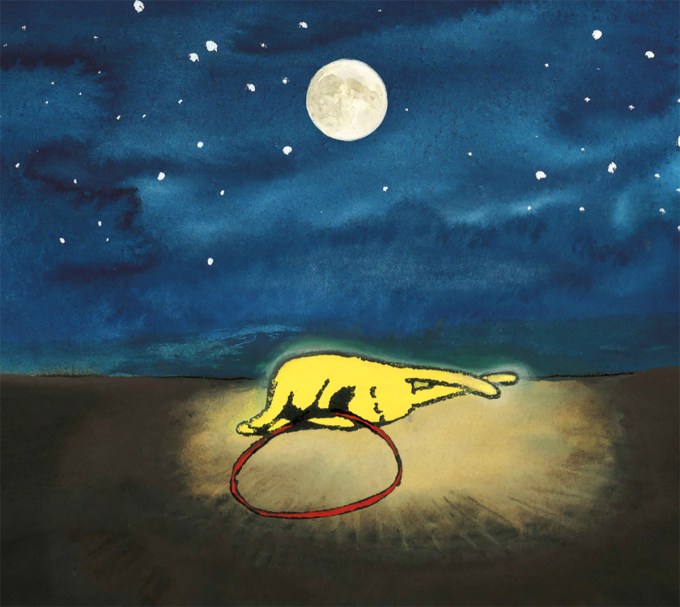 But when the human attendant arrives in the morning, he throws the strange small creature back into the street, unable to fold her strangeness into the scope of his compassionate imagination. 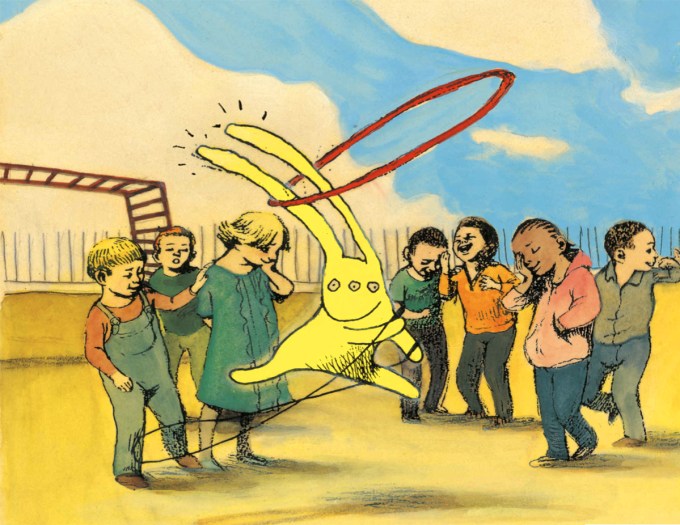 But when the teacher comes, grown and stern, she too takes one look at the alien creature and casts her away as the children cry for their new friend. 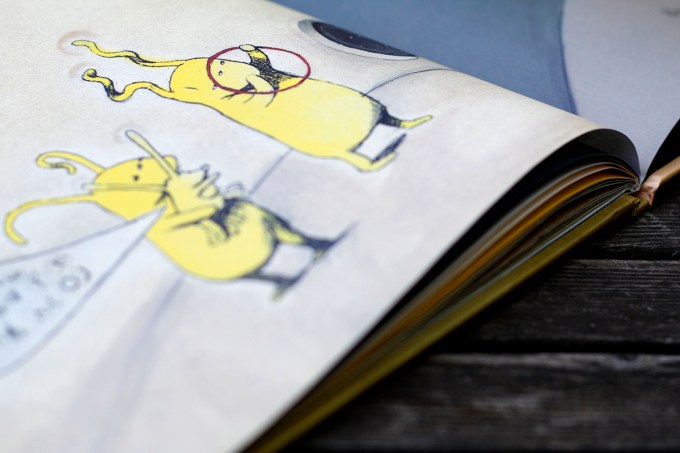 Complement Beegu with a very different yet kindred lens on the loneliness of childhood in Before I Grew Up and a lyrical meditation on that alien feeling in Over the Rooftops, Under the Moon, then revisit Virginia Woolf on the relationship between loneliness and creativity and her contemporary counterpart Olivia Laing’s endlessly nourishing The Lonely City.
Eventually, she nestles between some newborn puppies in a box left outside an animal shelter and falls asleep.
“Beegu was not supposed to be here,” the story begins. A strange sweet creature has landed on Earth, where no one seems to understand her. 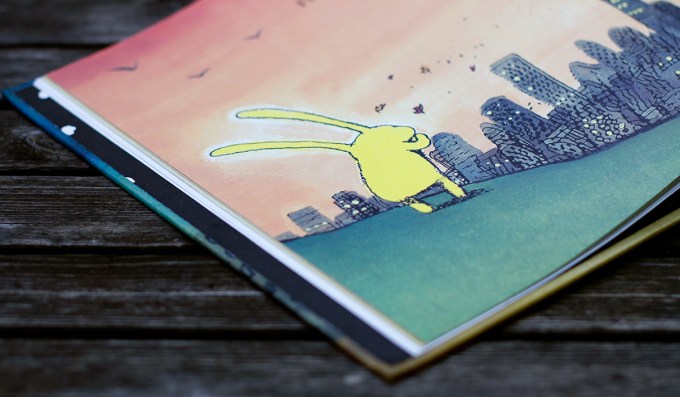 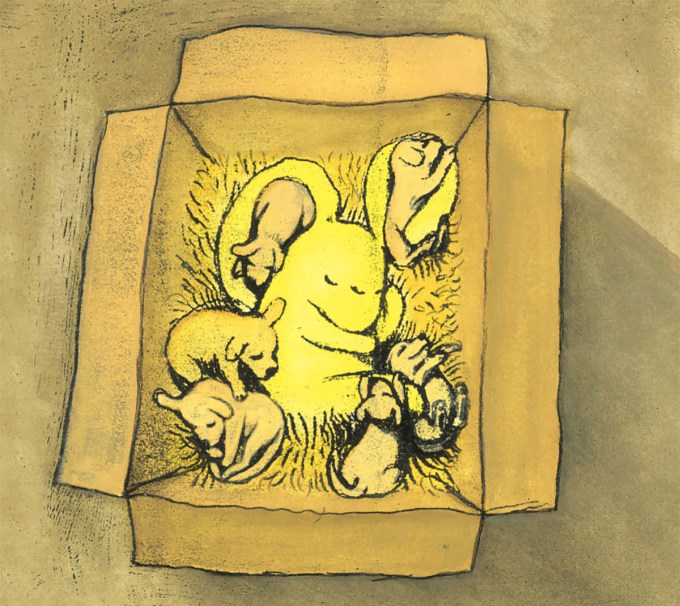 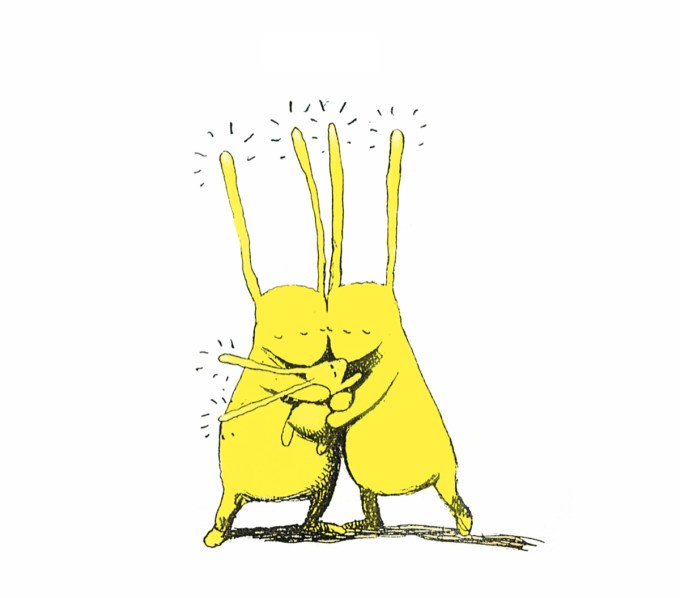 The story ends the way life rarely does — Beegu’s parents return with their spaceship to retrieve her. 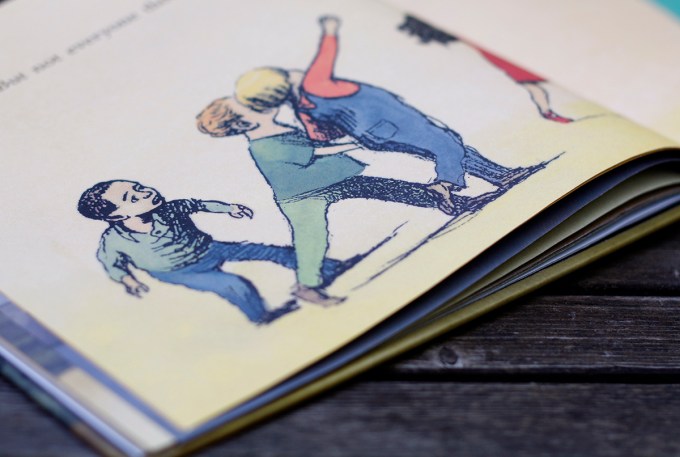 Surrounded once again by love — the infinite lung that makes the atmosphere of loneliness breathable — she gets to tell them about the lonely-making planet she visited, where the “creatures were mostly big and unfriendly, but there were some small ones who seemed hopeful.” 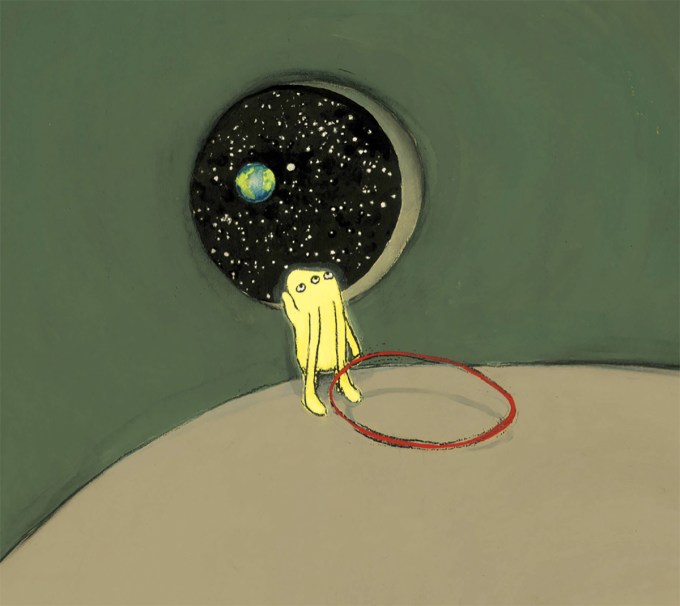 Feeling woefully alone, Beegu sets out to find some friends. But no one would even stop to regard her. 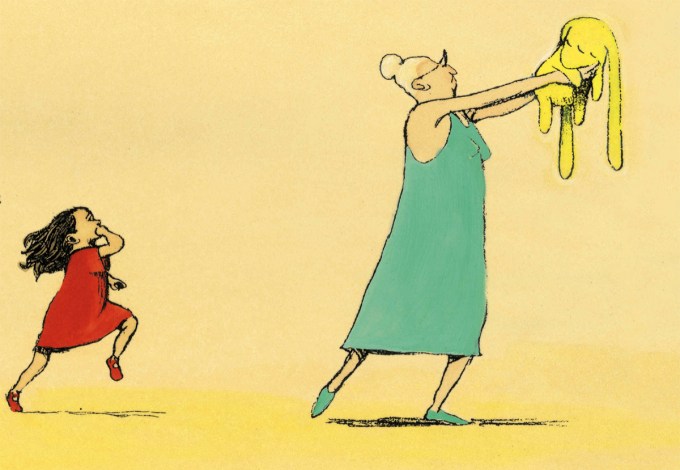 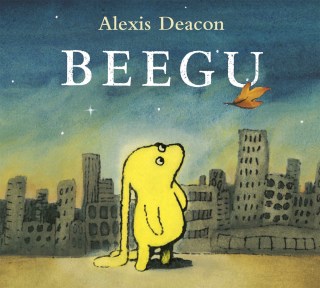 She tries to talk to the bunnies, who most look like her, but they wouldn’t talk back.
She talks at the windswept leaves, but they “wouldn’t even stay still to listen.”
As a bittersweet parting gift, they give her a red hula hoop, which she takes with her into the austere lonesome night. 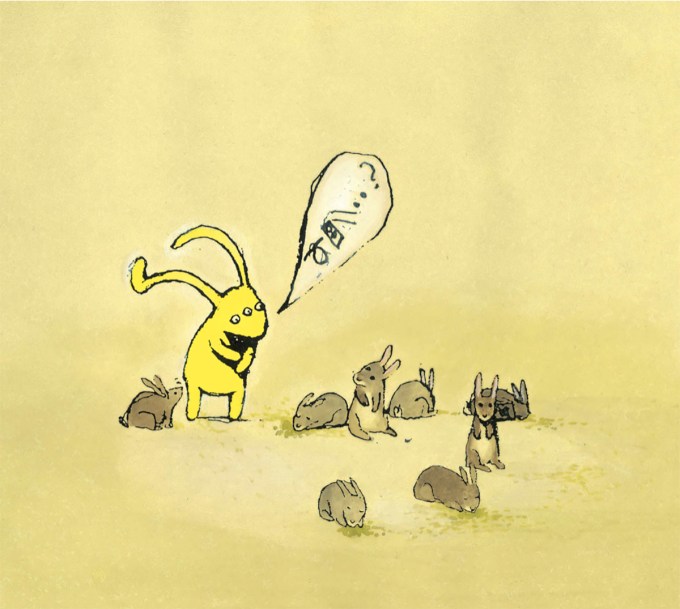