UPDATE: Christian Coons, on Twitter, calls The Chronicle article “inaccurate for its glaring omissions”, saying, “it’s so much worse than described here, and our students are not at all conspiratorial, nor am I.” 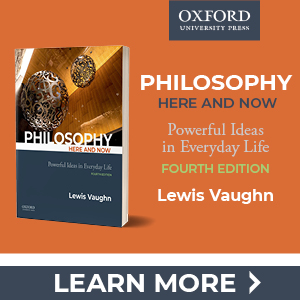 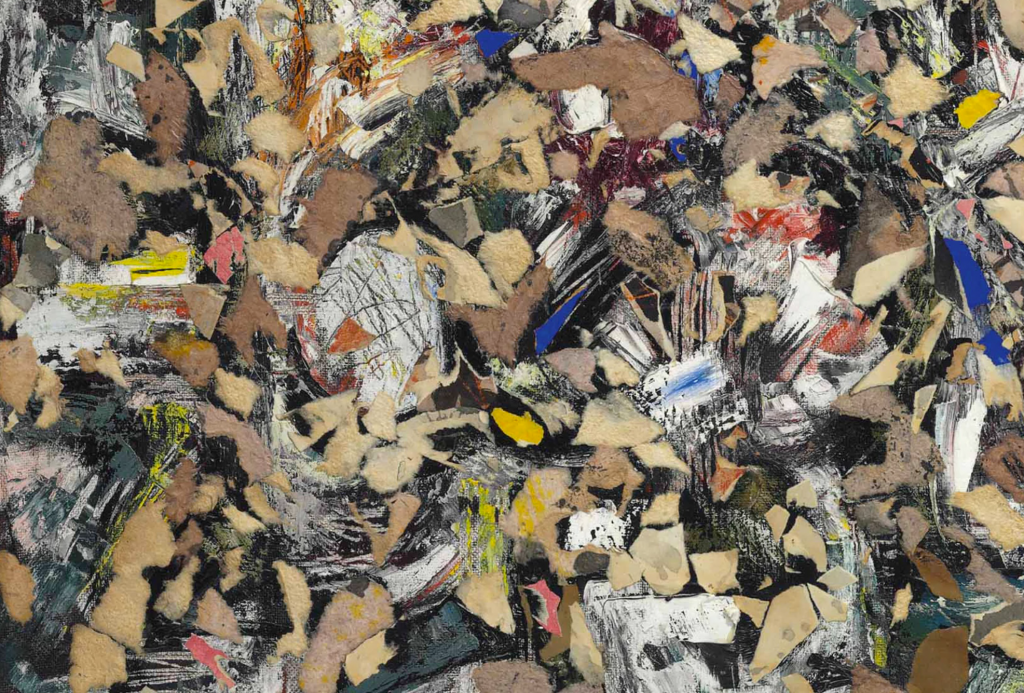 Warmke was hired in 2016. Three years later, Bowling Green announced that it had received a .6-million grant for its philosophy, politics, economics, and law program. That meant the philosophy department, which had shrunk in recent years, would be able to hire two new tenure-track faculty members and support two graduate fellowships. For a small department, it was a life raft.

McHugh “did not find ‘nefarious misconduct’ or actions made in bad faith,” but wrote that “the rifts within the department ran deep and could at times be toxic.”
Coons suspected that the “critical information” about the candidate that Vallier referred to was the candidate’s connection to the Koch Foundation or his willingness and ability to seek funding from it. The Chronicle reports:
[Lee Krasner, “Shattered Light” (detail)]
worried that the graduate students would have to censor their political views or risk losing professional opportunities. “Students who endorse conservative values are offered scholarship opportunities, seminar opportunities, and other networking opportunities that students with more liberal values seem less likely to receive,” she said.
The grant was from the Charles Koch Foundation, an organization which promotes (rightwing) libertarianism by funding academic programs that teach students about it and supporting faculty and researchers whose work advocates for or enhances the academic reputation of libertarian ideas.
Additionally, there were concerns about the ways in which opportunities were distributed in the department. Gardner, says The Chronicle,
Coons wasn’t the only philosophy professor who was worried that the department was, intentionally or not, becoming entwined in the Koch network. Gardner, who served on the hiring committee, said, “It felt to me like some candidates whose values were not in harmony with Charles Koch Foundation values were removed from consideration.”
That’s from a report by Jennifer A. McHugh, an outside lawyer appointed by the Ohio attorney general’s office to investigate allegations of corruption, harassment, bullying, and bias in the Department of Philosophy at Bowling Green University, according to an article at The Chronicle of Higher Education (sign in required).
The infusion could have meant a new era of stability for the department. That’s not what happened. Instead, Bowling Green’s philosophy department turned into a war zone. Professors who once edited books together are no longer on speaking terms. Colleagues have filed complaints against each other, prompting investigations. At least one faculty member left Bowling Green for another job. Graduate students felt ill at ease in the department.
That’s a strange thing to say in the context of an academic hire. The Chronicle does not report what else, if anything, was said in that reply, or to what extent anyone clarified what that “critical information” is in a subsequent discussion. The Chronicle article continues:
Coons tried to find out what had happened to an investigation that had been launched after he sent his narrative to the dean about the 2015-16 search, but he said an open-records request turned up very little. He said that he was never able to submit evidence for the investigation and didn’t find out when it was completed. Later on, the outside lawyer’s report on Coons’s allegations referenced the earlier investigation and a report that found “misunderstandings, inconsistencies, and procedural errors in the search process” but “no provable conspiracy, manipulation, or intention to disrupt the search.”
Looking back, department chair Michael Weber said that the 2015 search “had issues,” and The Chronicle relays that “several faculty members, including Coons, were upset with how the process had unfolded, for various reasons. [Assistant Professor Molly] Gardner voted for Warmke, but told The Chronicle she had felt pressured to do so.” Gardner left Bowling Green last year for the University of Florida.
The article contains quotes from graduate students complaining about the climate in the department.
Note about commenting on this post: if your comment involves a personal attack on someone, a necessary (but not sufficient) condition of your comment being approved and remaining visible is that you submit it with your full real name and your institutional email address (email addresses are not made public).
For some more information, see The Chronicle. The picture that emerges is of a department that appears to suffer from a lack of transparency and an excess of acrimony. What’s missing from that picture is a clear enough depiction of the details that might allow us to conclude much more than that.
According to The Chronicle, “the agreement between the Charles Koch Foundation and Bowling Green explicitly states that the selection of program directors, assistant professors, and graduate fellowships will follow the university’s normal procedures,” and Weber “didn’t see any way that the foundation could exert influence on the department.”
Yet when it came time to fill the grant-funded positions:
Christian Coons, an associate professor, felt that there was at least one person in the pool who didn’t belong. Brandon Warmke was not as well-versed as some of the other candidates in the history of philosophy, the topic the new hire would teach, Coons said. In an email, he told a colleague that he thought another applicant was better….

“The depth of the conflict in the Department is troubling.”
[Disclosures: The Koch Foundation has been an advertiser at Daily Nous. I also took part in a workshop hosted by the BGSU Philosophy Department in 2014.] Related: “Untangling the Strings: The Limits of Acceptable Donor Influence in Academia“, “Private Money in Political Philosophy”
Additional note (5/27/21): Someone attempting to violate the above commenting requirement submitted 13 different comments using 4 different handles (also not allowed). All of this person’s comments have been removed and this person has now been blocked from commenting on the site. If you hear about me “deleting comments,” these are the kinds of people I’m dealing with.
Trouble began during the making of a shortlist of candidates to fill a junior position in 2015:
Update (5/27/21): Pausing commenting for the night, possibly longer. “The application alone leaves out critical information that is very important,” Kevin Vallier, an associate professor, wrote back.