Or would they go on aching still
Through Centuries of Nerve —
Enlightened to a larger Pain –
In Contrast with the Love —
No writer, in my reading life, has charted the fractal reaches of grief with more nuance and precision than Emily Dickinson (December 10, 1830–May 15, 1886) — the poet laureate of love and loss, of the interplay between the two, the interplay between the beauty and terror of being alive as we drift daily toward “the drift called ‘the infinite.’”
The Grieved — are many — I am told —
There is the various Cause —
Death — is but one — and comes but once —
And only nails the eyes —

In her 561st poem, included in her indispensable Complete Poems of Emily Dickinson (public library), Dickinson considers grief as an experience both profoundly intimate and profoundly universal. She composed it in 1862, as a tidal wave of grief was sweeping her war-torn country and as Dickinson herself was wading through the deepest, most mysterious mourning of her life, the shadow of some unnamed “terror” of the heart she underwent the previous year — a mystery that still puzzles scholars and one that animates a sizable portion of Figuring. The poem gives voice to the continual syncopation between these two scales of being, both absolute and relativistic, as we burrow in the hollow of our private losses and pass each other in the public square of human suffering:

And though I may not guess the kind —
Correctly — yet to me
A piercing Comfort it affords
In passing Calvary —
In her 793rd poem, composed sometime the following year, Dickinson revisits the multifaceted nature of grief with a personified taxonomy — grief, the skittish mouse; grief, the surreptitious thief; grief, the juggler of fragilities; grief, the self-indulgent reveler; grief, the grand silence:
Grief is a Thief — quick startled —
Pricks His Ear — report to hear
Of that Vast Dark —
That swept His Being — back —
I wonder if when Years have piled —
Some Thousands — on the Harm —
That hurt them early — such a lapse
Could give them any Balm —
Complement with Elizabeth Gilbert on love, loss, and how to move through grief as grief moves through you and a tender animated field guide to the counterintuitive psychology of how to best support a grieving friend, then revisit Dickinson’s stunning ode to resilience and the electric love letters in which she honed her dual capacity for love and loss.
Because the price of living wholeheartedly (which is the only way worth living) is the heartbreak of many losses — the loss of love to dissolution, distance, or death; the loss of the body to gravity and time — and because loss leaves in its wake an experience so private yet so universal, the common record of human experience that we call literature is replete with reflections on grief: from Seneca’s 2,000-year-old letter to his mother about the key to resilience in the face of loss to Lincoln’s spare and melancholy consolation to Meghan O’Rourke’s memoir of mourning to Nick Cave’s soulful meditation on the paradox of bereavement. And yet, as Joan Didion wrote in her crowning classic on the subject, “grief turns out to be a place none of us know until we reach it.”
To recollect how Busy Grass
Did meddle — one by one —
Till all the Grief with Summer — waved
And none could see the stone.
‘Tis good — the looking back on Grief —
To re-endure a Day —
We thought the Mighty Funeral —
Of All Conceived Joy — 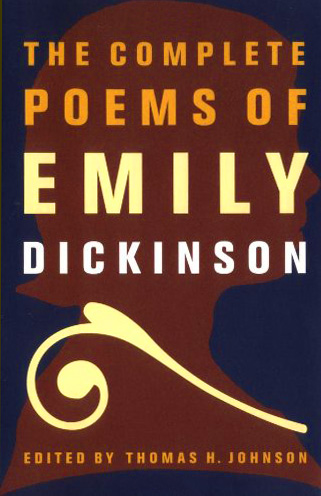 Grief is the shadow love casts in the light of loss. The grander the love, the vaster the shadow. So much of who we are — who we discover ourselves to be — takes shape in that umbral space as we fumble for some edge to hold onto, some point of light to orient by.
I note that Some — gone patient long —
At length, renew their smile —
An imitation of a Light
That has so little Oil —

I measure every Grief I meet
With narrow, probing, Eyes —
I wonder if It weighs like Mine —
Or has an Easier size.
Best Grief is Tongueless — before He’ll tell —
Burn Him in the Public Square —
His Ashes — will
Possibly — if they refuse — How then know —
Since a Rack couldn’t coax a syllable — now.
In another poem written in 1862 — Dickinson’s most creatively fertile year, in which she processed her unnamed “terror” through her art, as all artists do — she dilates the contracted consciousness of mourning into a perspectival reminder that there is an other side to even the deepest pain; that everything, even the most all-suffusing emotion, passes and is overgrown with new experience; that the ache of loss is the twin face of love, each an equal and inseparable part of aliveness: