Alex Orenstein, a philosopher at Queens College beginning in 1968 and also at the City University of New York Graduate Center beginning in 1974, died in June of 2018. His death was not noted here at that time. To make up for this, David Rosenthal (CUNY) has sent in the following memorial notice, which he wrote with some of Professor Orenstein’s friends.
Alex Orenstein was internationally recognized for his work on W. V. Quine, including books with the Princeton University Press (2002) and Twayne Publishers, (1977) and numerous articles and book chapters, most recently “Quine and Consciousness” (2017). He also published extensively on philosophy of logic and language, developing original and challenging views about the interpretation of the quantifiers and about the comparison of post-Fregean with traditional Aristotelian logic, most recently with his 2015 article, “Geach, Aristotle and Predicate Logics.” And he coedited several volumes on philosophy of language and logic. Reflecting his wide-ranging interests in philosophy, he also published papers on determinism, skepticism, fictional entities, and the ontological argument.
Alex Orenstein, professor of philosophy at the Graduate Center and Queens College of the City University of New York, died of cancer in June 2018 at the age of 82, while in the care of close family in Las Vegas, having lost contact with academic colleagues and friends the preceding year.
Alex Orenstein was a delight to talk with, about philosophy and many other things, and was a generous and considerate friend and colleague. He brought great energy to both his academic and other interests, which included cinema, literature, music, and art. He loved animals, especially cats. He is survived by his sisters Hazel Handelman and Laura Denenberg, and by his former wife, Claire Parker.
Alex Orenstein was elected a Visiting Fellow of Wolfson College Oxford in 1987 and after that initial period of five months in Oxford he returned to Wolfson and Oxford every year for a substantial period, usually over the summer, until 2016, when he was too ill to travel. He remained a Member of Common Room at Wolfson until his death in 2018. He was an active and highly regarded member of the philosophy community in Oxford.  It is also in Oxford, in 2005, that he met and fell in love with Claire Parker. Their relationship, which included walking in the Alps and cruising on the Nile, brought him much happiness. Their trans-Atlantic marriage ended in an ultimately amicable divorce in 2011. 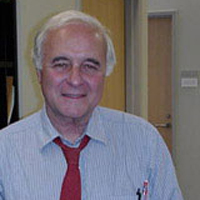 Alex Orenstein was born in New York City on March 5, 1936. He earned an A.B. from Hunter College in 1956, and was a Lecturer in Philosophy there from 1957 to 1960. He then worked for three years as a computer programmer and systems analyst, returning to philosophy in 1964 to pursue a Ph.D. at NYU, which he completed in 1972. In 1968 he began teaching at Queens College and in 1974 joined the philosophy faculty of the Graduate Center of CUNY, teaching at both places until his retirement in 2011.