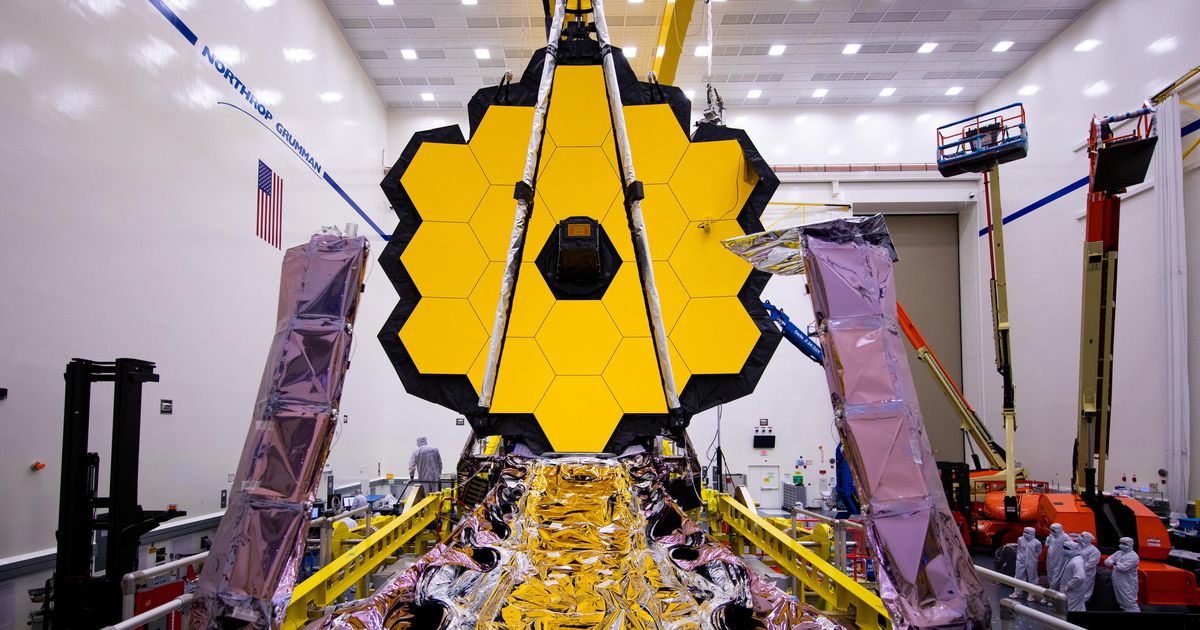 From the lab to your inbox. Get the latest science stories from CNET every week.
The James Webb Space Telescope has opened its massive mirror for the final time on Earth. The next time the golden expanse blooms like an origami flower, it will be in space.
CNET Science

During the update, the JWST team said testing of the telescope components and rehearsals of launch and deployment events have gone well. There are still a few tests left to perform before packing the telescope up for shipment to its launch site at the European Spaceport in French Guiana.
“The conclusion of this test represents the team’s final checkpoint in a long series of tests designed to ensure Webb’s 18 hexagonal mirrors are prepared for a long journey in space, and a life of profound discovery,” NASA said in a statement on Tuesday.

Webb’s main mirror spans over 21 feet (6.5 meters). It’s so big, it has to fold up to fit into the Ariane 5 launch vehicle that will protect it on its way into space where it will operate at a distance of 1 million miles (1.6 million kilometers) from Earth.
James Webb can’t come soon enough. NASA and the European Space Agency’s iconic and old Hubble Space Telescope is still holding on, but has faced many technical difficulties over recent years.

Follow CNET’s 2021 Space Calendar to stay up to date with all the latest space news this year. You can even add it to your own Google Calendar.
The new telescope will be powerful enough to peer into the early universe and expand our understanding of distant planets. It should be a worthy successor to Hubble’s legacy. It just needs to get into space first.
In a press briefing, NASA and Northrup Grumman — the primary contractor on the project — said the next-generation telescope is on track to launch this year. At one point, NASA was aiming for a 2007 launch, but technical delays and the pandemic have pushed back the date to the current target of Oct. 31.
“To deploy, operate and bring its golden mirrors into focus requires 132 individual actuators and motors in addition to complex backend software to support it,” NASA said. “A proper deployment in space is critically important to the process of fine-tuning Webb’s individual mirrors into one functional and massive reflector.” 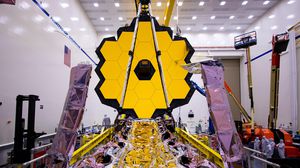