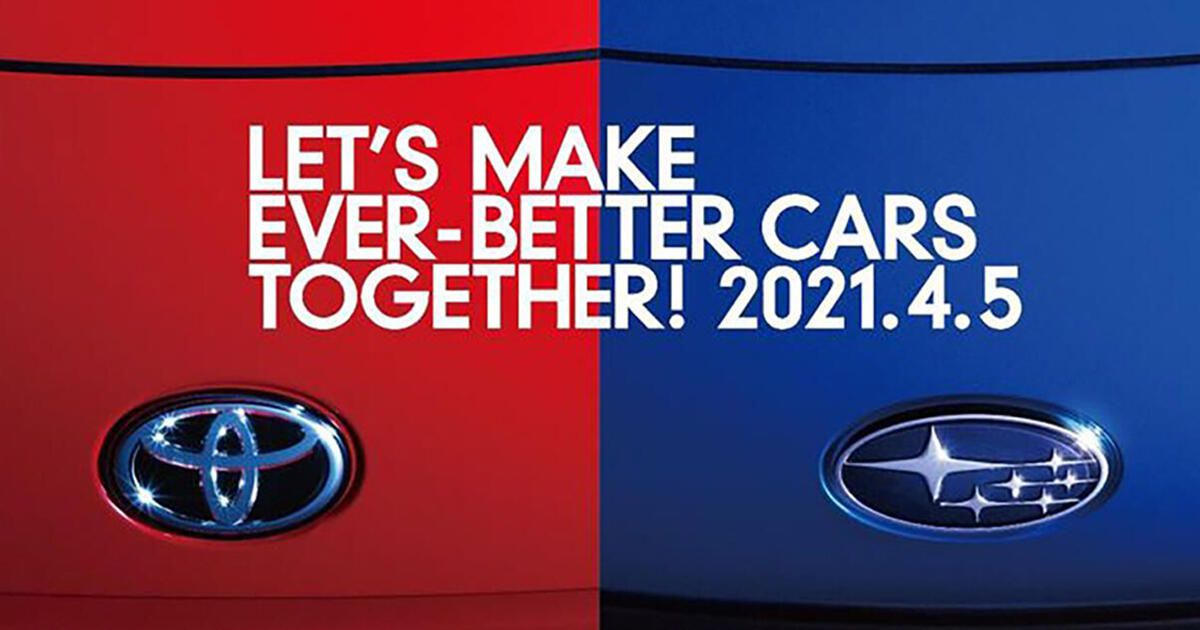 The two companies will unveil a jointly developed car on April 4 at 9 p.m. PT. Specifically, Gazoo Racing will be running the show on the Toyota side of things, which is pretty good evidence this is a new sports car. We do know both companies are also working on an electric SUV, but it seems unlikely the GR arm would have a hand in that.
Climb in the driver’s seat for the latest car news and reviews, delivered to your inbox twice weekly.
Stick around and tune in at 9 p.m. PT when the show kicks off in Japan.
Big things are happening in Japan on Monday with Toyota and Subaru. For those of us in the US, that means we’re in for something this Sunday. What is it? We don’t know yet for sure, but the joint announcement from the two Japanese automakers makes us believe a new Toyota 86 sports car is nigh.

If we do get a new 86, it will compliment the 2022 Subaru BRZ, which we first saw last year. Expect the new 86 to mostly twin with the BRZ once again, though we heard a delay on Toyota’s end is meant to draw more contrasts between the two. How much different the two will be remains to be seen.