To be human is to live suspended between the scale of snails and the scale of stars, confined by our creaturely limitations but not doomed by them — we have, after all, transcended them to compose the Benedictus and eradicate smallpox and land a mechanical prosthesis of our curiosity on Mars.
Already an international scientific celebrity after the world-renowned comet discovery she had made while still in her twenties, Mitchell had spent a working as the first woman employed by the American federal government for a “specialized non-domestic skill” as a “computer of Venus” — a one-person GPS performing complex celestial calculations to help sailors navigate the globe — all the while saving up for trip to visit the astronomical bastions of Europe and meet the scientists and poets who were her living heroes. In the summer of 1857, after the hardest winter of her life, she rounded up her savings for a transatlantic ticket, made the arduous journey from her native Nantucket Island to Manhattan, and boarded a steamer to Liverpool. Having narrowly avoided a collision with another ship during the ten-day crossing, it arrived in England on her thirty-ninth birthday.
But beyond its material impact, crowdfunding bequeaths upon its beneficiary something even more powerful — a tangible token of solidarity and faith by a vast number of fellow humans, solidarity and faith that made all the difference to Mitchell as she endeavored to blaze a brand new path. Within a decade of the gift, she became the only woman on the faculty of the newly established Vassar College. She immersed her all-female students in an unexampled curriculum marrying mathematical physics with observational astronomy — something the all-male Harvard, which had dropped its mathematics requirement altogether in 1851, would later replicate. Mitchell’s students became not only the world’s first class of professional women astronomers but the first generation of Americans trained in what we now call astrophysics. Some of them went on to join the ranks of the famed “Harvard computers,” who revolutionized our understanding of the universe long before they could vote.

With a prized letter of introduction from Sir John Herschel — the era’s most esteemed astronomer, who had played a key role in the birth of photography a quarter century earlier and had applauded Mitchell’s comet discovery — she hastened to meet her greatest scientific hero: the polymathic Scottish mathematician Mary Somerville, for whom the word scientist had been coined two decades earlier and whose amiable genius left Mitchell feeling that “no one can make the acquaintance of this remarkable woman without increased admiration for her.”
While touring Europe’s iconic astronomical institutions, Mitchell had been dreaming up an observatory of her own. The crowdfunded telescope came as a wondrous surprise after a particularly difficult stretch for her, marked by the death of her great love, Ida, and her once-brilliant mother’s terrifying descent into dementia. The instrument became the first physical building block of her dream. Behind the school resembling a Greek temple where her father had once served as founding schoolmaster, she erected a simple eleven-foot dome that rotated on a mechanism made of cannonballs. A month before Darwin published On the Origin of Species, her observatory opened its doors and Mitchell began welcoming boys and girls. The crowdfunded telescope is still housed at the more recently built observatory across the street from Mitchell’s humble childhood home in Nantucket.
Elizabeth Peabody — who had coined the word Transcendentalism, revolutionized education, and introduced America to Eastern philosophy with her translations of Buddhist texts — had envisioned the project and spent years raising the ,000 for the telescope through a subscription paper, rallying the women of New England to contribute: Kickstarter and Patreon rolled into one, a century and a half before either existed. Just as Mitchell was departing for her European journey, Emerson — the emperor of American intellectual life, whose unexpected praise had just lifted the struggling young Whitman out of despairing obscurity — had lent his voice to the crowdfunding effort on the pages of his popular magazine:
In Europe, Maria Mitchell would command the interest and receive the homage of the learned and polite, while in America so little prestige is attached to genius or learning that she is relatively unknown. This is a great fault in our social aspect, one which excites the animadversion of foreigners at once. “Where are your distinguished women — where your learned men?” they ask, as they are invited into our ostentatiously furnished houses to find a group of giggling girls and boys, or commonplace men and women, who do nothing but dance, or yawn about till supper is announced. We need a reform here, most especially if we would not see American society utterly contemptible.

I was ignorant enough of the ways of papal institutions, and, indeed, of all Italy, to ask if I might visit the Roman Observatory. I remembered that the days of Galileo were days of two centuries since. I did not know that my heretic feet must not enter the sanctuary, — that my woman’s robe must not brush the seats of learning.

Mitchell recorded wryly in her diary:

Occasionally, Mitchell punctuated her astrophysically ambitious lectures with glimpses of her life-tested credo, which must have sculpted her students’ spirits as much as her mathematical-astrophysical rigor sculpted their minds:

Mitchell was eventually allowed to enter with special permission from the Pope, obtained after American diplomats pressed on her behalf. An hour and a half before sunset, she was led through the church into the observatory, where she marveled at the expensive instruments the papal government employed in studying the very motions for which they had tried Galileo two centuries earlier. She had hoped to see nebulae through the observatory’s powerful telescope, but she was informed that her permission did not extend past nightfall and was hastily sent away. A woman of uncommon clarity about the art of knowing what to do with one’s life, she must have resolved, as soon as the back door spat her out into the narrow alley behind Collegio Romano, that when she built her own observatory, it would welcome any and all who hungered to commune with the cosmos.
Our most pernicious creaturely challenge is not one of the imagination, which soars so readily when given half a chance, but one of perspective, so easily contracted by the fleeting urgencies of the present. On the scale of our individual lives and on the collective scale of the human future, there are few more gladsome correctives for our limitations than learning to take the telescopic perspective of time — which is why, for the past few years, I have poured my heart and every resource into the endeavor to build New York City’s first-ever public observatory as a democratic dome of perspective and possibility for generations to come, and why I inscribed into its mission statement an aspiration irradiated by Whitman’s words: to make this cosmic calibration of perspective available to “all souls, all living bodies though they be ever so different… all nations, colors… all identities that have existed or may exist on this globe.”

If it be art, literature or science, let her work be incessant, continuous, life-long. If she be gifted above the average, by just so much is the demand upon her for higher labor, by just that amount is the pressure of duty increased… Think of the steady effort, the continuous labor of those whom the world calls “geniuses.” Believe me, the poet who is “born and not made” works hard for what you consider his birthright. Newton said his whole power lay in “patient thought,” and patient thought, patient labor, and firmness of purpose are almost omnipotent.

Upon returning from Europe, Mitchell was greeted by an extraordinary gift — a five-inch refractor telescope, on a par with the instruments of the world’s greatest observatories, purchased through what may have been the world’s first crowdfunding campaign for science.
From England, with the help of Nathaniel Hawthorne — who had taken the post as American consul after his ill-fated almost-romance with Herman Melville — Mitchell set out to visit some of Europe’s intellectual luminaries, including her favorite poet, and to look through humanity’s finest telescopes. In Italy, she headed for the Observatory of Rome, mecca of the latest research on spectroscopy, but was jarred to learn that the observatory was closed to women. Somerville, by then revered as Europe’s most learned woman, had been denied entrance. Even Herschel had failed to arrange entry for his scientifically inclined daughter. 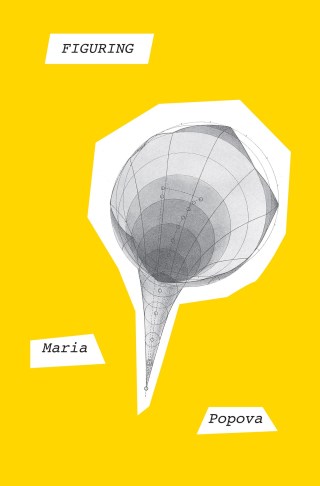 But it was Whitman’s contemporary Maria Mitchell (August 1, 1818–June 28, 1889) — America’s first professional female astronomer and a key figure in Figuring (from which this story is adapted) — who furnished the foundational inspiration for the endeavor: her quiet intellect, her indomitable spirit, her discomposing experience while visiting the most venerable observatories of the Old World — an experience that no human being should have along the vector of their talent and their dreams — and the way she emerged from that experience with the absolute determination to eradicate it from the world’s repertoire of exclusion.

Complement with more excerpts from Figuring, exploring the little-known humanity beneath celebrated legacies that have shaped our lives, then revisit Mitchell on how friendship transforms us and consider lending a friendly hand in the endeavor to honor her legacy by building New York’s first public observatory.