Complement with Ruefle on why we read and her stunning color spectrum of sadness, then revisit Ursula K. Le Guin’s “Hymn to Time” and physicist Brian Greene’s Rilkean reflection on filling our finitude with meaning.
If, as they say, poetry is a sign of something
among people, then let this be prearranged now,
between us, while we are still peoples: that
at the end of time, which is also the end of poetry
(and wheat and evil and insects and love),
when the entire human race gathers in the flesh,
reconstituted down to the infant’s tiniest fold
and littlest nail, I will be standing at the edge
of that fathomless crowd with an orange for you,
reconstituted down to its innermost seed protected
by white thread, in case you are thirsty, which
does not at this time seem like such a wild guess,
and though there will be no poetry between us then,
at the end of time, the geese all gone with the seas,
I hope you will take it, and remember on earth
I did not know how to touch it it was all so raw,
and if by chance there is no edge to the crowd
or anything else so that I am of it,
I will take the orange and toss it as high as I can.
KISS OF THE SUN
by Mary Ruefle

If we are lucky enough, if we are humble and awake enough, we might carve our confusion into an ode to “the singularity we once were.” Mostly, we blink in half-comprehending astonishment at the edge of terror — a consciousness as symphonic as ours cannot contemplate the beginning of time without a haunting awareness of the end of time, for we know that every beginning presupposes an end. We know with a mute creaturely knowledge, and we spend our complex lives hedging against it with all of our arts and antagonisms, that everything eventually ends — each love, each life, the universe itself. The succulent dream of eternity is kerneled with the hard fact that in a mere four billion years, the Sun — this common star whose modest yellow light kissed us into being amid the rude blankness of pure spacetime — will spin into its final collapse and take with it every mitochondrion and every trace of Beethoven. Who could fault us, then, for shuddering at the knowledge that all of it — all that glorious everythingness risen from the nothingness — will eventually vanish back into the void.
Against this backdrop of awareness, the task and triumph of life is to find our own answer, private and pliant, to the bellowing question of what confers meaning and beauty upon our ephemeral existence — which is what Vermont poet laureate Mary Ruefle offers with uncommon splendor of sentiment and image in her poem “Kiss of the Sun,” found in her altogether ravishing Selected Poems (public library). 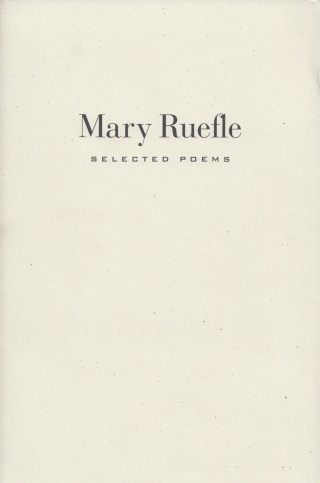 Poetry entered my life fairly late along its finite trajectory, via my dear friend Emily Levine, who has since returned to the void. It has remained a friendship commons, a place to gather with humans I love and parse the meaning of why we are here, for as long as we share this improbable gift of aliveness. None has been more present or more kindred in this poetic adventure than Amanda Palmer. We began reading and reflecting on poems together in public between songs at Amanda’s shows nearly a decade ago. As our lives shape-shifted, as the world shape-shifted, we never stopped: poetry, a metronome of friendship; poems, atoms of time and atoms of trust. And so I have entrusted Amanda with breathing voice into Mary Ruefle’s gorgeous existential exhale of a poem.

Who could fault us, really? Who could fault us — exquisite miracles of evolution with a wilderness of consciousness compacted into a modest mammalian skull with a limited cognitive capacity — for being so staggered and stupefied by the knowledge that everything we have ever known and loved and warred over, every axon of every neuron of every mind doing the knowing, along with the mosquito and the moons of Saturn, the neutrino and Andromeda, all banged into being 13.8 billion years ago from a single source, no louder than the opening note of Beethoven’s Fifth Symphony, no larger than the dot levitating over the small i, the I lowered from the pedestal of ego?