Thomas Burrus, instructor of philosophy at the University of South Carolina Aiken, has died.
(The following memorial notice is by Jacob Nelson, who had been a student of Burrus’s, and recalls him as a brilliant individual and mentor.) 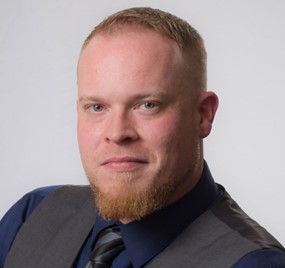 Thom Burrus dedicated more than a decade of his life to the University of South Carolina Aiken (USCA), first as a student and then as an instructor. During his matriculation, he worked with Dr. Steven Millies in preparing “Monasticism and Citizenship: Politics and the Resources of Contemplation” for a conference at the Paul B. Henry Institute for the Study of Christianity & Politics Biennial Symposium on Religion & Politics. Thom earned a bachelor’s in history in 2006 and a minor in philosophy—he received accolades in both subjects. In 2009, he earned his master’s in philosophy from the University of Houston and began instructing in Introduction to Philosophy and Introduction to Ethics at Houston Community College and Lone Star College; he also guest lectured on Medieval Philosophy at The University of Houston.
He returned to USCA in 2012, teaching courses in philosophy and logic, religious studies, and engineering ethics. In 2016, he presented at the Society for Continental Philosophy and Theology at Fordham University; this discussion was the basis for his work “On Hanosis: Kierkegaard on the Move from Objectivity to Subjectivity in the Sin of David,” included in the collection Evil, Fallenness, and Finitude. Thom was well versed in analytic philosophy, but found his home amongst the continentals: he was a scholar of the Danish philosopher Søren Kierkegaard. Professor Burrus also contributed to the Center for Lifelong Learning at USCA, the Institute of Reading Development out of Houston, and taught introductory courses in ethics and philosophy at Aiken Technical College.