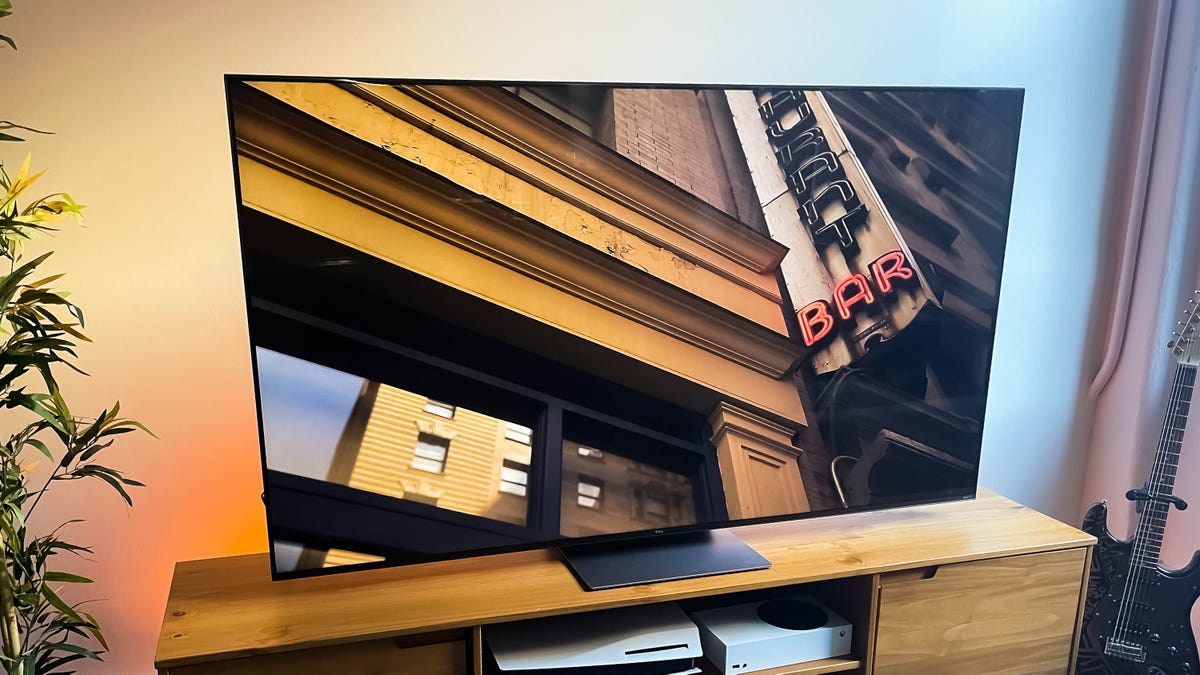 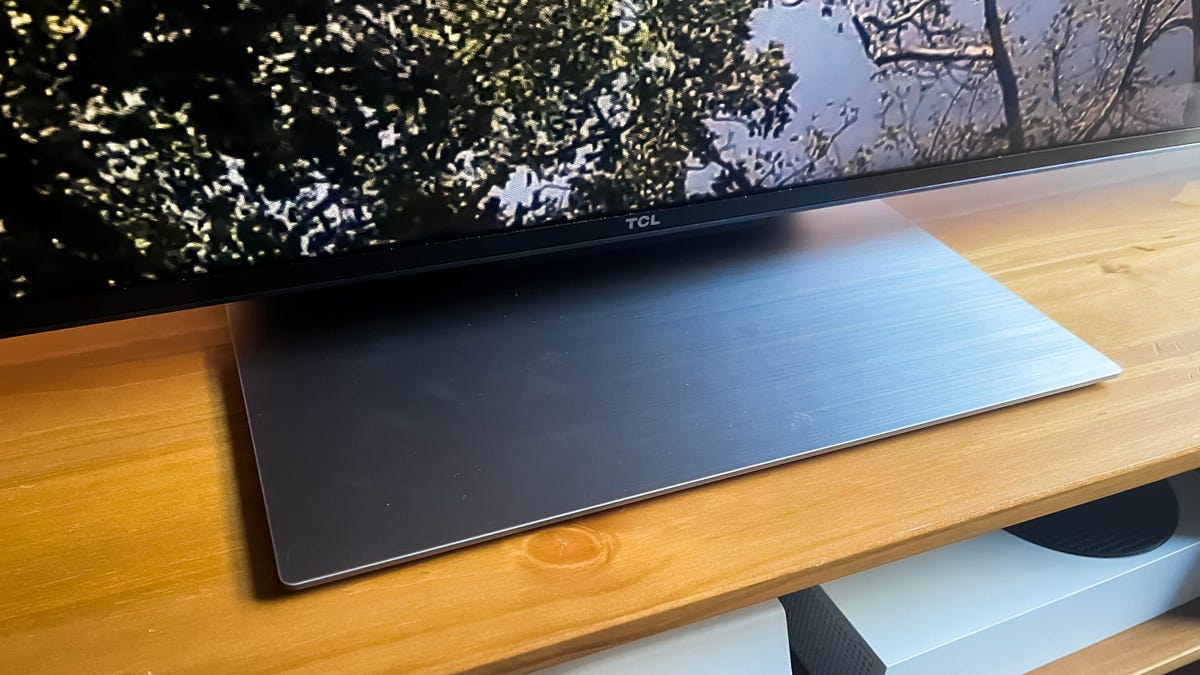 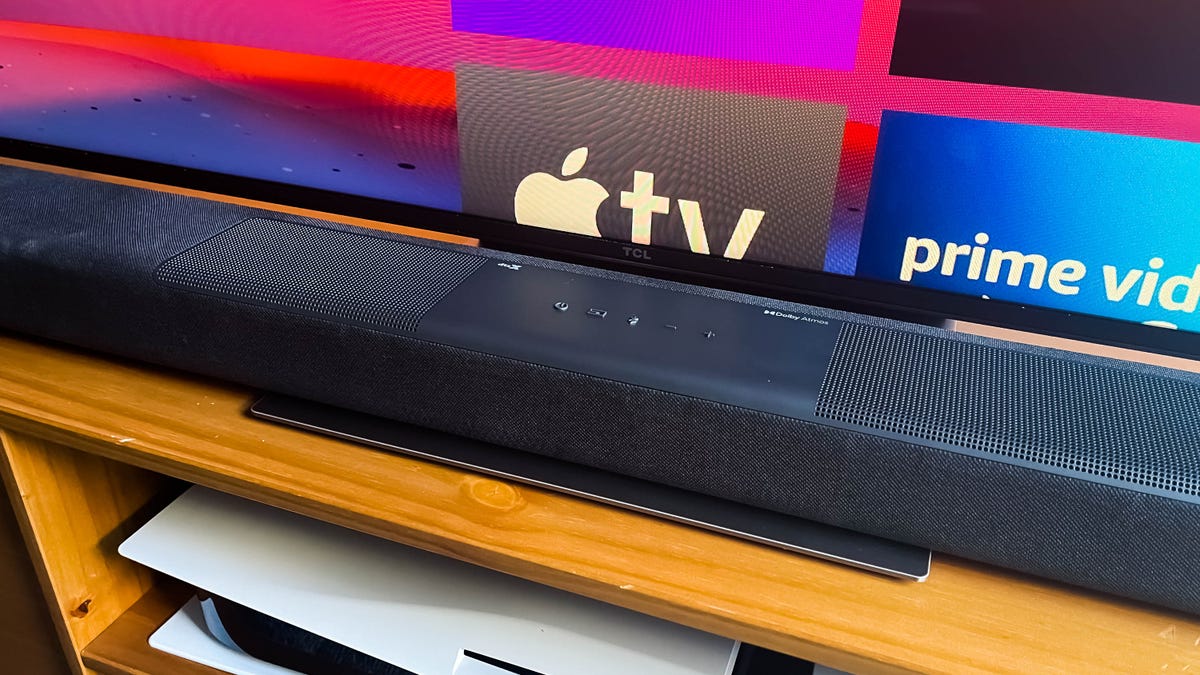 Under bright lighting the TCL’s screen was better than the Vizio at reducing reflections and preserving black levels. IT was about the same as the Hisense.

The dimly lit interiors of House of the Dragon are a challenge to any TV, and my lineup the TCL handled them best. During a scene from episode 3 inside a hunting pavilion, for example, the face of king Viserys Targaryen (Paddy Considine) appeared more natural and realistic on the TCL than the Hisense, where it appeared a bit darker and reddish In an even darker scene a bit later, with Princess Rhaenyra and her knight at a campfire, the Hisense and TCL were similar, although the TCL revealed a few more details in the shadows. Meanwhile the Vizio lagged them both slightly with a less impactful image.

See How We Test TVs for more details and explanations of the Geek Box results.

Over the last five years the TCL 6-Series has earned its place as the best TV for the money by combining excellent image quality with a price most TV shoppers can afford. The latest version does pretty much exactly the same thing. Although its competition is even stronger this time around, the TCL 6-Series Roku TV still prevails as my favorite in the midtier price range — roughly a grand for a 65-inch size.

A center stand looks nicer and fits on narrower pieces of furniture than stands that consist of separate legs.

The 6-Series includes the simple Roku remote with built-in voice control. Roku’s voice function isn’t nearly as robust as Amazon Alexa or Google Assistant, for example, but it worked fine for searches, app launching, switching inputs and tuning to an antenna channel. If the TV is off, a voice command such as “Launch Netflix” will turn it on and launch the app.

Among 2022 TVs I’ve tested, the 6-Series’ closest competitor is the Hisense U8H, the only other TV in this price range with mini-LED technology. In my side-by-side comparison I found the Hisense brighter and more dynamic, and therefore a better choice for very bright rooms than the TCL 6-Series. On the other hand its home theater image isn’t quite as accurate or refined as the TCL, which is still incredibly bright itself. And if you care about built-in smart TV systems, it’s worth noting the TCL has Roku, which I prefer to Google TV on the Hisense.

The most conspicuous upgrade for the TCL 6-Series in 2022 is the new stand design. It’s a central pedestal, which I think looks nicer than a pair of feet mounted at the edge, and also allows you to use a narrower TV stand if you want. The dark silver metallic base matches the strip running around the edge of the panel, and like most TVs the 6-Series looks like it’s nearly all picture, with just a thin frame.

According to the information screen on my Xbox Series X the TCL supports 4K/120Hz with HDR, including full Dolby Vision gaming. I also appreciated that ALLM appeared to work well; the TV automatically switched to game mode when I connected the console. Input lag was also excellent, around 11ms for both 4K and 1080p sources. It’s worth noting that I measured similar lag in the Movie and Dark HDR modes, so if you prefer to use those rather than the game mode, you shouldn’t notice any additional lag.

Gaming: The TCL’s game mode delivered good picture quality, and again shadow detail was a strength. When playing Mass Effect, for example, it revealed more of the dark areas than the Hisense. Overall, however, I preferred the look of the Hisense’s game mode with its brighter highlights and generally punchier image (again). Both also looked significantly more color-accurate than the Vizio, which was quite blue.

Bright lighting: The TCL R655 has an impressive image under the lights as well. It can get exceedingly bright, although not significantly brighter than its predecessor, and measured dimmer than the Hisense U8H overall. That said it outshined most TVs I’ve tested however, with the exception of the significantly more-expensive Samsung QN90B.

The Hisense, unfortunately, showed evidence of edge enhancement that I noticed in over-sharp edges of the trees and confirmed with test patterns — despite the sharpness control set to zero and relevant processing toggled off. The TCL and Vizio, properly, showed no such issues. 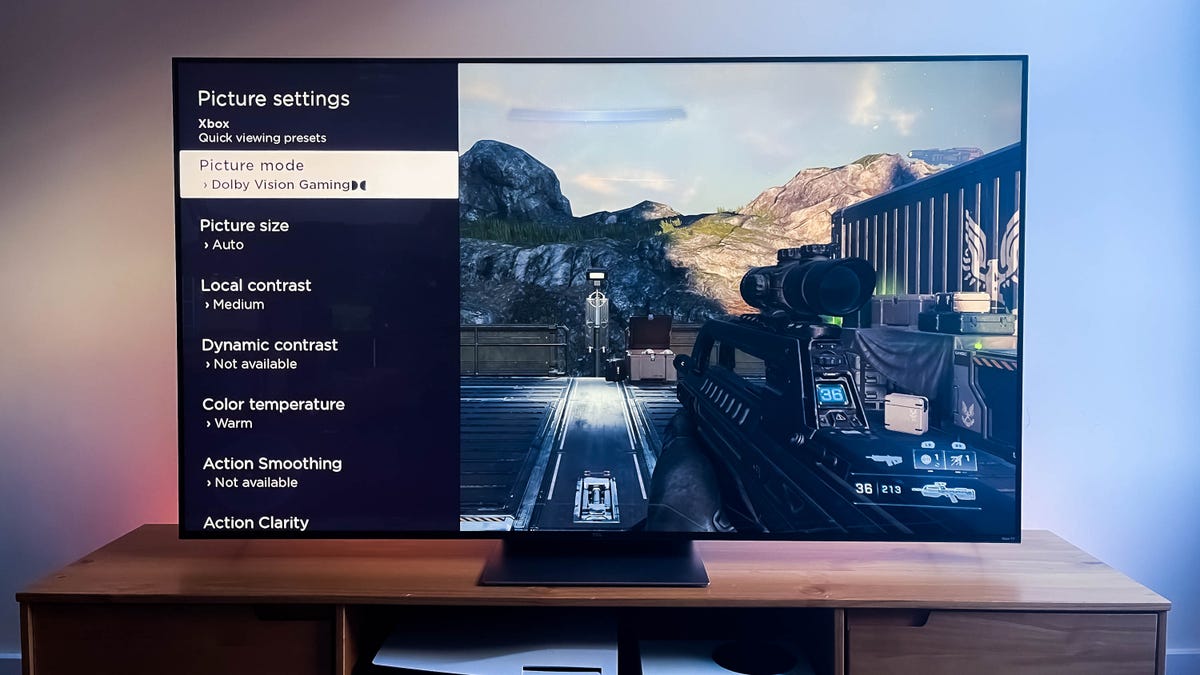 In addition to the older TCL 6-Series Roku TV (the R635 series), which the R655 replaces, other versions of the 6-Series were released in 2021 and remain on sale. The R646 series uses the Google TV operating system but otherwise has similar specifications to the R655 models reviewed here. The R648 series has 8K resolution and is significantly more expensive. We haven’t reviewed either one. The TCL’s brightest settings, “TV Brightness: Brighter” and “Picture mode: Vivid,” (or “Bright HDR” for HDR content) are terribly inaccurate. An accurate bright-room picture is easy to achieve, however. Just switch the mode to “Movie” or “Dark HDR” mode, which reduces light output but delivers a much better image. 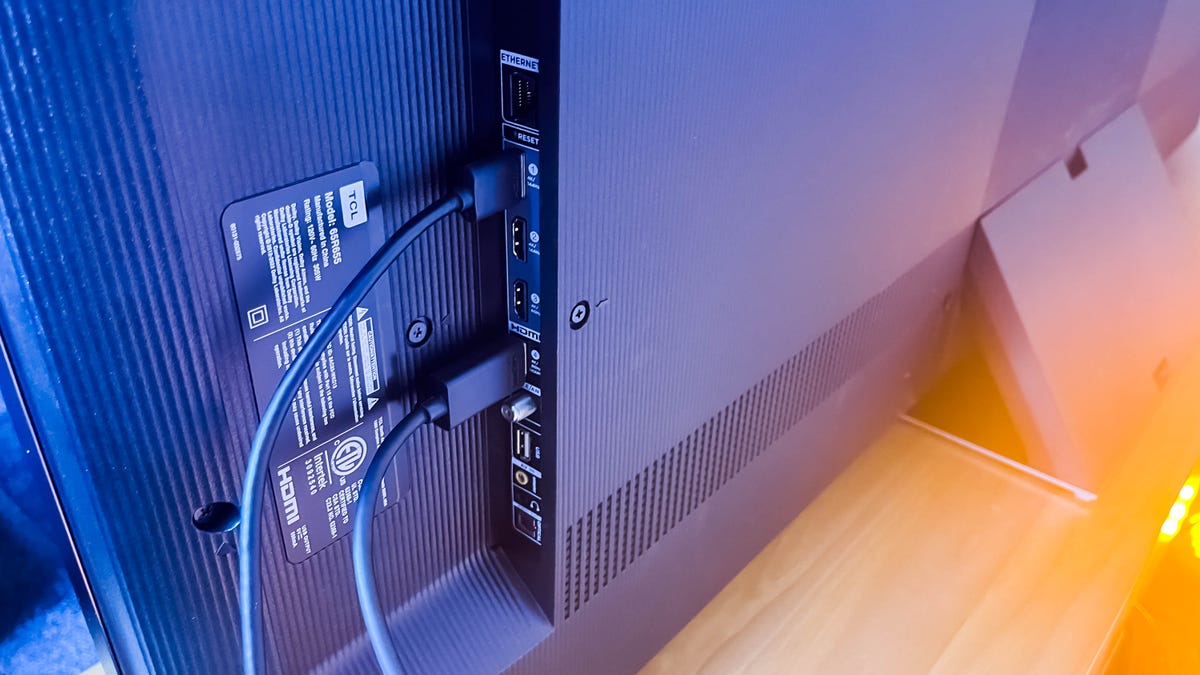 Google TV is my second-favorite and has its advantages, including better voice support, a convenient “Continue Watching” section and quick access to shows within apps. But for me, Roku’s speed and simplicity win out. Operation wasn’t flawless, however. At one point while exploring the LIve TV section I clicked favorite channels and the whole TV froze and wouldn’t respond to any commands. The only solution was to pull the plug.
The TCL 6-Series delivered excellent overall image quality. For my side-by-side comparisons I lined up the TCL 6-Series next to the Hisense U8H, another mini-LED-equipped TV in the same price range, and the Vizio MQX, which lacks mini-LED, has fewer dimming zones and costs a bit less.

I performed a hands-on evaluation of the 65-inch 2022 TCL 6-Series (the R655 series), but this review also applies to the other screen sizes in the series. Aside from different numbers of local dimming zones, detailed below, all sizes have similar specs and should provide similar picture quality.
The TCL 6-Series Roku TV, seen here at 65 inches, also comes in 55-, 75- and 85-inch versions.
The TCL has a smoothing option that engages the Soap Opera Effect (Picture settings>Action smoothing) and happily it’s “off” in Movie and Dark HDR modes. You can also turn on LED Motion Clarity to improve motion resolution, but doing so dims the image so I left it turned-off. 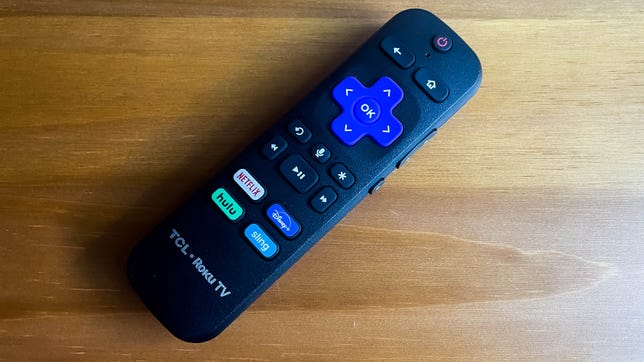 Uniformity and viewing angle: The TCL’s screen showed no major uniformity issues. It preserved off-angle color fidelity about as well as the Hisense U8H, and slightly better than the Vizio.
Streaming on the TCL 6-Series reminded me why I continue to prefer Roku TV over any of its competitors: simplicity and lack of clutter. Pretty much all of the others, including Amazon Fire TV, Google TV, Vizio, Samsung and LG, pack the screen with lots of shows, movies and promotions I don’t want, as well as persistent menus with lots of choices and add-ons. Roku, just like an iPhone, is still basically just a grid of apps I can add, remove and rearrange to my liking. Sure there’s a big ad to the side, but I prefer that to a carousel of ads and show promotions in the middle. 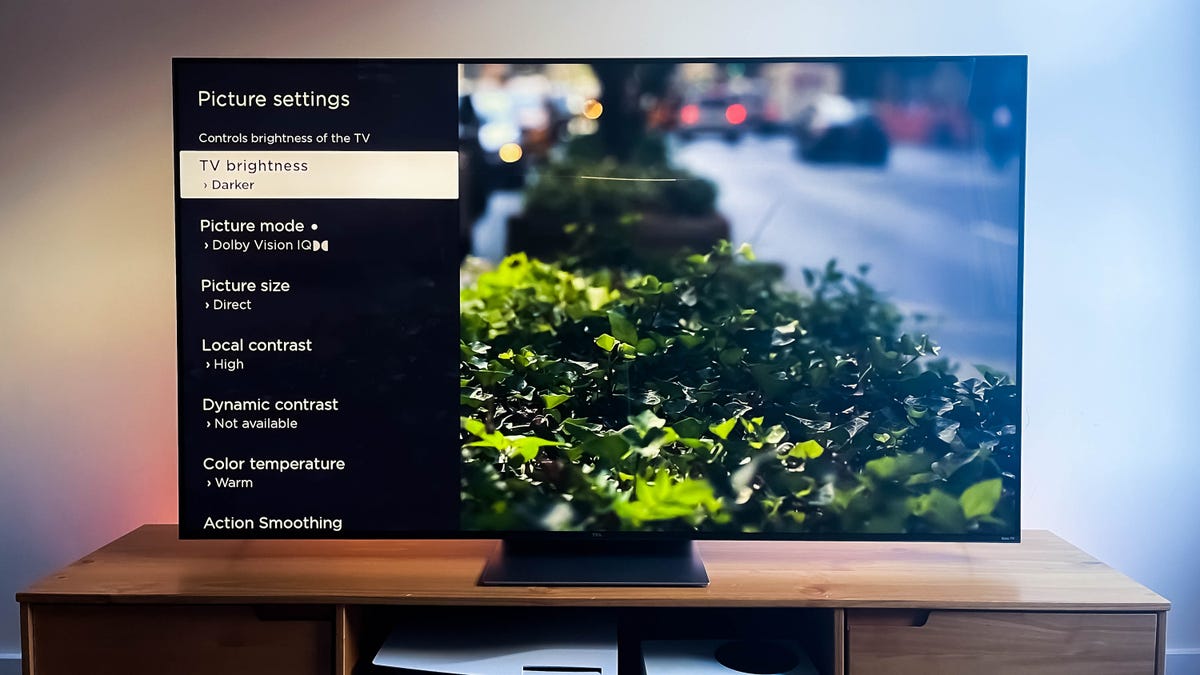 On the other hand the Hisense was visibly brighter than the TCL with similar black levels, which increased its sense of impact. The fire between the silhouettes of the king and his young queen looked more brilliant on the Hisense, and measured brighter too (806 nits compared to 627 on the TCL). Full-screen daylight, such as the sky behind the white stag, also looked brighter on the Hisense.
The TV stand can raise the panel a few inches so a soundbar doesn’t obstruct the screen.

6:44 For high dynamic range sources I’d stick with the TV Brightness = Brighter, Picture Mode = Dark HDR for pretty much everything. It delivers the best EOTF of any setting, better than any of the other TV Brightness settings, and also takes full advantage of the TV’s light output without sacrificing accuracy. You can get slightly brighter by choosing the Bright HDR picture mode but it’s much less accurate. 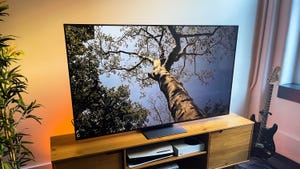