When Anna first meets Ethan Russell, he appears to be a sweet teenager dropping off a welcome gift from his mom, the real Jane Russell, aka Jennifer Jason Leigh’s character. Yet while Alistair Russell (Gary Oldman) is Ethan’s real father, Jane Russell isn’t his biological mother. His biological mother is Katie, aka Julianne Moore’s character, who Anna had assumed was Jane Russell. They both just happen to favor the same blonde haircut. Troubled teen is an understatement. Ethan, who doesn’t truly love his biological mother, discovered his love of watching people die after he pushed Pamela Nazin, Alistair’s assistant, from her sixth-floor terrace in Brookline. Soon after this incident, Alistair transferred the family to Manhattan.
Jennifer Jason Leigh plays the real Jane Russell.
Anna ventures into David’s basement room to ask him if he ever met Jane after working for Alistair. She discovers letters from the Boston parole board. He owns up, saying he’s “in violation,” supposed to be in Springfield, Massachusetts, because of a bar fight. He was in the wrong place at the wrong time and merely “reacted.” He then punches the wall, illustrating his point. When Anna calls David out for having Jane’s earring, David tells the police the truth, that the earring belongs to Katherine, aka Katie, a woman who stayed with him one night.

On Thursday, Anna sees Katie inside the Russells’ apartment and quietly roots for her in what appears to be an argument with Alistair. Moments later, a knife is sticking out of Katie’s stomach. We don’t see who put it there, but Anna assumes it’s Alistair. We later find out it was really Ethan. After Ethan murders David, he informs Anna that he had been secretly letting himself into her townhouse and that he was the one who took the creepy photo of her sleeping.
Read more: The Woman in the Window review: Twisty Netflix thriller loses the plot

What happened to Anna’s husband and daughter?

How did Anna’s family die?

The first time we meet “Jane Russell” she’s Julianne Moore’s version, a cool artist who takes care of Anna after kids throw eggs at her townhouse on Halloween and she suffers a fainting spell. When Anna says, “You’re Jane Russell,” the woman replies “What makes you say that?” She never confirms her identity, adeptly dodging any personal questions. Later, Anna shows David (Wyatt Russell) a picture of the woman, after witnessing her murder in the Russells’ apartment. David reveals that she’s not Jane but Katie, Ethan’s birthmother. The woman who later appears to be Alistair’s wife and who introduces herself as Jane Russell is indeed who she says she is.

What drug does Anna take?

Netflix’s latest psychological thriller The Woman in the Window doesn’t let up, revealing twist after twist until, like Amy Adams’ Dr. Anna Fox, your head is slightly spinning. An agoraphobe whose diet consists of pills and wine, she’s forced to slowly piece together her hazy reality — and a murder that may or may not have taken place. 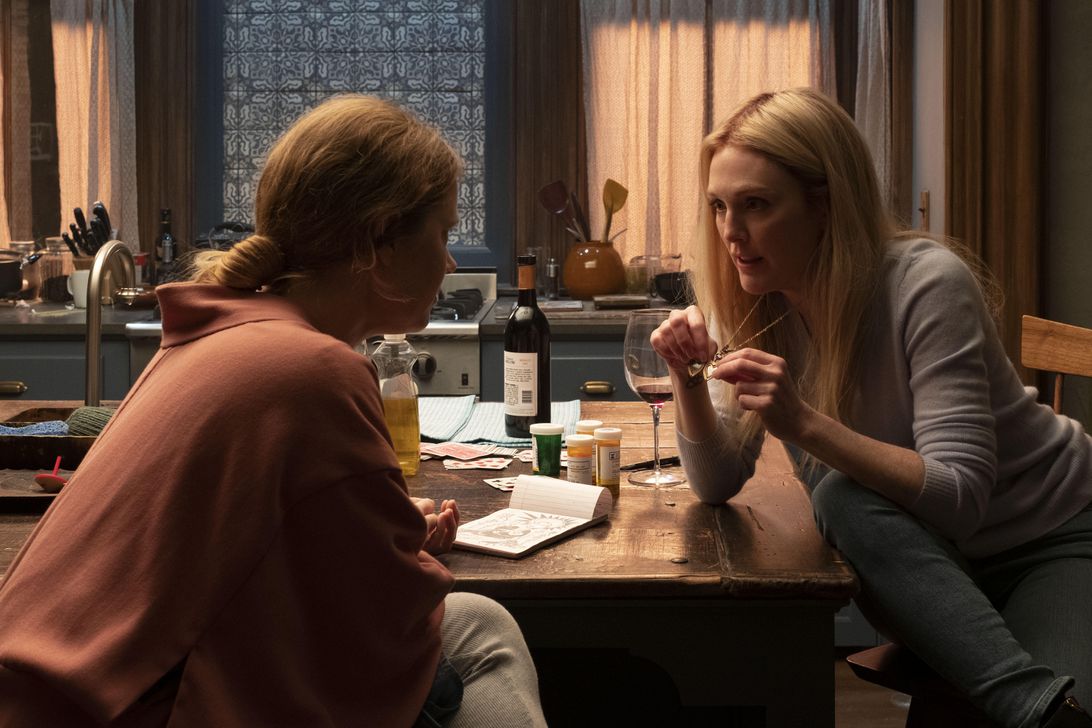 David, who had a one night stand with Katie and apparently a long discussion about who she is, reveals Katie’s true identity as Ethan’s birthmother. He says that Katie and Alistair Russell were in a relationship before Katie left eight months into her pregnancy. Alistair spent two years tracking her down, finally finding her in a meth commune in Oregon. He took Ethan, while she went to prison. Alistair married Jane and the Russells hid from Katie for years, until she found them in Boston, despite Alistair paying her to stay away. Katie tracks them down after their swift move to New York, appearing inside their apartment several times until she’s murdered.

In a flashback, we join the Fox family driving to the mountains for a Christmas skiing trip. Anna’s strained relationship with Ed is teased out, Ed unhappy about putting on a “happy family” front for their daughter, after Anna cheated on him. Anna then receives a phone call from an Unknown Caller, who Ed suggests is “him” and they struggle over the phone. Anna takes her eyes off the road — and their car hurtles off the side of the mountain, killing her husband and daughter. Anna continues to relive the traumatic experience with constant visions of swirling snow.

Why did Ethan kill David?

Who killed ‘Jane Russell’ aka Katie?

Entertain your brain with the coolest news from streaming to superheroes, memes to video games.
On Wednesday, the day after Anna meets “Jane,” Anna hears a scream and shouting from the Russells. She sees “Jane,” aka Katie, leave (after Katie had presumably frightened the real Jane and fought with the Russells), then goes downstairs to ask David whether he heard the commotion. In the background, she can hear a woman crying. Little does she know, it’s Katie, staying with David with nowhere else to go. In Ethan’s own words, he killed David because “he deserved it. He slept with my mom and got her all pissed off. And then threw her out. She might have just gone away if he’d left her alone. Then maybe none of this would have happened.”
Amy Adams’ Anna Fox is forced to come to terms with a few hard truths. 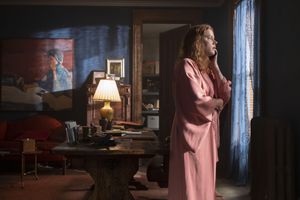