We are participating in an ULP (unfair labor practice) strike, which legally protects us from permanent replacement… If the University doesn’t withdraw its threat, we will be filing a third ULP charge for their numerous attempts at unlawful retaliation.
Columbia is withholding *all* of striking students’ compensation, including stipends, despite claiming that stipends are not compensation for work. (This August Columbia unilaterally and without warning changed the stipend structure from a lump-sum at the beginning of the semester to biweekly payments, and have argued that because they aren’t compensation they could do this without consulting with the union.) While we receive strike benefits from the union, this is insufficient to cover cost of living. As such, there is a supplementary hardship fund, and we are looking for donations. 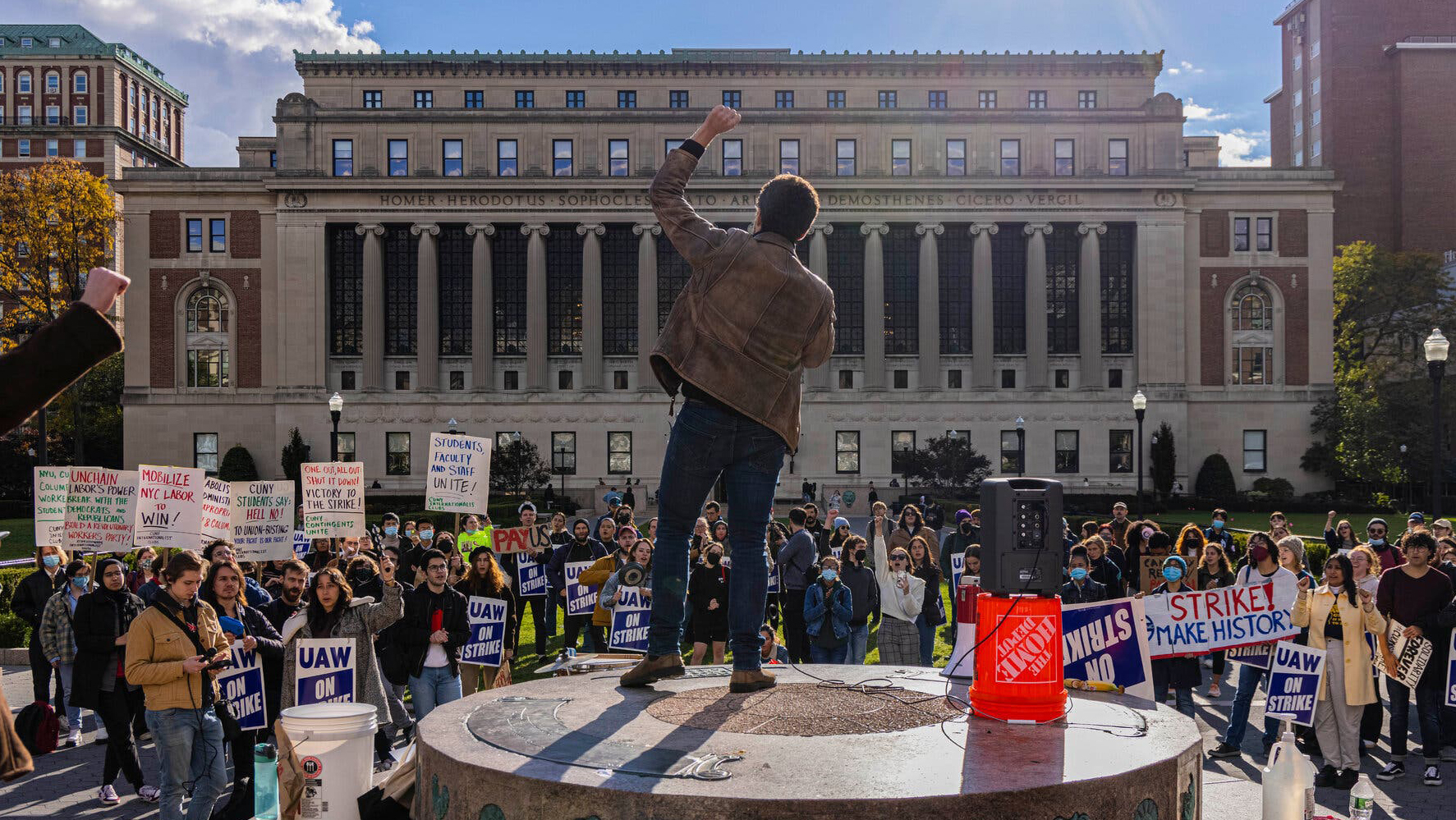 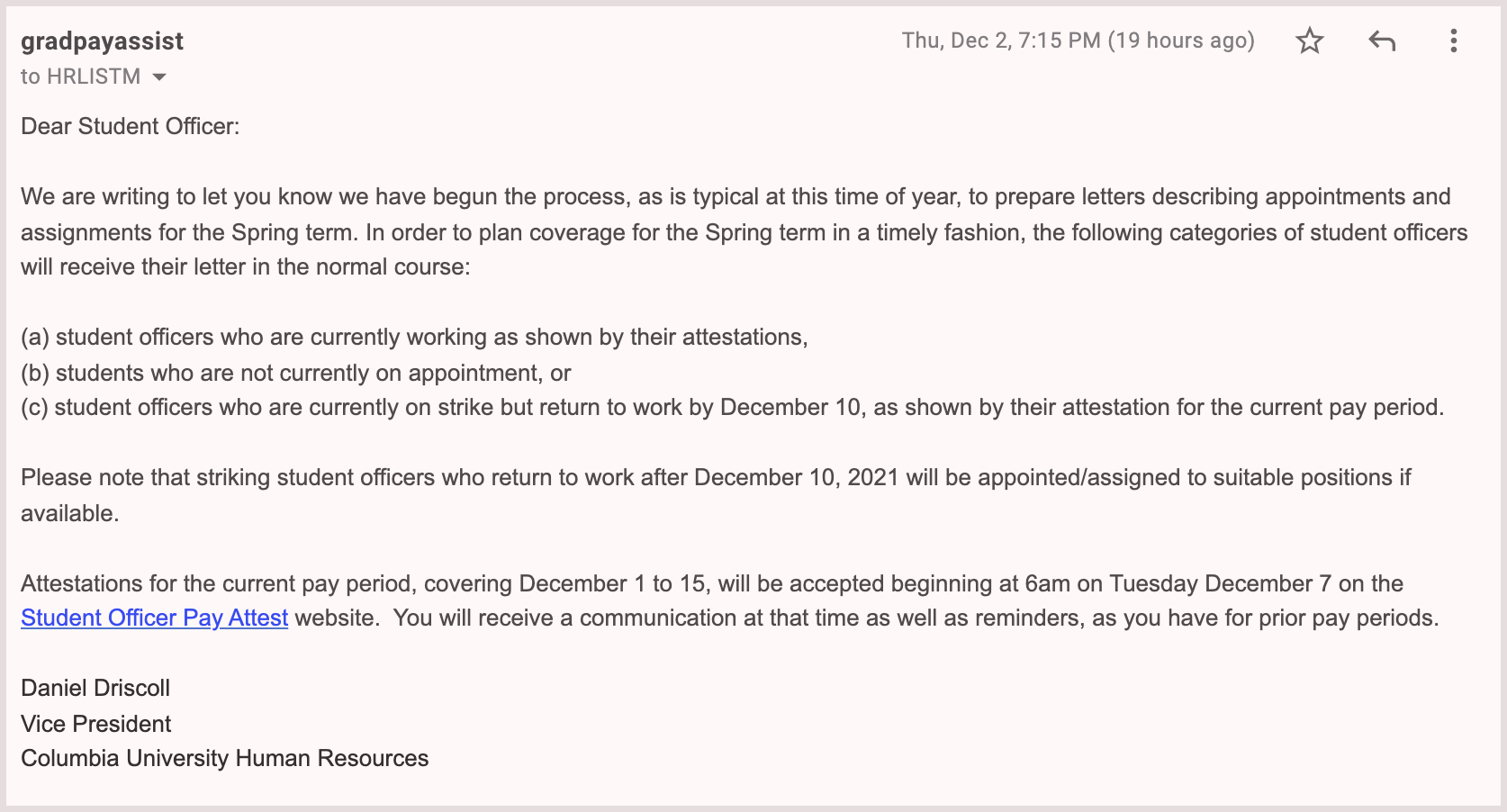 Meanwhile, the student writes:
Tonight we received an email from HR threatening to withhold some appointment letters for the Spring semester if we do not end our strike by December 10th. Make no mistake that this threat is a form of retaliation and intended to break the power of our strike. This threat is illegal, and it demonstrates that the university is bargaining in bad faith. It also shows that our strike is working and the university is desperate to end it…

You can donate to supplementary hardship fund here.
You can read their full statement here.
In response the Student Workers of Columbia issued a statement to their members:
Graduate students at Columbia University went on strike last month, for the second time this year, as they attempt to negotiate a labor contract with the university.
According to one striking student, “our core demands are compensation that allows us to survive in NYC, independent arbitration for harassment and discrimination, vision & dental, and recognition for casual academic workers (largely undergrads and MAs).” You can learn more about what the students are asking for at the website of the Student Workers of Columbia, where they detail their bargaining framework.
Last week, Columbia University Human Resources Vice President sent out an email interpreted as threatening to deprive striking graduate students of their appointments (and, presumably, funding):