Kathleen Kingsbury, who became the paper’s Opinion Editor in January, has instituted changes in that section apparently aimed at updating and simplifying its organization and format. This involved, for example, replacing the “op-ed” label with “guest essay,” and getting rid of ongoing series of op-eds. The Times’s Disability series was ended, too.
The Times will continue to publish works by philosophers, says Mr. Catapano, but submissions by them will be competing for space against guest essays on all other topics, rather than just against other possible columns for a philosophy-oriented series. This may result in less philosophy published, but Mr. Catapano said that as the changes were just recently implemented, it is too early to know for sure. “I’m being philosophical about it,” he added. He remains the editor to whom philosophers interested in writing a guest essay for the Times should pitch their ideas.
The New York Times has instituted several changes to its publication of opinion pieces, and one of them is the discontinuation of The Stone, its dedicated space for publishing philosophy.

The Stone was started in May, 2010. Moderated by Simon Critchley (The New School) and edited by the Times’s Peter Catapano, it regularly published essays by a wide range of philosophers and others. Some of these have been collected in two books, and there is another volume of them due out next year. The column not only provided a platform for individual philosophers, but also served as a prominent public signal about the importance of philosophy. 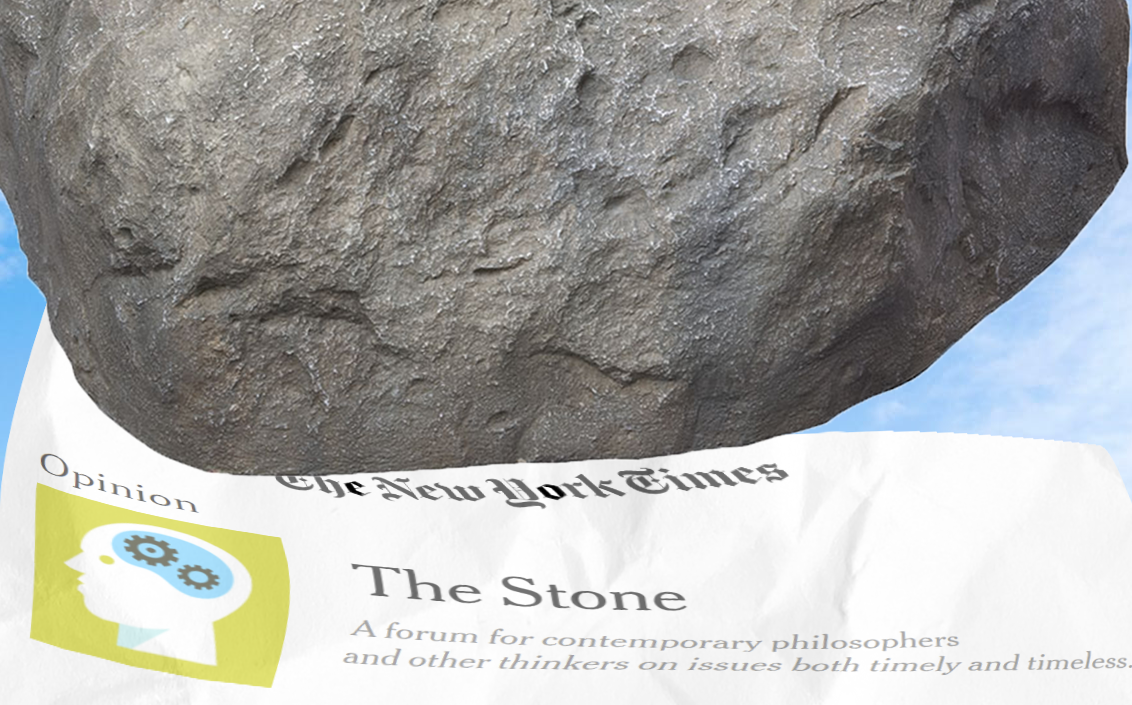 (Thanks to Bryan Van Norden for alerting me to this development).