But my favorite of her reflections on the healing power of nature comes from a letter she penned shortly after her eightieth birthday, in the first year of the twentieth century, synthesizing her learnings about nursing and life. (What is it about eighty being the age at which great minds distill their life-advice?) Winkingly addressing the nursing staff at St. Thomas’ Hospital as her “dear children,” for they had affectionately called her their “mother-chief” throughout her long service, Nightingale writes:
Complement with two centuries of great writers and artists on the creative and spiritual rewards of gardening, Ellen Meloy on the conscience of color, and V (formerly Eve Ensler) on how the tree outside her hospital window saved her life, then revisit this spacetime serenade to flowers and the meaning of life, starring Emily Dickinson, Michael Pollan, and The Little Prince.

She continued elaborating on and advocating for these ideas for the remainder of her long life. In 1892, already one of England’s most prominent public figures, Nightingale was asked to contribute the entry on nursing for one of the era’s most popular encyclopedic dictionaries. Under the heading “NURSES, training of,” after detailing various essentials of the skilled healthcare practitioner ranging from hygiene to dress, she writes:
Writing at the dawn of self-help as we now know it, when the pseudoscience of “positive thinking” was just beginning to intoxicate the modern mind as the snake oil of our time, Nightingale inverts the premise and, anticipating William James’s landmark theory of how our bodies affect our feelings by a quarter century, writes:

This state of nerves is most frequently to be relieved by care in affording them a pleasant view, a judicious variety as to flowers and pretty things. (No one who has watched the sick can doubt the fact, that some feel stimulus from looking at scarlet flowers, exhaustion from looking at deep blue, etc.) Light by itself will often relieve it. The craving for “the return of the day,” which the sick so constantly evince, is generally nothing but the desire for light, the remembrance of the relief which a variety of objects before the eye affords to the harassed sick mind.
Second only to air is light as an essential for growth, health and recovery from sickness — not only daylight, but sunlight — and indeed fresh air must be sun-warmed, sun-penetrated air. This should be meant to include colour, pleasant and pretty sights for the patient’s eyes to rest on — variety of objects, flowers, pictures. People say the effect is on the mind. So it is, but the enlightened physician tells us it is on the body too. The sun is a sculptor as well as a painter. The Greeks were right as to their Apollo.

The effect in sickness of beautiful objects, of variety of objects, and especially of brilliancy of colour, is hardly at all appreciated. Such cravings are usually called the “fancies” of patients. And often doubtless patients have “fancies,” as, e.g., when they desire two contradictions. But, much more often, their (so-called) “fancies” are the most valuable indications of what is necessary for their recovery. And it would be well if nurses would watch these (so-called) “fancies” closely.
Long before neuroscience began intimating that consciousness is not a brain function but a full-body phenomenon, long before psychology and physiology entwined to illuminate how the body and the mind converge in the healing of trauma, Nightingale — whose very being was imprinted with a cherishment of flowers by the name her parents had given her — writes:

Within a decade, she had invented professional nursing, founded the world’s first non-religious nursing school, and revolutionized both healthcare and data science by demonstrating measurably the lifesaving power of standardized situation, which she and her team of 38 nurses had introduced in an Istanbul hospital during the Crimean War, reducing death rates in the ward by 99 percent. To communicate these revelatory results to a public illiterate of statistics, she devised a new type of pie chart, known today as the Nightingale rose diagram, which she sent to Queen Victoria and which ushered in a new age of data visualization, empowering generations of information designers and inspiring W.E.B. Du Bois to create the epoch-making diagrams of African American life he presented at the World’s Fair in the final years of Nightingale’s life. 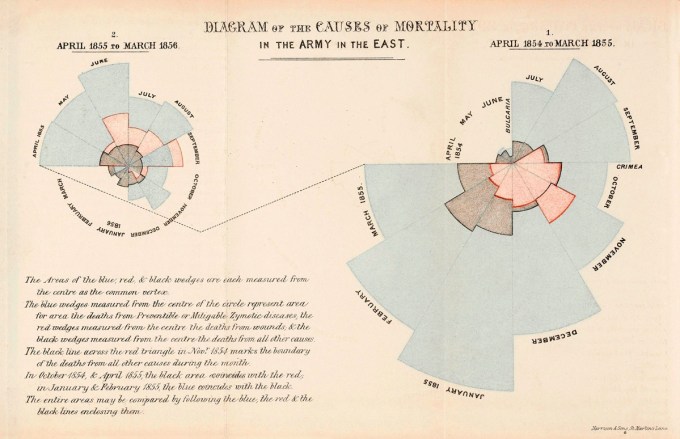 She formalized these observations in the second edition of her revolutionary book Notes on Nursing: What It Is, and What It Is Not, published in 1860, of which this humble woman was so proud that she sent a copy to Queen Victoria. In it, under the heading “Flowers,” Nightingale admonishes against one of the commonest and gravest mistakes in healthcare:

The superior cheerfulness of persons suffering severe paroxysms of pain over that of persons suffering from nervous debility has often been remarked upon, and attributed to the enjoyment of the former of their intervals of respite. I incline to think that the majority of cheerful cases is to be found among those patients who are not confined to one room, whatever their suffering, and that the majority of depressed cases will be seen among those subjected to a long monotony of objects about them.

When Nightingale’s pioneering nursing school at St. Thomas’ Hospital in London grew so successful that two new wards were built, the first thing she ordered for the grand opening were plants and flowers, knowing well that once “all the royalties are gone,” those lush blooming beauties would be “the main pleasure to the patients and nurses.”

But it was more than standardized sanitation she brought to those hospital wards and more than standardized sanitation that saved those human lives. Just as revolutionary was the type of patient care that made those wounded soldiers await “The Lady with the Lamp” as their “ministering angel” and prompted Emily Dickinson to celebrate her as “holy” across the Atlantic.

Volumes are now written and spoken upon the effect of the mind upon the body. Much of it is true. But I wish a little more was thought of the effect of the body on the mind. You who believe yourselves overwhelmed with cares, but are able every day to walk up [the street], or out in the country… you little know much your anxieties are thereby lightened; you little know how intensified they become to those who can have no change, how the very walls of their sickrooms seem hung with their cares, how the ghosts of their troubles haunt their beds, how impossible it becomes for them to escape from some pursuing thought without some help from variety.

The nervous frame really suffers as much from this as the digestive organs from long monotony of diet, as, e.g., the soldier from his twenty-one years’ “boiled beef.”

“I cannot say exactly how nature exerts its calming and organizing effects on our brains,” the poetic neurologist Oliver Sacks wrote in the dawning years of the twenty-first century, “but I have seen in my patients the restorative and healing powers of nature and gardens, even for those who are deeply disabled neurologically.”

This, however, was not a novel idea. A century and a half before him, another visionary of what we flatly term medicine — the stewardship of that intersectional wonder transpiring between the human body and the human spirit — arrived at the same conclusion.

“No more childish things… No more marriage,” Florence Nightingale (May 12, 1820–August 13, 1910) resolved in her diary on her thirtieth birthday. 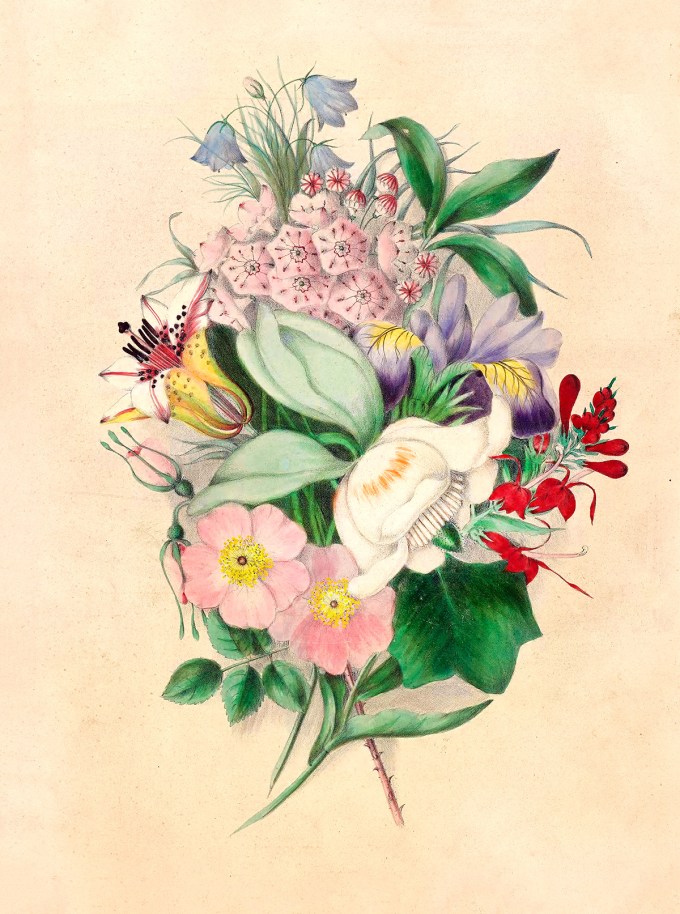 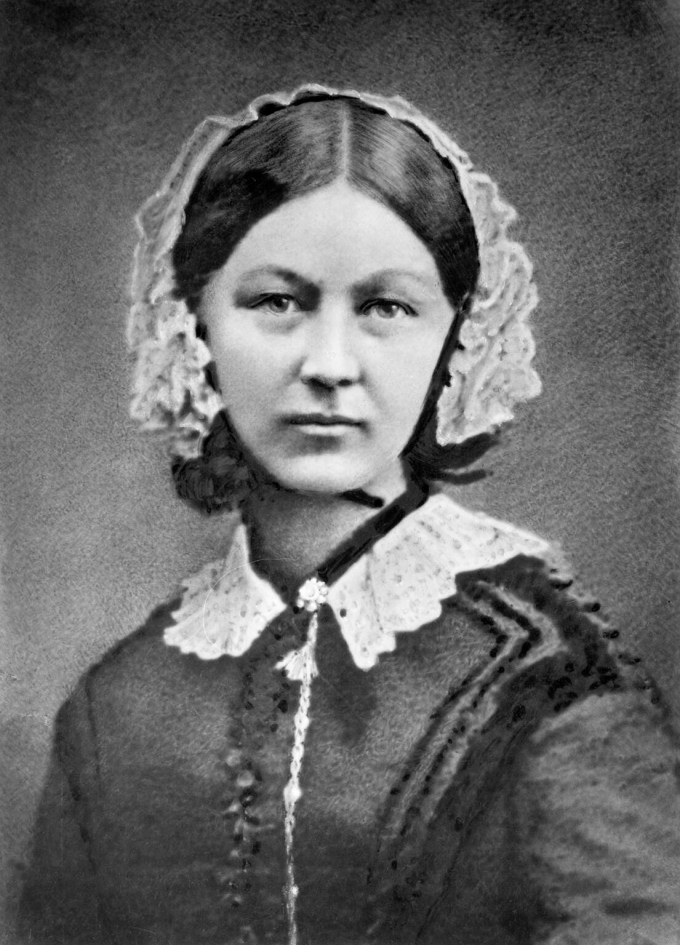 Years before Walt Whitman, while volunteering as a nurse in the American Civil War, attested to how “personal love, caresses, and the magnetic flood of sympathy and friendship [do] more good than all the medicine in the world,” Nightingale came to see compassion not as a flourish on medical care but as its most tonic offering and its primary instrument of healing. That her own life spanned more than double the life expectancy of her time and place is surely not unrelated to her uncommon insight into health, epochs ahead of her time in many ways — but most of all in her deep understanding of the dialogue between the body and the mind, in health and in healing.

People say the effect is only on the mind. It is no such thing. The effect is on the body, too. Little as we know about the way in which we are affected by form, by colour and light, we do know this, that they have an actual physical effect.

I shall never forget the rapture of fever patients over a bunch of bright-coloured flowers. I remember (in my own case) a nosegay of wild flowers being sent me, and from that moment recovery becoming more rapid.

The folly and ignorance which reign too often supreme over the sickroom cannot be better exemplified than by this: while the nurse will leave the patient stewing in a corrupting atmosphere, the best ingredient of which is carbonic acid [carbon dioxide], she will deny him, on the plea of unhealthiness, a glass of cut flowers or a growing plant. Now, no one ever saw “overcrowding” by plants in a room or ward. And the carbonic acid they give off at nights would not poison a fly. Nay, in overcrowded rooms, they actually absorb carbonic acid and give off oxygen. Cut flowers also decompose water and produce oxygen gas. It is true there are certain flowers, e.g., lilies, the smell of which is said to depress the nervous system. These are easily known by the smell and can be avoided.

Devoting an entire section of the book to variety, Nightingale notes that longtime nurses and long-term patients share in knowing just how immensely “the nerves of the sick suffer from seeing the same walls, the same ceiling, the same surroundings” during long convalescence. She offers an antidote to the debilitating physical effects of monotony:

Since her earliest days as a working nurse, a century and a half before immunologist Esther Sternberg demonstrated the link between emotional balance and susceptibility to disease, Nightingale witnessed patient after patient receive flowers “with rapture” — a brightening of spirit that very clearly uplifted their total state of being, allaying their physical suffering in measurable ways:

Once again ahead of her time, she extends especial compassion to patients suffering from what we call mental illness, now classify along an increasingly elaborate spectrum of disorders, then crudely labeled as hysteria or melancholy or simply (and punitively) insanity — patients doubly anguished by their powerlessness to intercept their own dark spirals of thought, for which beauty and light provide such sanative interception. Noting that the sick “suffer to excess from mental as well as bodily pain,” Nightingale writes in her nursing manual:

There have been great, I may say, discoveries in nursing. A very remarkable doctor, a great friend of mine, now dead, introduced new ideas about consumption, which might then be called the curse of England. His own wife was what is called “consumptive,” i.e., she had tubercular disease in her lungs. He said to her: “now you have to choose: either you must spend the next six months in your room. Or you must garden every day” (they had a wretched little garden at the end of a street) “you must dig — get your feet wet every day.” She chose the latter, became the hardiest of women and lived to be old.