“A metaphor is language that simultaneously creates and solves its own riddle; within that minute explosion of mind is both expansion and release… It is how the mind instructs itself in a more complex seeing.”

It is a marvel, though hardly a surprise, that children’s minds are machines for metaphor. We are meaning-making creatures — from the moment we begin trying to make sense of the world, and even as we face the terrifying prospect of its meaninglessness, the familiar becomes our foothold for the unfamiliar; the images that already carry meaning, already invoke felt feeling-tones, become mirrors and magnifying glasses for those that don’t yet. Our entire experience of reality, bent through the lens of our meaning-hungry consciousness, becomes, as Nietzsche memorably put it, “a movable host of metaphors, metonymies, and anthropomorphisms.” Out of that moving host, the entire ecosystem of meaning we call art is born. 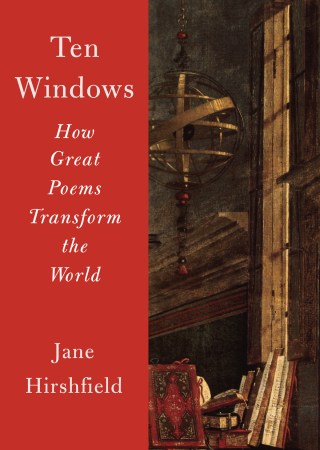 […]
That is what Jane Hirshfield — a poet capable of compressing a universe of meaning into a mouthful of words, a thinker of uncommon insight into how language concentrates and consecrates reality, and an ordained Buddhist whose contemplative practice animates her creative practice — explores in this lovely animated meditation on the magic of metaphor from my friends at TED-Ed:

Aristotle, in his Rhetoric, alludes to the kinship between metaphor and riddle, calling each a source for the other. Not only does solving a riddle depend on the ability to think metaphorically, all metaphor preserves some flavor of a puzzle. A metaphor is language that simultaneously creates and solves its own riddle; within that minute explosion of mind is both expansion and release. Perhaps this is why riddles abound among the earliest poems in many traditions and why spiritual teaching so often partakes of the riddling: it is how the mind instructs itself in a more complex seeing.
Complement with her short, splendid poems “Optimism” and “The Weighing” — both masterpieces of metaphor — then dwell with this living metaphor for the riddle of life.
Metaphors give words a way to go beyond their own meaning. They are handles on the door of what we can know and of what we can imagine. Each door leads to some new house and some new world that only that one handle can open.
[embedded content]

What’s amazing is this: By making a handle, you can make a world.

She takes up the subject throughout her book Ten Windows: How Great Poems Transform the World (public library) — which gave us her soulful meditation on how art transforms us — and writes:

A good metaphor… is a way to let you feel and know something differently.