“The utility of living consists not in the length of days, but in the use of time,” Montaigne wrote half a millennium ago as he reckoned with how to live, before we had fully forgotten the finitude of our time and the preciousness of presence, before we had made of our four thousand weeks a conveyor belt of productivity. 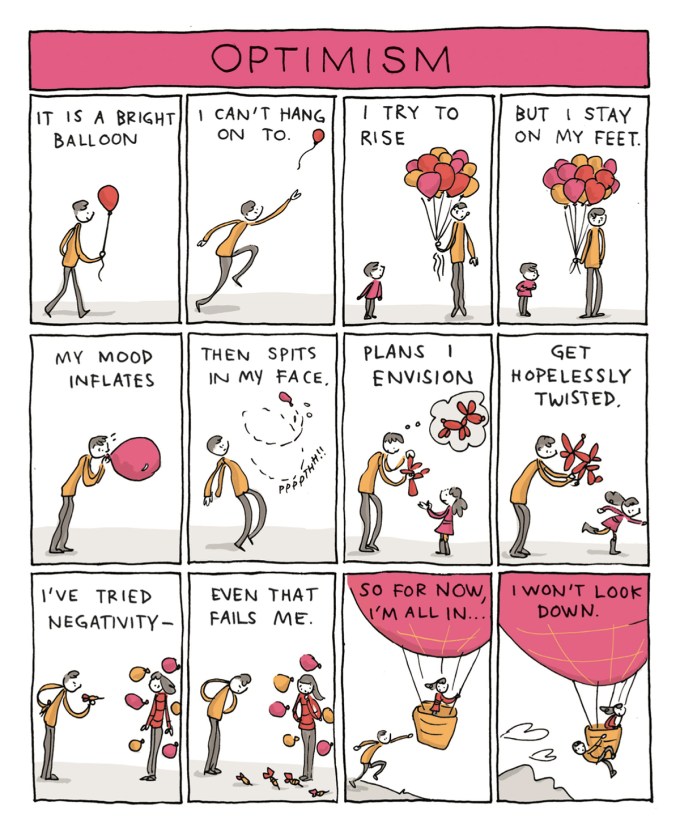 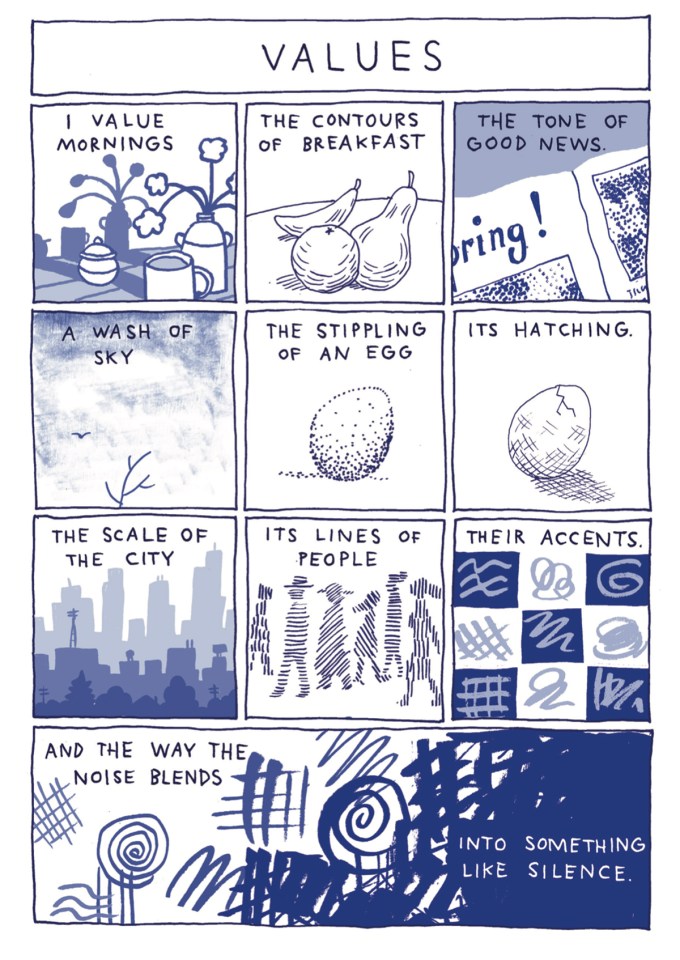 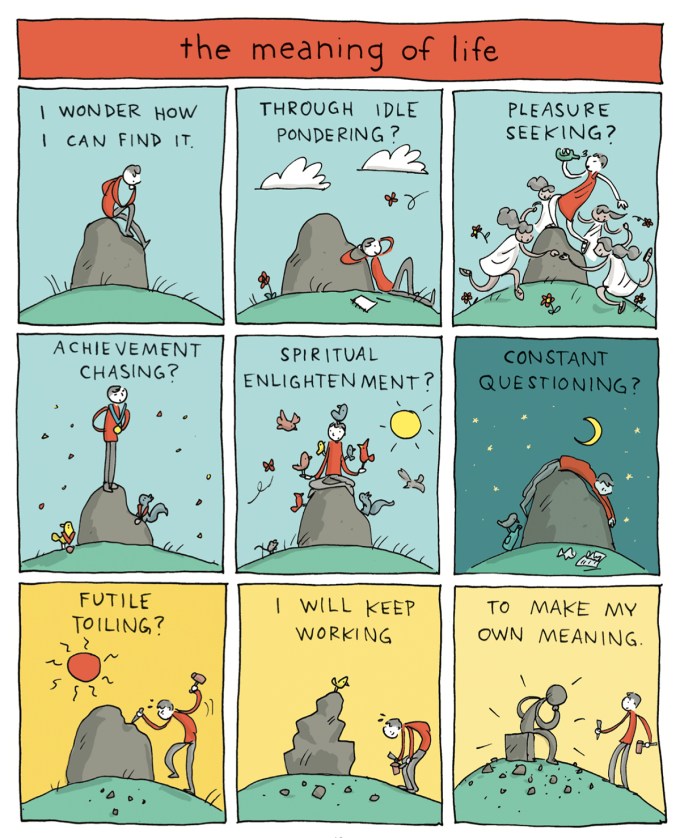 Epochs later, the contemplative cartoonist and Incidental Comics creator Grant Snider tackles the same eternal question in a very different style but with a kindred spirit in The Art of Living: Reflections on Mindfulness and the Overexamined Life (public library) — a love letter to noticing, a tender lullaby for self-doubt, a manifesto for self-liberation from the tyranny of striving, in comics. 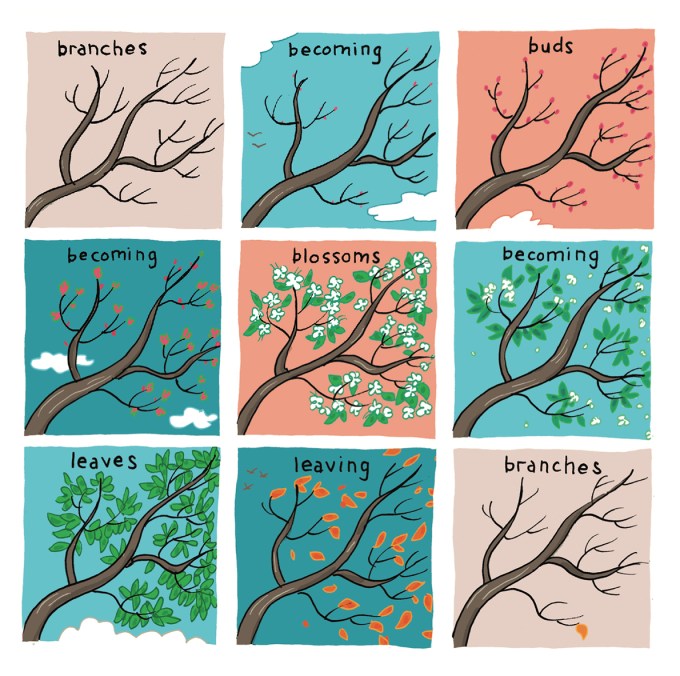 Radiating from it all is Snider’s genial bafflement at the strangeness of these lives we have elected for ourselves, and at the unbidden gladness that nature offers us as soon as we look up from the screen and simply pay attention. 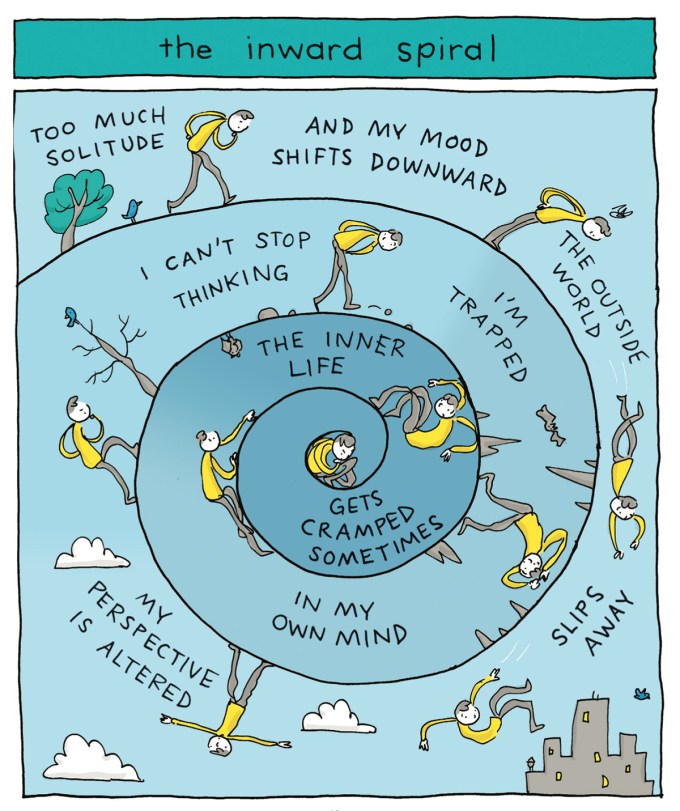 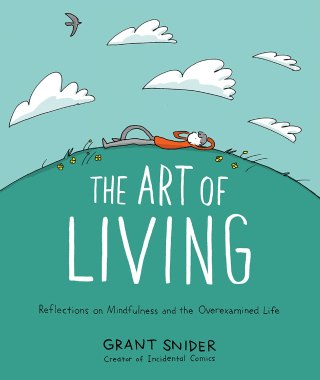 What makes Snider’s work so delightful is how unafraid of sincerity he is, how unseduced by the trendy cynicism that defines an age too terrified to live openheartedly in a world that so often breaks the heart, but so often slakes it with its bottomless well of wonder the moment we relax the cynical wince and look lightward. 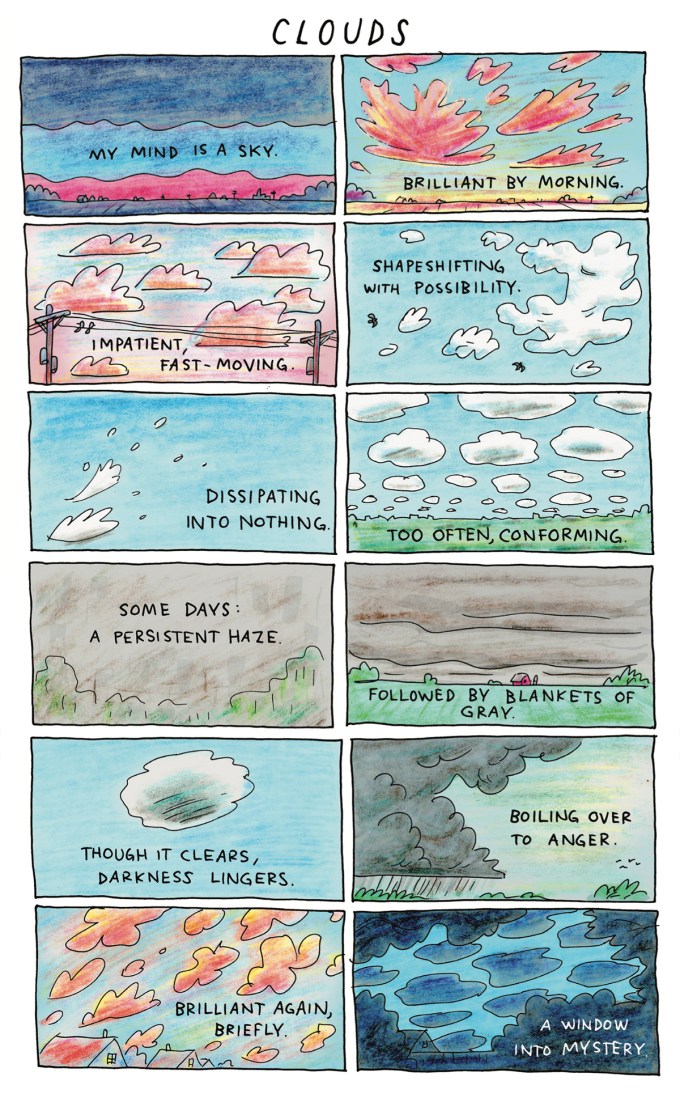 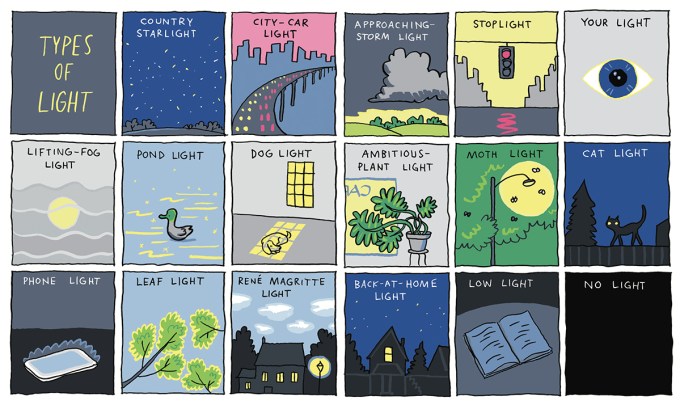 Some are more poetic, some more philosophical, some more searching; some obsessively detailed, some spaciously abstract. Uniting them all is the quiet insistence that our perspective is all we have, and that shifting it ever so slightly, ever so fleetingly, shifts the entire world on its axis — the world we call life. 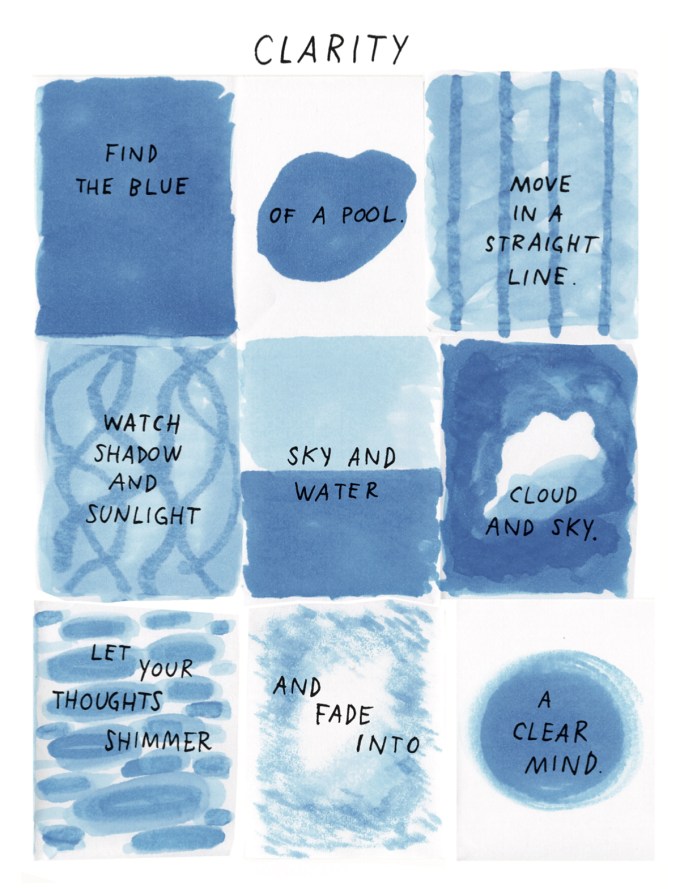 Each is partway between a poem and a children’s book, and the sum of them is a miniature of life itself: the playful commingling with the poignant, the restlessness with the rapture, the existential loneliness with the lust for living. 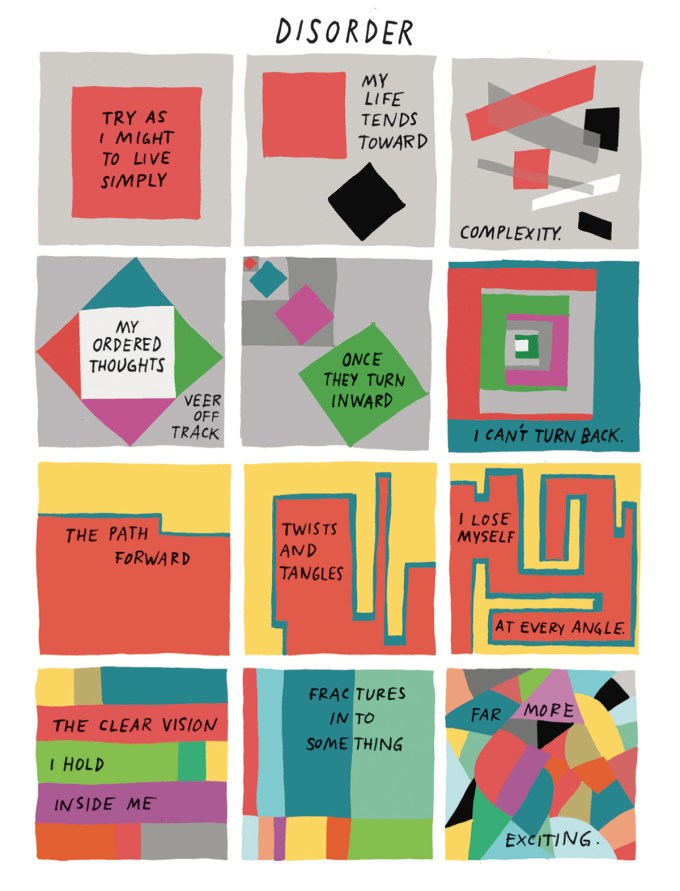 There is an added ice-cream parlor pleasure to the sheer variety of styles he brings to his reflections, itself an analogue for the variousness of moods and mindsets that color any one life — and a reminder that while this book may be Snider’s apprenticeship in becoming (to borrow Bruce Lee’s perfect phrase) an artist of life, he is very much a master of his art-form. 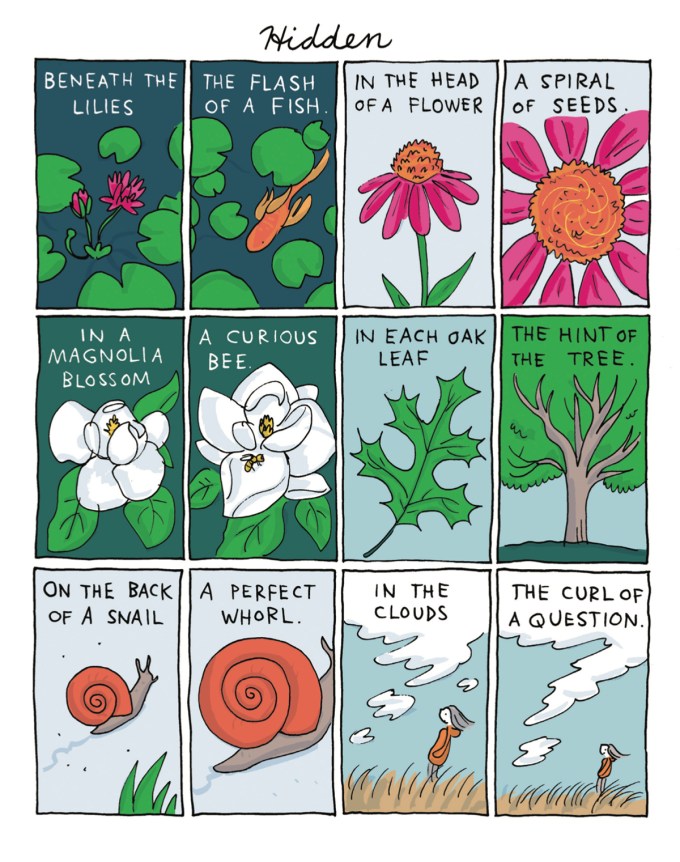 There are visual meditations on self-doubt and Stoicism, reckonings with the elusive nature of inspiration and the antidotes to despair, taxonomies of light and limits, serenades to the joys of decluttering and the fertile silence of snow, private answers to universal questions, unanswerable questions the asking of which is its own testament to presence, and a panoply of varied questions the best answer to which is spring, or kindness, or simply attention. 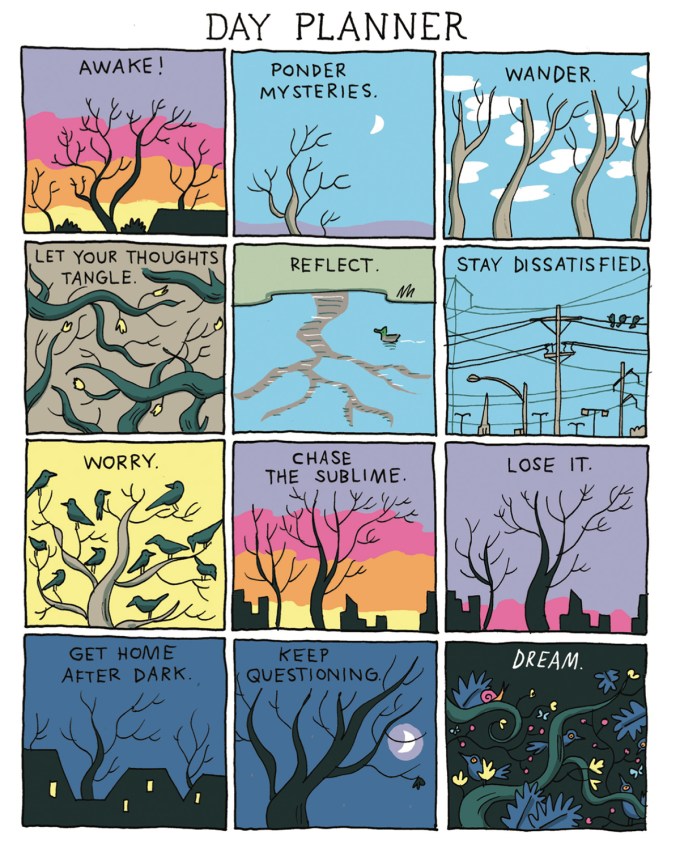 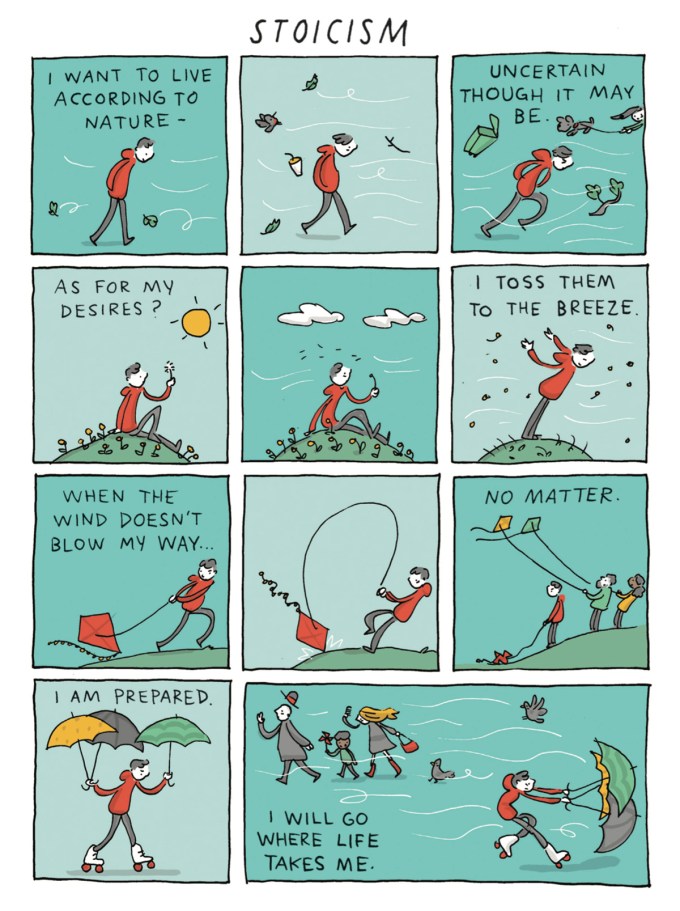 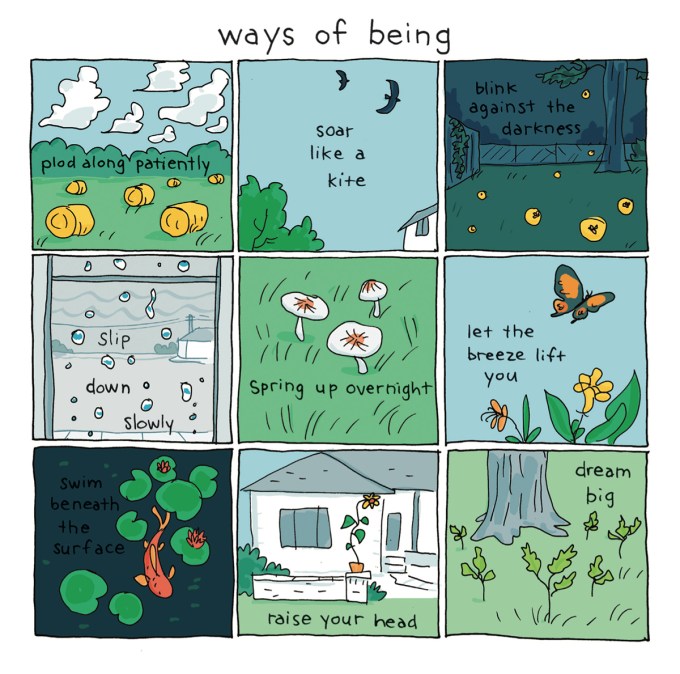 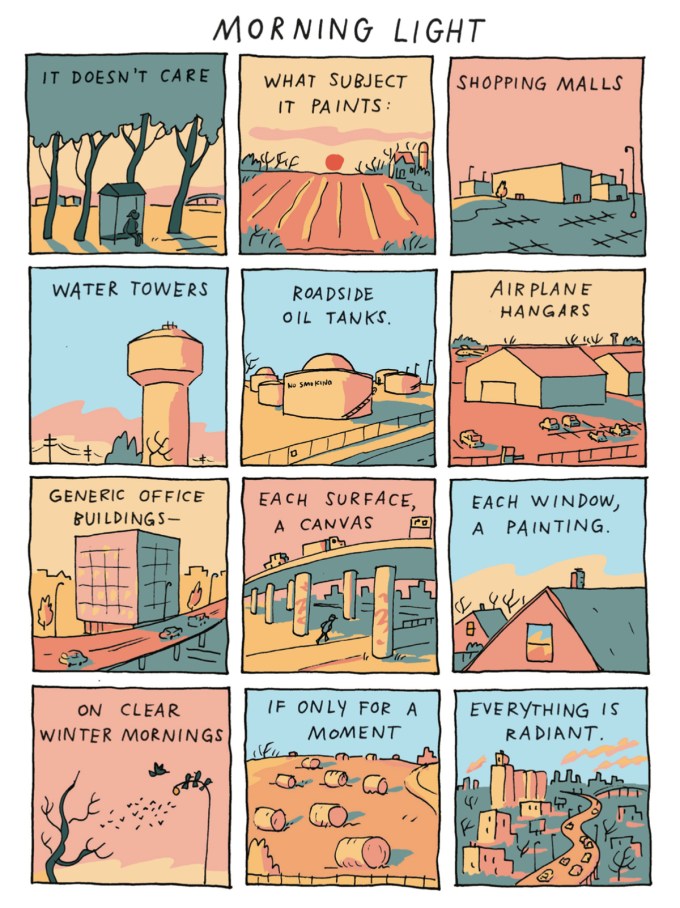 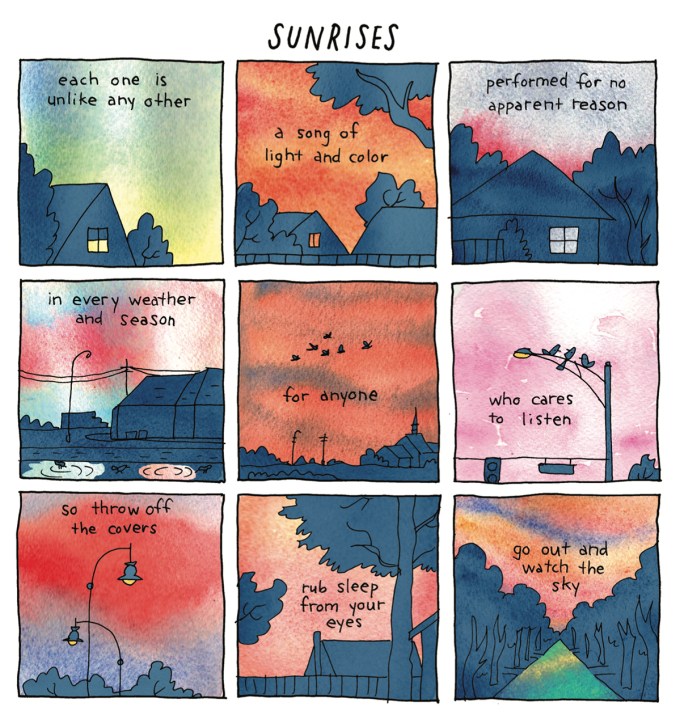 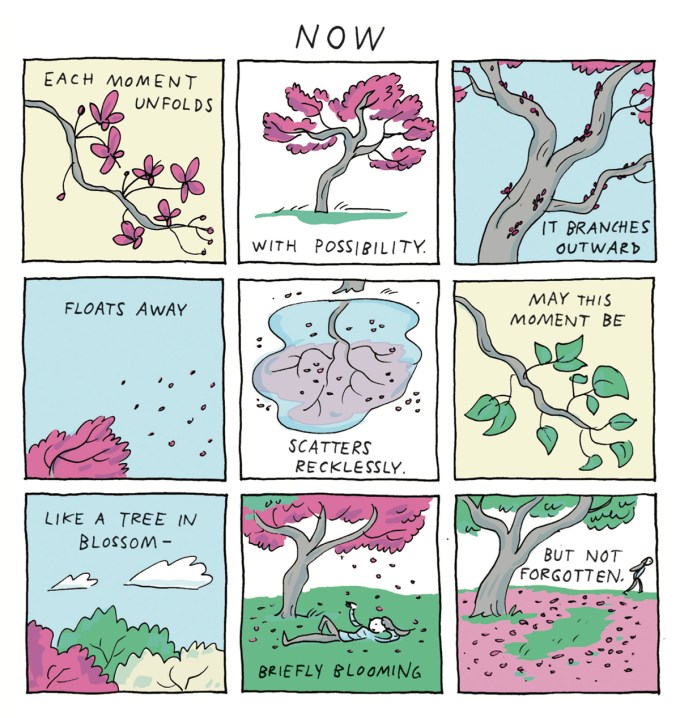 Complement The Art of Living with the great humanistic philosopher and psychologist Erich Fromm’s book of the same title from half a century earlier, Whitman’s kindred reckoning, and Alison Bechdel’s graphic meditation on life, mortality, and our search for meaning, then revisit Travis Jonker’s tender fable about our capacity for change, illustrated by Grant Snider.