From the start, I envisioned using the teenage poet’s herbarium — a forgotten treasure at the intersection of art and science, one of my favorite discoveries during the research for the Dickinson chapters of Figuring — as the raw material for the animation art. Having collaborated on a handful of previous animated poems, I invited Ohara Hale — artist, musician, poet, illustrator, animator, maker of nature-reverent children’s books, choreographer of beauty and feeling across a multitude of art-forms — to work her visual magic on the poem-song.
Without flowers, there would be no us.
Strewing the animation are words from the poem, hand-lettered by the polymathic Debbie Millman (whose script graces the Universe in Verse titles throughout the entire season) in a style based on surviving museum samples of Emily Dickinson’s handwriting from the period in which she composed the herbarium.
The first episode tells the story of evolution and the birth of ecology, illustrated with an Emily Dickinson poem — untitled, per her unconventional choice across her entire body of work, but known, per literary convention, by its first line: “Bloom.”
This herbarium — which survives — became Emily Dickinson’s first formal exercise in composition, and although she came to reverence the delicate interleavings of nature in so many of her stunning, spare, strange poems, this one — the one she wrote in 1865, just before Ernst Haeckel coined ecology — illuminates and magnifies these relationships through the lens of a single flower and everything that goes into making its bloom — this emblem of seduction — possible: the worms in the soil (which Darwin celebrated as the unsung agriculturalists that shaped Earth as we know it), the pollinators in the spring air, all the creatures both competing for resources and symbiotically aiding each other.
Ohara composed all the creatures — the bee, the butterfly, the caterpillar, the human hand — from fragments of the poet’s centuries-old pressed flowers: digitized, restored, retraced by hand, and atomized into new life-forms. Individual petals, leaves, and stamens make the wings, body, and antennae of each butterfly. Layers of petals, sepals, and anthers stripe and behair the body of the bee. A large leaf folds unto itself to shape the hand that wrote this poem and nearly two thousand others — poems that have long outlived the living matter that felt and composed them, poems that have helped generations live.
She had awakened to the interdependent splendor of the natural world as a teenager, when she composed a different kind of ecological poem: In a large album bound in green cloth, she painstakingly pressed, arranged, and labeled in her neat handwriting 424 wildflowers she had gathered from her native New England — some of them now endangered, some extinct.
It has been an honor to collaborate with these uncommonly gifted women on honoring an uncommonly gifted artistic ancestor and celebrating our common evolutionary ancestry with all life-forms in nature.
Once there were flowers, there were fruit — that transcendent alchemy of sunlight into sugar. Once there were fruit, plants could enlist the help of animals in a kind of trade: sweetness for a lift to a mate. Animals savored the sugars in fruit, converted them into energy and proteins, and a new world of warm-blooded mammals came alive.

BLOOM
by Emily Dickinson
The nine episodes follow a larger story-arc stretching between the beginning of life on our home planet and the end of our universe once all the stars burn out.(For more about the totality and the twenty-nine largehearted artists, musicians, writers, scientists, and other weavers of wonder who poured their time and talent into this improbable labor of love, see the project home.)
Every true artist is a miniaturist of grandeur, determined to make every littlest thing the very best it can be — not out of egoic grandiosity but out of devotion to beauty, devotion paid for with their time and thought, those raw materials of life. When I invited the uncommonly gifted and uncommonly minded Joan As Police Woman to bring the poem to life in a typical Universe in Verse reading, this true artist instead transformed it into a soulful song — an homage that would have gladdened the poet, who in her teenage years took regular music lessons and practiced piano for two hours a day, and who grew up to believe that, in its most transcendent stillness, the world is “thronged only with Music.”
For four seasons, it remained a live gathering — thousands of embodied universes of thought and feeling, huddled together in a finite space built in a faraway time when Whitman’s living atoms walked the streets outside.
No poetry.
And now we begin: 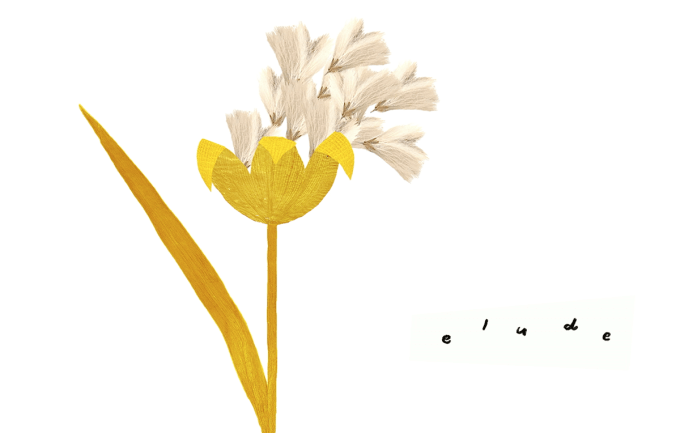 To bring Emily Dickinson’s masterpiece to life is a modern-day poet of feeling in music — also a keen observer of the house of life, also a passionate lover of nature, also an emissary of aliveness through art.
No science.

Bloom — is Result — to meet a Flower
And casually glance
Would cause one scarcely to suspect
The minor Circumstance
Assisting in the Bright Affair
So intricately done
Then offered as a Butterfly
To the Meridian —
To pack the Bud — oppose the Worm —
Obtain its right of Dew —
Adjust the Heat — elude the Wind —
Escape the prowling Bee
Great Nature not to disappoint
Awaiting Her that Day —
To be a Flower, is profound
Responsibility —
In a small wood cabin at the foot of a Spanish volcano, she set about reanimating — in both senses of the word — Emily Dickinson’s spirit through her herbarium.
A year earlier, in 1865, a young American poet — a keen observer of the house of life who made of it a temple of beauty — composed what is essentially a pre-ecological poem about ecology.
In this interlude between gatherings, as we face the biological and ecological realities of life with widened eyes, I have entwined visions with my friends at On Being to reimagine the spirit of The Universe in Verse in a different incarnation, a year in the making: a season of stories about epoch-making events, discoveries, and unsung heroes from the history of science — this common record of our search for truth and the native beauty of reality — each illustrated in poetry’s lovely abstract language, with an animated poem.
But then, in the Cretaceous period, flowers appeared and carpeted the world with astonishing rapidity — because, in some poetic sense, they invented love.
The Universe in Verse was born in 2017 as a charitable celebration of the wonder of reality through stories of science winged with poetry — part resistance (to the assault on science and the natural world in an atmosphere of “alternative facts” and vanishing ecological protections) and part persistence (in sustaining the felicitous expression of nature in human nature, with our capacity for music and mathematics, for art and hope.)
Two hundred million years ago, long before we walked the Earth, it was a world of cold-blooded creatures and dull color — a kind of terrestrial sea of brown and green. There were plants, but their reproduction was a tenuous game of chance — they released their pollen into the wind, into the water, against the staggering improbability that it might reach another member of their species. No algorithm, no swipe — just chance.
[embedded content]

HOW WE MADE IT

Darwin could not comprehend how flowers could emerge so suddenly and take over so completely. He called it an “abominable mystery.” But out of that mystery a new world was born, governed by greater complexity and interdependence and animal desire, with the bloom as its emblem of seduction.
And, suddenly, the flower suddenly emerges not as this pretty object to be admired, but as this ravishing system of aliveness — a kind of silent symphony of interconnected resilience.
No music.
In a lovely way, the art mirrors the music it serves. Joan’s composition is itself a time-traveling masterwork of layering: voice upon keys upon strings, feeling-tone upon feeling-tone, classical heritage beneath thoroughly original sensibility — all of it so consonant with the central poetic image, all of it “so intricately done,” all of it a triumph of that “profound responsibility” we have to the ecosystem of art and ideas abloom in the spacetime between Emily Dickinson and us.
Find the transcript, poem text, and the story of its making below.
Here is Joan As Police Woman with Emily Dickinson and the centuries-old pressed flowers from her actual herbarium.
In 1866, the young German marine biologist Ernst Haeckel — whose exquisite illustrations of single-celled underwater creatures had enchanted Darwin — gave that interdependence a name: He called it ecology, from the Greek oikos, or “house, and logia, or “the study of,” denoting the study of the relationship between organisms in the house of life.
She is a composer, a multi-instrumentalist classically trained as a violinist, and above all a singer and writer of songs with uncommon sensitivity to the most poetic dimensions of life. 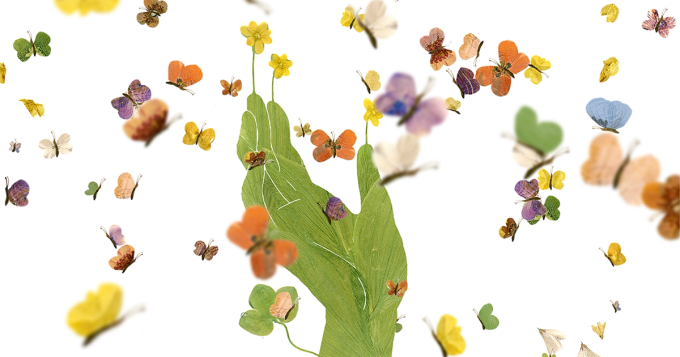