It’s bad enough that SUNY Fredonia’s president, Stephen Kolison, has shown no leadership on this matter. For the faculty to also allow itself to be pushed around by the ignorant mob here would be an extraordinary and shameful betrayal of academic ideals.
In an astounding development in the Kershnar story, the SUNY Fredonia University Senate will be considering a resolution on Monday that “condemns Prof. Kershnar’s statements on sex with children in the strongest possible terms, finding them morally reprehensible and irresponsible.”*
One hopes that these professors will take a moment to actually acquaint themselves with his views or understand the nature of his inquiries before rushing to condemn their colleague. 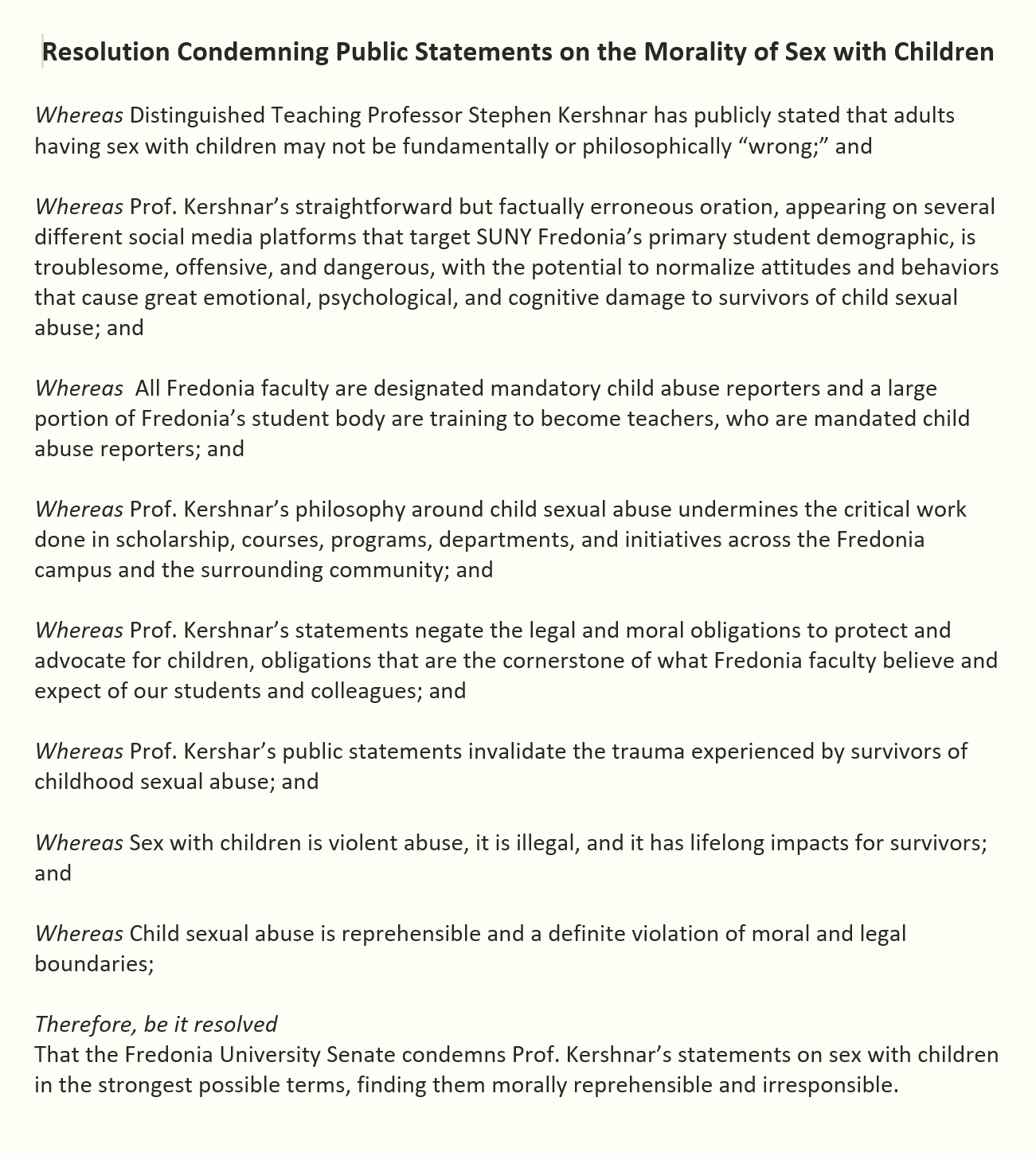 One hopes that Professor Kershnar’s colleagues will not be among those who have fallen for the manipulatively edited video interview footage whose viral spread was initiated by a rightwing social media account known for hit jobs.**
* In the original version of this post, the Fredonia University Senate was mistakenly identified as the Faculty Senate. The University Senate includes not just faculty, but some administrators and students. (I thank a reader for bringing this error to my attention.)
One hopes that as academic researchers, they will refrain from committing themselves to misrepresentations of their colleague’s ideas, wild and unsubstantiated speculations about the effects of Kershnar’s writings and speech, and nonsensical claims about the implications of Kershnar’s work for people’s legal obligations.
That is, one hopes that, come Monday, there will be zero votes in favor of this resolution:
** You can listen to the entire interview here.
One hopes that as professors, they understand and appreciate the importance of academic freedom and how it protects them all.