The second looming problem, the shareholder meeting, finally introduces the first of season 3’s big guest stars. A few new characters have sidled in during the previous episodes, but no-one has really shaken things up. Then episode 4 introduces Josh Aronson, a new character who’s presence  lobs a hand grenade under the boardroom table. We immediately get a sense of his importance: Logan is a man who threatens presidents, but how many people in the entire world could prompt the combative media mogul to scurry over cap in hand?
This is a big moment for the hapless country cousin, and even he recognizes the significance of the meeting. But this is Greg we’re talking about. He’s worried about “Goons, stooges and roughjacks,” and can’t even manage a business-casual drink without looking like a rube (jeez Greg, watch an episode of Mad Men, I beg you). Even Logan shows a moment of exasperated sympathy, relaxing his usual coiled menace just enough to explain to Greg what could be left unsaid by smoother operators.

Kendall and Logan have a sit-down, but they’re soon walking different paths.
Season 3, episode 5, Retired Janitors of Idaho, airs next Sunday, Nov. 14.
Roman remembers Kendall’s bachelor party, when he and his brother’s friends one-upped each other with the craziest stunt they could think of. Next thing you know, a homeless man has “KR” tattooed on his forehead. The Roys have a history of casually wielding their wealth to dehumanize and abuse those poorer than them (remember the million-dollar check at the baseball game in the very first episode). And it’s probably not the worst thing rich people have ever done in real life. The British creator of Succession, Jesse Armstrong, will be well aware of the stories about recent prime ministers and their wealthy student chums allegedly burning cash in front of homeless people.

Played by Oscar-winner Adrien Brody, Aronson looks like a homeless guy (more on that in a moment), aside from the fact he’s standing in the middle of his own private island. “You think I’m a dipshit who got lucky at the casino,” he tells the Roy boys, but, “You work for the shareholders, you work for me… I have a gun at your head.” An influential wedge shareholder, Aronson is one of the only people in the world who can put Kendall and Logan in the same room. And Logan’s apparently heartfelt tribute to Kendall takes everyone by surprise. “He’s a good kid and I love him,” Logan says. “Maybe he’s the best one of all of them.” Brian Cox and Jeremy Strong are so good in the moment of silence that follows.
Even Conor shows some of that Roy family steeliness as he gets nasty. The cracks are showing as everyone realizes they have some leverage. In fact, Logan must be getting desperate: He actually calls Greg.

Tat makes too of us

Taking its title from a kids storybook, Succession season 3 episode 4 is called Lion in the Meadow. Margaret Mahy’s 1969 book told the tale of a little boy quaking at a “big, roaring, yellow, whiskery lion” in the long grass. But sometimes there are scarier things than lions… 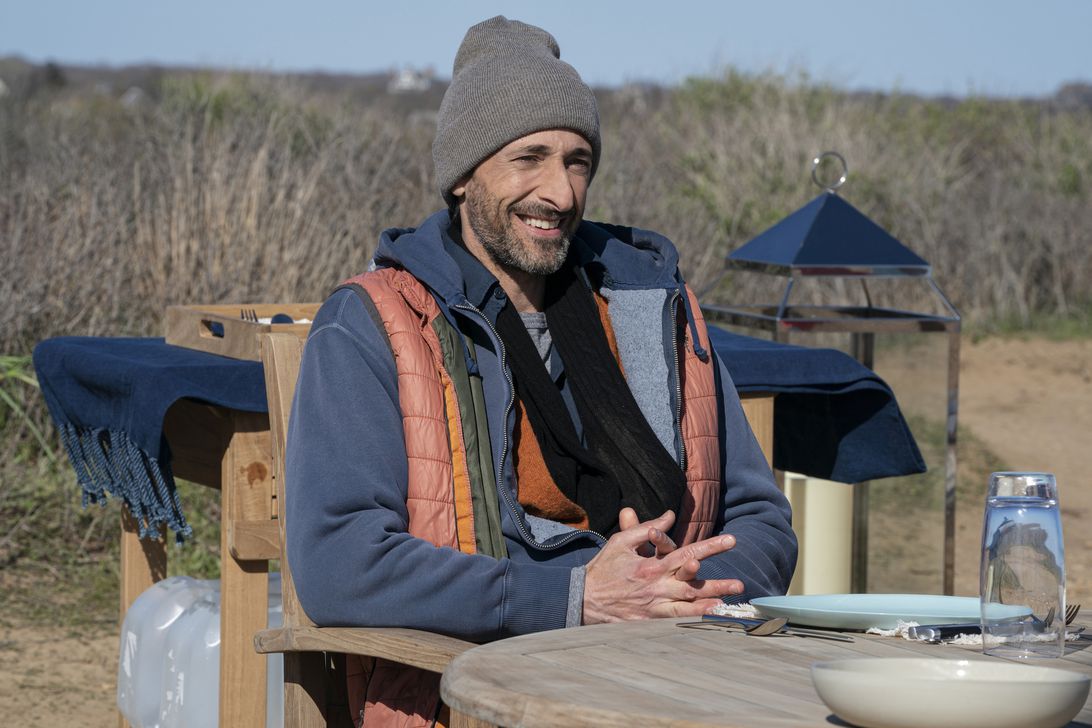