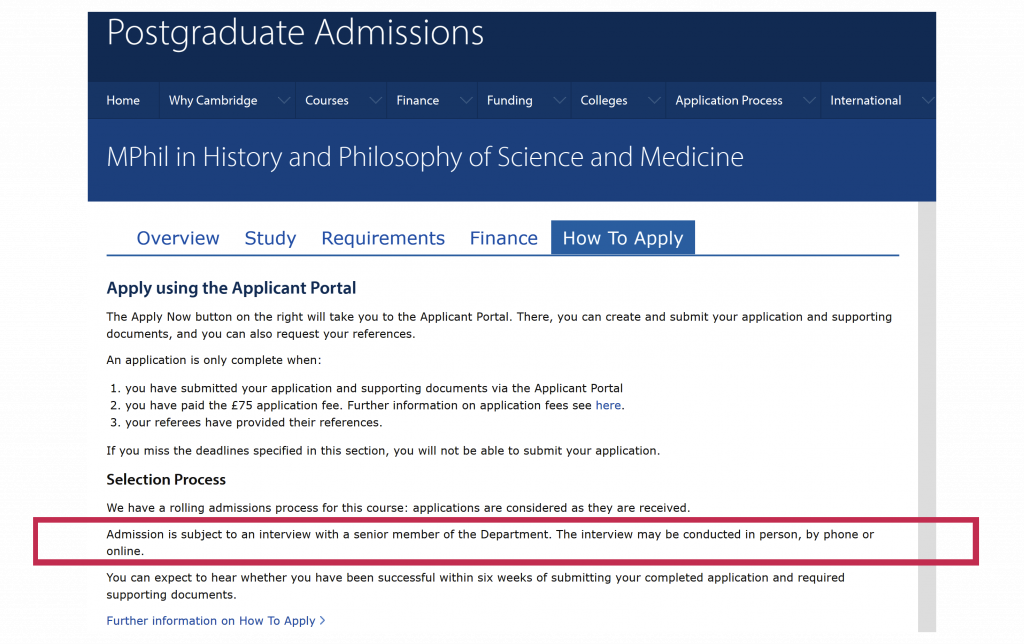 If your philosophy department has been or will be interviewing applicants to its graduate programs, please let us know in the comments.
Recent updates posted at the Grad Cafe by prospective graduate students in philosophy have mentioned the scheduling of admissions interviews at certain departments. Not many departments, it seems, conduct interviews as part of the application practice, but some do. What’s the extent of this practice, and what are its advantages and disadvantages?
(Current applicants: Professor Bridges notes that their program is not yet finished with their admissions process.)

It would be helpful if you could add an explanation for why your department is doing this. What are its advantages? Also, how many applicants do you tend to interview? How much weight do interviews tend to play in admissions decisions? What kinds of questions are asked? And are interviews structured and conducted with consistent questions across applicants?

The philosophy department at Johns Hopkins University, also mentioned in the Grad Cafe posts, relayed that it is conducting interviews. Department chair Steven Gross says, “We are only interviewing in Mind, Language and Logic this year, as a pilot that may be expanded into other areas in future years.” Leonard Lawlor of Penn State confirmed that their department conducts interviews of applicants and has done so since 2008 (currently video interviews, and before that, phone interviews).*
He adds:
Another is the philosophy PhD program at the University of Chicago. Jason Bridges, associate professor of philosophy and current admissions chair, replying to an email, says. “We’ve been experimenting in the last couple of years with interviews of our top candidates, originally prompted by a suggestion made at a division-wide meeting about admissions.” He describes their admissions process:
Is this a practice more programs should adopt? What about observations about the low signal-to-noise ratio of (especially unstructured) interviews (for example) that has people questioning their value in contexts such as hiring? A discussion of these and related matters are welcome.
As of a few years ago, both UCI’s Graduate Division and the School of Social Science (where our Department lives) have strongly encouraged Departments to interview applicants before admitting them into PhD programs. Grad Division actually requires interviews before applicants can be nominated for Campus-wide fellowships, including small “top-off” awards. Since we often nominate many students for those fellowships, over the past few years we have simply interviewed everyone we hope to admit.
* This paragraph has been updated, since it was originally published, with information about the Logic and Philosophy of Science Department at UC Irvine and the Department of Philosophy at Johns Hopkins.
Some philosophers were surprised to learn about applicant interviews for graduate programs in philosophy, and even wondered whether the reports of them were mistaken or confused. But such interviews do take place—at a couple of programs, at least.
As far as I know, we have admitted everyone we decided to interview in the two times we have previously tried interviewing. So this shows both that our evaluation of the writing samples remains the decisive factor in our admissions process and that this experiment with interviewing has served so far to confirm our confidence in the weight that we place on the written work in helping us to identify the best candidates.
One is the MPhil in History and Philosophy of Science and Medicine at the University of Cambridge, as it says on its “How to Apply” page:
Rumors about the interviews included UC Irvine’s Department of Philosophy, but director of graduate studies Duncan Pritchard says they don’t generally do interviews. Irvine’s Logic and Philosophy of Science, however, does interview. James Weatherall, director of graduate studies in that department, writes: 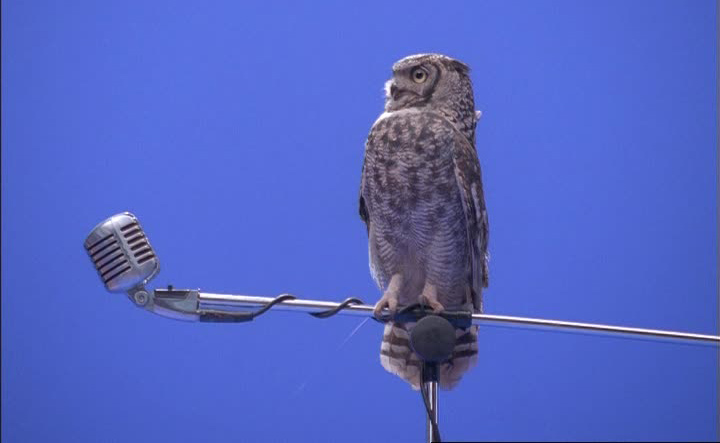