This aspect of trees — “the sense of steadfast continuity a tree can represent” — is what Rebecca Solnit celebrates in a sidewise trail of her lush book Orwell’s Roses. After visiting six majestic eucalyptus trees with a friend — living local legends, with deep roots in global history — she reflects:
She had died more than a hundred years before that day we stood under her eucalyptus trees, which felt as though they were the living witnesses of a past otherwise beyond our reach. They had outlived the wooden mansion in which some of the dramas of her life had played out. They were so broad they had buckled the sidewalk, and they reached up higher than most of the buildings around them. Their peeling gray and tan bark spiraled around their trunks, their sickle-shaped leaves lay scattered on the sidewalk, and the wind murmured in their crowns. The trees made the past seem within reach in a way nothing else could: here were living things that had been planted and tended by a living being who was gone, but the trees that had been alive in her lifetime were in ours and might be after we were gone. They changed the shape of time.
As masters of improvisation and iteration serenading the dream of immortality, they model for us what poet Jane Hirshfield has called the “blind optimism” that makes life possible amid the ceaseless storm of negation — something Solnit captures with her own exquisite poetic precision:

The tomb itself — once considered grand, grandiose even: an extravagance of self-memorialization for which the poet laureate of earthy humility was indicted with self-contradiction — looks sad and small, hardly larger than my grandparents’ outhouse in the rural Bulgaria of my childhood, its onetime granite grandeur dwarfed by America’s ever-inflating size standards in the epochs since Whitman’s death. But the trees still rise, mighty yet modest, their splendor undiminished by time, as majestic now as they would have been had chance dropped their seeds on this selfsame patch of Pangea two hundred million years ago.

They tell us something, as Dylan Thomas knew, about the wonder of being human.

Two hundred and two years after Walt Whitman’s birth, I traveled to the granite emblem of his life and death. Standing sentinel across from the tomb’s entrance are two towering trees — something the poet, who likened his most beloved friend to a tree, would have appreciated. Saplings when the tomb was built, their granite-colored bark is now scarred with the names of generations of passing teenagers — human saplings already aware of their transience, already afflicted with that touching and terrible impulse to memorialize ourselves by any means.

In consonance with the central poetic image in Ursula K. Le Guin’s love-poem to trees, Solnit considers the saeculum of these particular trees, planted in San Francisco by Mary Ellen Pleasant — an Underground Railroad heroine and pioneering civil rights activist, born into slavery in the early years of the 19th century:

Complement with Katherine May on how the science of trees illuminates the psychology of self-renewal and Robert Macfarlane on what trees teach us about the secret of lasting love, then revisit Italian artist and futurist Bruno Munari’s vintage existentialist tree-drawing exercise and these delightful, subversive vintage photographs of German women in trees.

Paradoxically, this portal trees open up into time beyond the reach of our individual lifetimes is precisely what also makes them portals to aliveness, grounding us all the more fully in our chance-granted temporality. With an eye to this bidirectional illumination, Solnit adds: 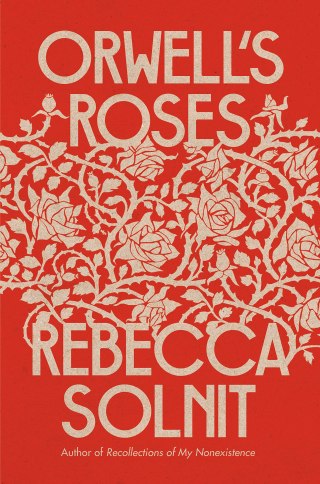 We have always, of course, looked to trees to mirror us back to ourselves; to become, as Hermann Hesse believed and asked of them, our greatest teachers.
The trees were reminders of both our own ephemerality and their endurance long beyond ours, and in their uprightness they stood in the landscape like guardians and witnesses.

There’s an Etruscan word, saeculum, that describes the span of time lived by the oldest person present, sometimes calculated to be about a hundred years. In a looser sense, the word means the expanse of time during which something is in living memory. Every event has its saeculum, and then its sunset when the last person who fought in the Spanish Civil War or the last person who saw the last passenger pigeon is gone. To us, trees seemed to offer another kind of saeculum, a longer time scale and deeper continuity, giving shelter from our ephemerality the way that a tree might offer literal shelter under its boughs.

Trees are an invitation to think about time and to travel in it the way they do, by standing still and reaching out and down.