[Recordings of banned music pressed onto discarded x-rays from 1950s USSR (via Colossal)]
Also in that part of Doris’s answer to that question is a reference to “philosophy with a bit more muscle and bone”: 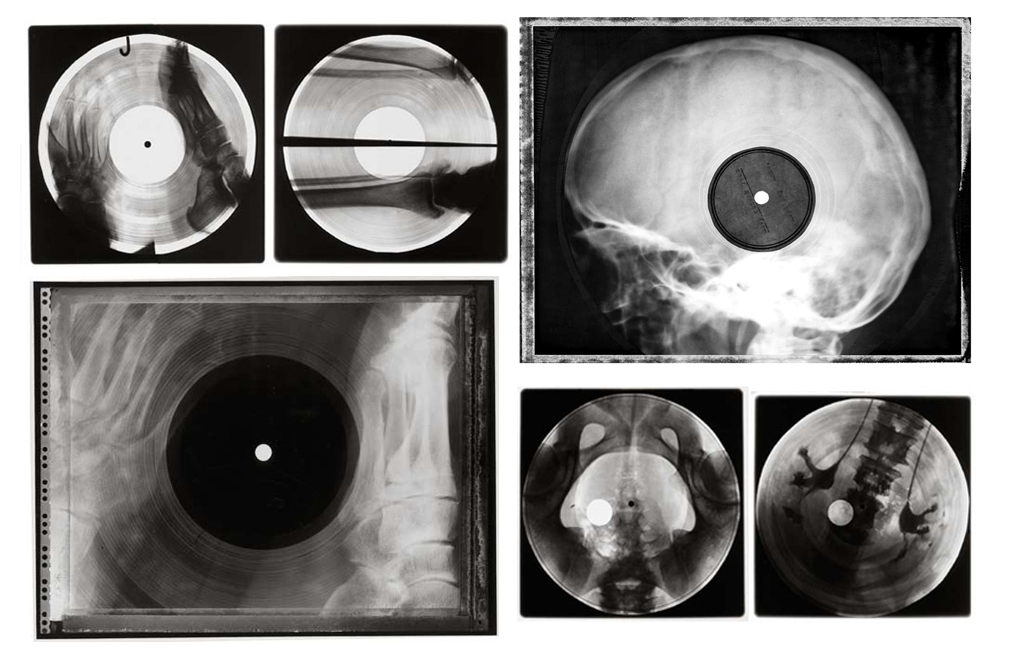 My experience in the martial arts probably affects how I live more than my academic work in philosophy. The philosophy of the great martial sages tends to be a very practical philosophy. And the practice of martial arts, at least for the dedicated practitioners of traditional disciplines, is a whole life practice in something like MacIntyre’s sense, and I’ve tried hard to practice it…

While the idea of philosophy combatting ignorance—especially ignorance of one’s own ignorance—is commonly acknowledged, philosophy’s role in encouraging imagination seems less appreciated and less discussed. This is too bad, since part of philosophy’s charge can be construed as an exploration of what’s possible (logically, metaphysically, epistemically, etc.)—and what is not. Philosophy directs us, and gives us certain skills by which, to imagine what others might be less likely to. I’m sure I’m not alone in often struck by the imaginativeness of others’ philosophical argumentation.
I want to know more about what philosophy with more “muscle and bone” is, what forms it might take, and what it might do.
We might ask why contemporary philosophy is relatively “disembodied,” as Doris puts it—or if that characterization is apt, as I can see some philosophers of mind, bioethicists, feminist philosophers, and philosophers of sport, among others, taking issue with it. Perhaps the disembodiment is an effect of philosophy’s concern to distinguish itself from the sciences, and maintain an idea of what is distinctly philosophical (think of when we might hear the question, “How is this philosophy?”).
(Perhaps it’s a mistake to diagnose all of philosophy’s issues in terms of its relationship to the sciences.)
Imagination isn’t talked up by many philosophers, or often explicitly taught as a philosophical tool. Why not? I wonder if the tendency of analytic philosophers to see their subject matter as akin to the sciences (and perhaps insecurity about this) leads us to downplay its more creative aspects. (That would be an unfortunate result based on a misleading caricature of science, to which there’d be no shortage of scientists objecting.)
That’s John Doris, professor of philosophy at Cornell University, in a recent interview at What Is It Like To Be A Philosopher? with Clifford Sosis (Coastal Carolina). It’s a part of his response to Sosis’s question, “How does your philosophical work influence the way you live? How do your non-academic experiences inspire your philosophical work?”
The distance of much current academic philosophy from thick of life seems to me a very great change from how many canonical figures, notably the Greeks, thought about their enterprise. Of particular interest to me is when and how the body dropped out of philosophy: not as much about gymnastics in Quine as in Plato! There are exceptions, like Barbara Montero, but I’m continually struck by the extent to which contemporary philosophy is disembodied (and maybe has been from modernity forward). I wonder if this is one of the reasons philosophy tends not to speak to the public very well; a good workout may be more transformative than a subtle argument. I’d wish for a philosophy with a bit more muscle and bone, which might (on another unscholarly hunch) make for a philosophy with more compelling contributions to necessities like ameliorating the ever-deepening environmental catastrophe.

In any event, read the whole interview. It touches on a wide range of things, including how department attitudes towards philosophy vary, advice for graduate students, trends in philosophy, and even philosophy blogs—and you’ll learn about a very nteresting philosopher whose work includes imaginative explorations of our embodied personhood.
“My conception of my work doesn’t entail that I think philosophy, in the aggregate, is without practical significance. Quite the opposite. Any institution that encourages imagination and dissolves ignorance is of the first practical importance, and academic philosophy can certainly play a role in that, though one of course wishes the enterprise were less cloistered and classist than it is.”