You can learn more about Wesleyan’s Center for Prison Education here. 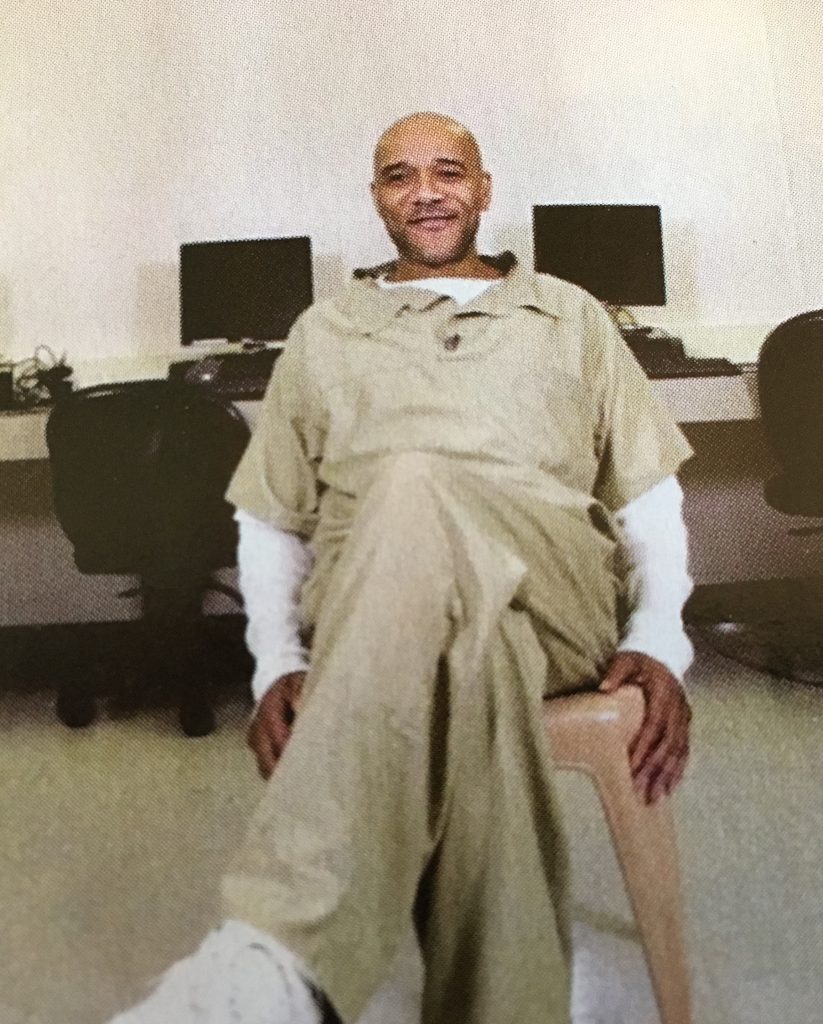 In 2009, a group of Wesleyan undergraduates, with supportive faculty, created the Center for Prison Education (CPE) and began a pilot offering Wesleyan courses for credit in Cheshire Correctional Institution, a maximum security men’s prison. We admitted 18 students and offered 2 courses a semester. After the two-year pilot, we expanded the number of students by admitting new cohorts every other year and started offering more courses. In 2013 we began offering courses at York Correctional Institution, Connecticut’s women’s prison. In 2016, we partnered with Middlesex Community College to allow students to pursue Associate’s Degrees. And in 2019, Wesleyan Faculty and then the Board of Trustees approved a non-residential Bachelor’s of Liberal Studies.
Michael, Clyde, and Dre are completing the social justice track. I was able to offer two advanced seminars, one on the “Social Contract” in which students read Rawls’ Theory of Justice and Mills’ The Racial Contract, among other readings. The second seminar was a philosophy “proseminar” in which students were exposed to a variety of different areas of philosophy. I arranged to have five philosophers come into the prison over the course of the semester: Lewis Gordon (Connecticut) taught about existentialism, Sally Haslanger (MIT) taught about metaphysics, Lisa Guenther (Queens) taught about phenomenology, Jason Stanley (Yale) taught about philosophy of language, and Diana Tietjens Meyers (Connecticut) taught about aesthetics.  Since 2010, I have taught an additional five courses on topics in social and political philosophy and ethics. My Wesleyan colleague Tushar Irani has offered two courses in ancient philosophy.
The work to make this happen started 12 years ago, and involved several institutions, according to Lori Gruen, professor of philosophy at Wesleyan University. She writes:
Professor Gruen, who is one of the faculty involved with the CPE, notes that at Wesleyan, philosophy majors can choose a general philosophy track or a social justice track. Both tracks require ten courses, two of which must be advanced seminars, and two of which in the social justice track must be from outside of philosophy, but relevant to the student’s social justice focus. She says: 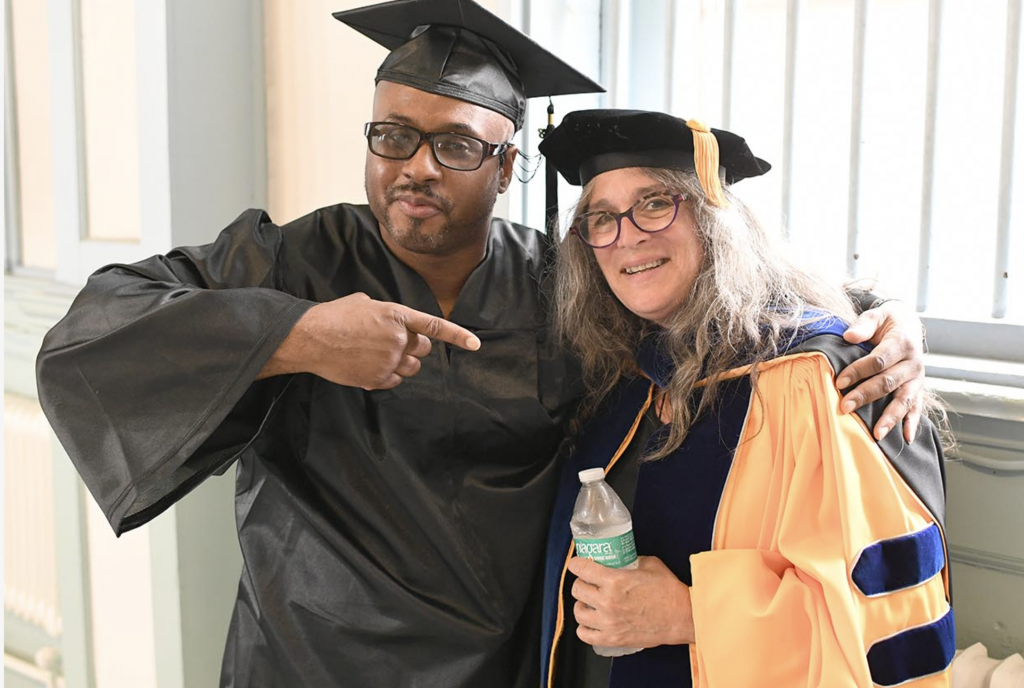 This month, the first group of seven incarcerated men will be graduating from a recently created program at Wesleyan University with their Bachelor’s degrees. Three of them—Michael Braham, Clyde Meikle, and Andre Pierce—will be graduating as philosophy majors.
I could not be prouder of the philosophy students, and there are hopefully going to be more philosophy majors in the years to come. They have worked really hard and bring remarkable insights to philosophical texts and their own philosophical writing. I know I have become a better philosophy teacher as a result of my experiences in the classroom with them, and all of the incarcerated students I have worked with.
Andre Pierce and Lori Gruen

She adds:
In an email, Professor Gruen expressed curiosity about whether there have previously been many (or any) incarcerated students in the U.S. who have earned Bachelor’s degrees in philosophy. Readers?