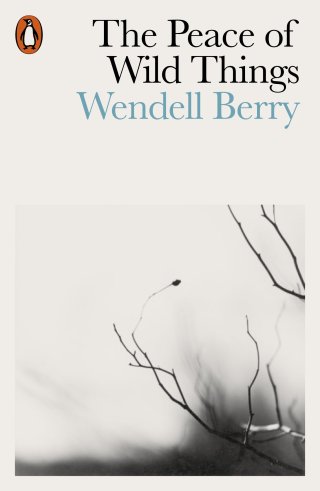 [embedded content]
Berry — a rare seer into those subterranean landscapes of being where nature meets human nature and a rare voice of our collective ecological conscience — reads the poem in this breathtaking short film, produced by On Being and illustrated by English artist Charlotte Ager.

Complement with Wendell Berry on delight as a force of resistance, how to be a poet and a complete human being, his conscience-clarifying poem “Questionnaire,” and Krista’s soul-salving OnBeing conversation with him, then revisit two kindred-spirited animated poems: Marie Howe’s “Singularity” and Linda France’s “Murmuration.”
Two hundred years ago, in a prophetic book envisioning a twenty-first-century world savaged by a deadly pandemic, Mary Shelley considered what makes life worth living, insisting that in the midst of widespread death and despair, we must seek peace in the “murmur of streams, and the gracious waving of trees, the beauteous vesture of earth, and sublime pageantry of the skies.” A century later, Willa Cather — another immensely talented, immensely underappreciated novelist and poet laureate of the human spirit — contemplated the deepest wellspring of happiness and located it in those moments when, immersed in nature, we find ourselves “dissolved into something complete and great” — a line now emblazoned on Cather’s tombstone by her partner.

When despair for the world grows in me
and I wake in the night at the least sound
in fear of what my life and my children’s lives may be,
I go and lie down where the wood drake
rests in his beauty on the water, and the great heron feeds.
I come into the peace of wild things
who do not tax their lives with forethought
of grief. I come into the presence of still water.
And I feel above me the day-blind stars
waiting with their light. For a time
I rest in the grace of the world, and am free.
At the last Universe in Verse — my charitable celebration of science and the natural world through poetry — On Being creator and host Krista Tippett read Berry’s poem with a lovely prefatory meditation on how poetry gives us the language to remember our creaturely nature, which in turn reroots us in the larger web of belonging as “creatures among creatures”:

[embedded content]
In another half-century, Wendell Berry (b. August 5, 1934) — one of the great poets and wisest elders of our time — arrived at this elemental truth, a truth we so easily lose sight of in those times of despair when we most need it, articulating it with his uncommon tenderness and clarity of vision in the title poem of his 1968 collection The Peace of Wild Things (public library), composed under a thick cultural cloudscape of despair — at the peak of the Cold War and the Vietnam War, after the successive assassinations of John F. Kennedy and Dr. King, in the wake of Silent Spring and its disquieting wakeup call for our broken relationship with nature.
THE PEACE OF WILD THINGS
by Wendell Berry