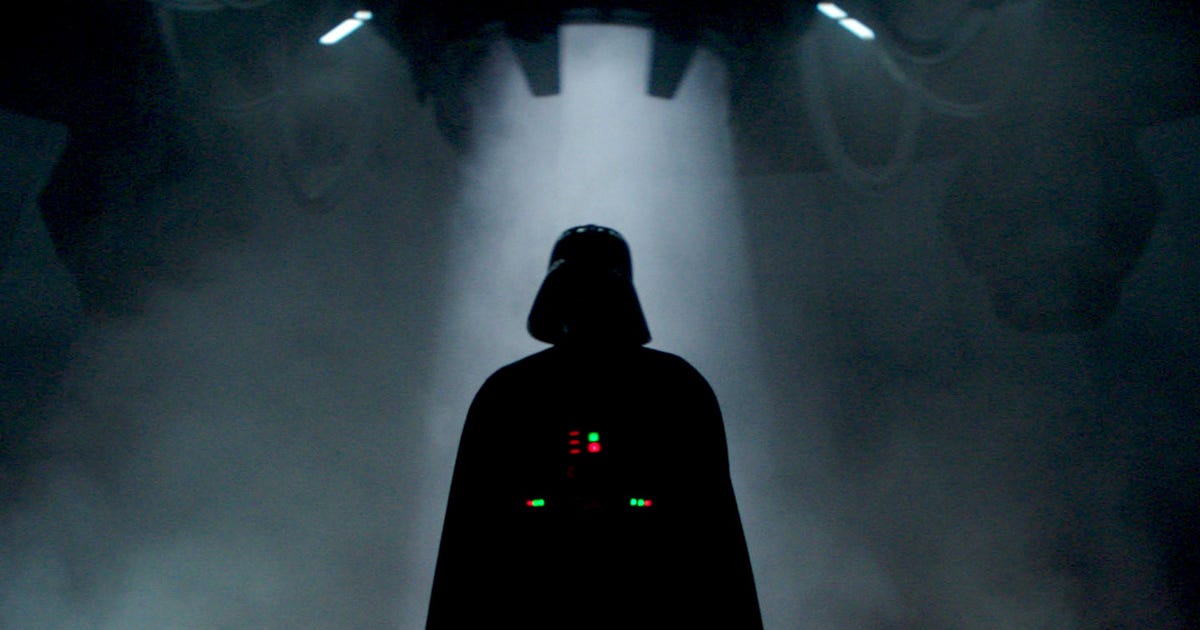 For me, the presence of the Emperor highlighted a missed storytelling opportunity. Liam Neeson’s appearance as Qui-Gon Jinn carried some emotional weight because it symbolized Obi-Wan’s reconnection to the Force. But Vader hadn’t changed, so the Emperor’s cameo is pointless.
The problem, sadly, is that the show doesn’t stick the landing.
The (apparent) death of the Grand Inquisitor was a clever twist early on, telling fans not to get too comfortable thinking you know how things are going to go. The other smart choice the creators made was to introduce new characters, and make the story about them. Sure, we know where Obi-Wan and Luke and Leia are headed. But what about Reva? Brought to life by Moses Ingram, the ruthless inquisitor was a compelling and tragic character. And with no ties to previously established continuity, there’s space for her to live and maybe die, but most importantly to live and breathe and take us on a journey.
If only it had nailed the landing.
Darth Vader, meanwhile, hasn’t changed. At the start he was a ruthless tyrant, and at the end he’s a ruthless tyrant. After working so hard to break out of the limitations of its placement in Star Wars chronology, the show suddenly had to reassert wider continuity. In these final scenes, the bars of the show’s continuity cage slam closed again. The toys are back in their right place, even if that neat resolution undermines the actual arc of the series we’ve grown so invested in.
Because that’s the real power of storytelling. It’s not about the destination — who lives, who dies. It’s the journey — what do they learn? How do they change? We know Obi-Wan doesn’t die, but we can watch him live. We can join this beloved and iconic character on an emotional roller coaster (in terrible disguises). That’s my favourite thing about the show, that Ben is a broken and beaten man, a shadow of his former self. The Ben Kenobi we meet in A New Hope is not the same man we saw in the prequels, and seeing why is the value of this series.

Only a master of evil, Darth

The Obi-Wan Kenobi TV show’s biggest problem was its own existence, but it handled that problem brilliantly — right up until the ending. I had a blast seeing grizzled Ewan McGregor take on terrifying Darth Vader in a pacy, action-packed Star Wars series, but in the episode 6 finale the whole thing just fizzled out.
But what if the Emperor had been a presence in the show from the start? What if Vader and Palpatine had been in some kind of conflict, something that suggested there was still some hope for Vader? In facing Obi-Wan again, we could have seen Vader sink to his lowest point and become truly subservient to the Emperor’s evil. Palpatine is a master schemer — what if the whole thing had been a plot to break Vader to his will once and for all? Or some kind of political plot to get at Leia’s family, the rulers of Alderaan? Vader needed some kind of storyline. I recently argued that many TV series these days are stretched too thin, but Obi-Wan Kenobi is a rare instance of a show which could have done with a wider canvas — I can’t believe I’m saying this in a age when most TV is too damn long, but maybe Obi-Wan Kenobi needed more episodes. I certainly would have happily spent time with Ewan McGregor, with horror movie monster Darth Vader, with Reva and with Leia (who was also unfairly ignored in the finale, but that’s another story).
Obi-Wan had been on an emotional journey. I don’t know why it was a happy ending — the galaxy is in the hands of a tyrannical regime! Things are worse than ever! But at least he had been through something, and was now a different person to who he was in the beginning. Growth and change are often considered the essential character arcs that writers and storytellers must include in their stories to make characters compelling. Granted, how you define change is open to debate, but what’s clear is that growth and change is important in storytelling because growth is arguably the essential human condition. That big issue with Obi-Wan Kenobi (the show) was obvious before it began: the end of the prequels fit neatly into the start of A New Hope, so a series set between films has to weave into already pretty tightly-laced continuity. We knew Luke, Leia, Darth Vader and Obi-Wan all survive. Like so many prequels, this Disney Plus series existed to fill a continuity error that only existed because the series created it.
Episode 6 featured a cool lightsaber battle between newly revitalized obi-Wan and Darth Vader as primal force of evil (I think it was cool, I couldn’t see a thing). But when the Emperor showed up, I realised I wasn’t enjoying the finale. As the Imperial March swelled and the camera pulled back from Darth Vader’s imposing throne, all I could think was… so what?
Obi-Wan Kenobi, the show, came so close to justifying its own existence. I definitely enjoyed it — and as my colleague Mark Serrels points out, it pulled off the rare feat of actually pleasing most Star Wars fans.
And yet the show blasted off from the start with some smart choices that got me on board despite knowing how it turns out, and more importantly, making me wonder if I actually did know how it would turn out.