In his third lecture, titled “Youth and Social Action,” Dr. King presents a taxonomy of the three types of people into which the era’s youth had been “splintered” — his own superb word-choice — by the era’s social forces.
It is fair to say, though, that at present they know what they don’t want rather than what they do want.
They are struggling to disengage from society as their expression of their rejection of it. They disavow responsibility to organized society. Unlike the radicals, they are not seeking change, but flight. When occasionally they merge with a peace demonstration, it is not to better the political world, but to give expression to their own world. The hard-core hippy is a remarkable contradiction. He uses drugs to turn inward, away from reality, to find peace and security. Yet he advocates love as the highest human value — love, which can exist only in communication between people, and not in the total isolation of the individual.
In consonance with the animating spirit of this here labor of love, he insists upon the importance of mining the collective record of experience we call history “for positive ingredients which have been there, but in relative obscurity.” Echoing Whitman’s gentle long-ago exhortation that “the past, the future, majesty, love — if they are vacant of you, you are vacant of them,” Dr. King adds:

This claim of novelty is somewhat ahistorical, or perhaps too narrowly American, for Dr. King’s perceptive description of that generation’s spirit is an equally apt description of the spirit of the generation that fueled the French Revolution two centuries earlier, an ocean apart. He sketches the radicals of the 1960s:
In this largest group, social attitudes are not congealed or determined; they are fluid and searching.
The hippies are not only colorful but complex; and in many respects their extreme conduct illuminates the negative effect of society’s evils on sensitive young people. While there are variations, those who identify with this group have a common philosophy.

The largest group of young people is struggling to adapt itself to the prevailing values of society. Without much enthusiasm, they accept the system of government, the economic relations, the property system, and the social stratifications both engender. But even so, they are a profoundly troubled group, and are harsh critics of the status quo.

With the caveat that the three principal groups sometimes overlap, Dr. King describes the first:

Identifying the third group as the era’s “hippies” — a group the contemporary equivalent of which is especially interesting to identify and locate in our present generational landscape — he writes:

The radicals… range from moderate to extreme in the degree to which they want to alter the social system. All of them agree that only by structural change can current evils be eliminated, because the roots are in the system rather than in men or in faulty operation. These are a new breed of radicals.

Very few adhere to any established ideology; some borrow from old doctrines of revolution; but practically all of them suspend judgment on what the form of a new society must be. They are in serious revolt against old values and have not yet concretely formulated the new ones. They are not repeating previous revolutionary doctrines; most of them have not even read the revolutionary classics. Ironically, their rebelliousness comes from having been frustrated in seeking change within the framework of the existing society. They tried to build racial equality, and met tenacious and vivacious opposition. They worked to end the Vietnam War, and experienced futility. So they seek a fresh start with new rules in a new order.

The most interesting challenge of applying Dr. King’s taxonomy to our own time is that of seeing beyond the surface expressions that shimmer with the illusion of contrast, peering into the deeper similitudes between the attitudes of the past and those of the present. Escapism doesn’t always look like escapism — escapism can masquerade as pseudo-engagement. A generation’s drug of choice might be a psychoactive molecule, or it might be an intoxicating self-righteousness masquerading as wakefulness to difference. Technology might give the illusion of participatory action in democracy while effecting alienation at the deepest stratum of the soul — something especially true of the vast majority of pseudo-political uses of our so-called social media. Dr. King writes:

A decade earlier, in his 1967 Massey Lectures, Dr. Martin Luther King, Jr. (January 15, 1929–April 4, 1968) examined the forces that dispirit the young into cynicism — that most puerile form of impatience — by mapping the three primary regions of reaction and resistance in the landscape of social change.

Launched in 1961 by the Canadian Broadcasting Corporation and named after Vincent Massey — the first Canadian-born person to serve as governor general of Canada, who had spearheaded a royal commission for Canadian arts, letters, and sciences, producing the landmark Massey Report that led to the establishment of the National Library of Canada — the annual Massey Lectures invited a prominent scholar to deliver five half-hour talks along the vector of their passion and purpose, which were then broadcast on public radio each Thursday evening. Eventually, the CBC began publishing the lectures in book form. But some of the earliest ones, including the five Dr. King delivered in the final months of his life, remained unprinted for decades, until they were finally released in 2007 as The Lost Massey Lectures: Recovered Classics from Five Great Thinkers (public library).

Complement with Seamus Heaney’s vivifying advice to the young, Kierkegaard on nonconformity and the power of the minority, and Richard Powers’s antidote to cynicisms, then revisit Dr. King on the six pillars of resistance to the status quo.

More than half a century hence, it is a useful exercise, temporally sobering and culturally calibrating, to consider what the equivalents of these archetypes might be in our present time, in our present language. Our language might have changed dramatically — Dr. King was writing in the epoch before the invention of women, when “man” denoted all of humanity; an epoch when the acronym BIPOC would have drawn a blank stare at best and “Negro” was his term of choice — but we are still living with the underlying complexities which language always seeks to clarify and contain. The social forces splintering the present generation of youth have changed, and they have not changed — an eternal echo of Zadie Smith’s observation that “progress is never permanent, will always be threatened, must be redoubled, restated and reimagined if it is to survive.”

Against the exaltation of technology, there has always been a force struggling to respect higher values. None of the current evils rose without resistance, nor have they persisted without opposition.
It is easy to picture the young of our own time, roiling with the same restless ambivalence, the same resentful submission to the system, perched on their standing desks across the glassy campuses of Google and Facebook, drinking corporate kombucha on tap while composing impassioned tweets against police brutality, homophobia, and climate change, tender with the terror of being a person in the world, a budding person in a world that feels too immense and immovable. Dr. King captures this ambivalence with his characteristic compassionate curiosity:

In an especially insightful comment that applies to so many fleeting but vital and vitalizing movements across the sweep of history, he adds:

He contrasts the first group with the second — those in outright and outspoken rejection of the status quo:

“There is nothing quite so tragic as a young cynic,” Maya Angelou observed in her finest interview, “because it means the person has gone from knowing nothing to believing nothing.”

Another distortion of the technological revolution is that instead of strengthening democracy… it has helped to eviscerate it. Gargantuan industry and government, woven into an intricate computerized mechanism, leaves the person outside… When an individual is no longer a true participant, when he no longer feels a sense of responsibility to his society, the content of democracy is emptied. When culture is degraded and vulgarity enthroned, when the social system does not build security but induces peril, inexorably the individual is impelled to pull away from a soulless society. This process produces alienation — perhaps the most pervasive and insidious development in contemporary society… Alienation should be foreign to the young. Growth requires connection and trust. Alienation is a form of living death. It is the acid of despair that dissolves society.

The importance of the hippies is not in their unconventional behavior, but in the fact that some hundreds of thousands of young people, in turning to a flight form reality, are expressing a profoundly discrediting judgment on the society they emerge from. 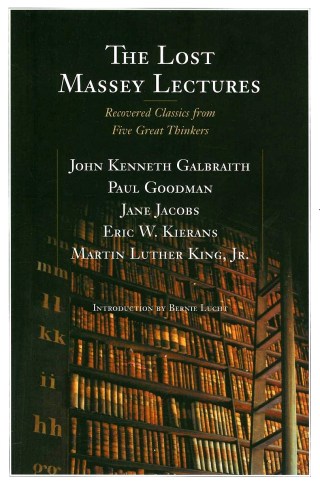 It seems to me that hippies will not last long as a mass group. They cannot survive because there is no solution in escape. Some of them may persist by solidifying into a secular religious sect: their movement already has many such characteristics. We might see some of them establish utopian colonies, like the 17th and 18th century communities established by sects that profoundly opposed the existing order and its values. Those communities did not survive. But they were important to their contemporaries because their dream of social justice and human value continues as a dream of mankind.

He proffers a prediction substantiated by history, contouring the possible future of some of our own social movements when they have become another era’s past:

Nothing in our glittering technology can raise man to new heights, because material grown has been made an end in itself, and, in the absence of moral purpose, man himself becomes smaller as the works of man become bigger.

In a sentiment that fully captures today’s social media — that ever-protruding, ever-teetering platform for standing against rather than for things, a place increasingly unsatisfying and increasingly evocative of Bertrand Russell’s century-old observation that “construction and destruction alike satisfy the will to power, but construction is more difficult as a rule, and therefore gives more satisfaction to the person who can achieve it” — Dr. King adds of these so-called radicals: