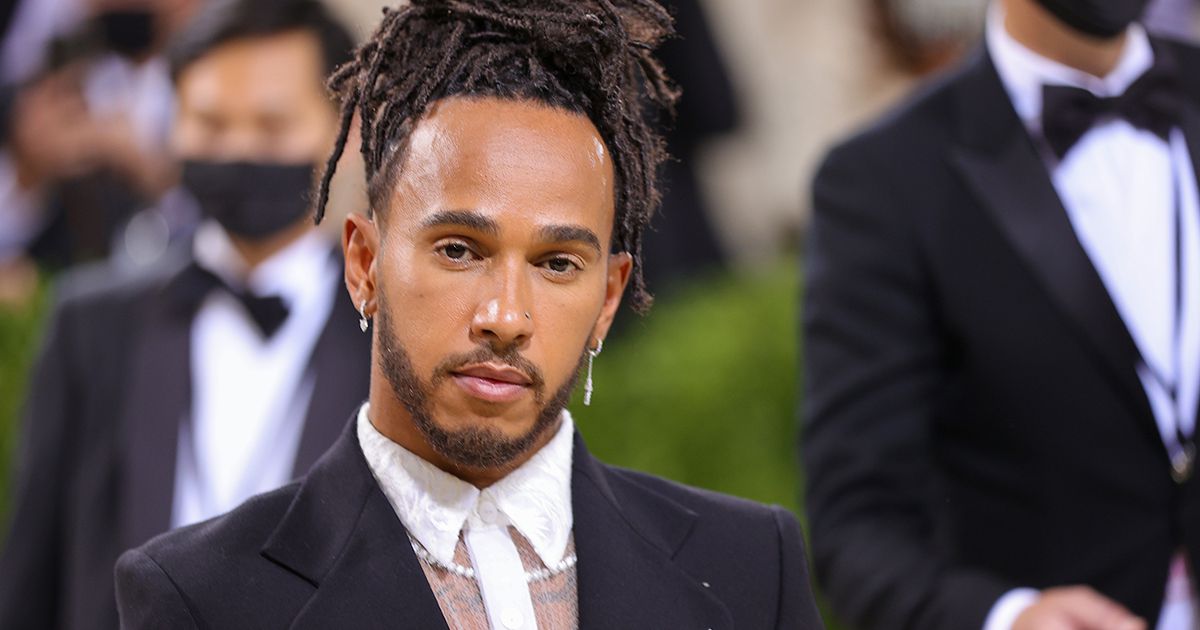 If you needed any more proof that Lewis Hamilton is an incredible force in the racing world and beyond, not even two days after a near-death Formula 1 crash in Italy he stepped onto the Met Gala red carpet in New York on Monday to promote emerging Black fashion designers.
Accompanying Hamilton was American designer Kenneth Nicholson, who created a custom suit complete with a lace calf-length shirt. In an Instagram post, Hamilton said Nicholson’s “craftsmanship and point of view advances menswear in truly inspiring ways.” Along with Nicholson and superstar stylist Law Roach, other attendees with Hamilton were designer Theophilio, stylist Jason Rembert, model Alton Mason, singer Kehlani and athletes Miles Chamley-Watson and Sha’Carri Richardson.

Hamilton is no stranger to the Met Gala, or the world of fashion in general — this was his sixth appearance at the Met since 2015. He’s collaborated with Tommy Hilfiger many times, is a frequent guest at fashion week runway shows and is rumored to be one of the investors that bought W magazine. Not to mention all the streetwear looks he serves in the F1 paddock on a weekly basis.
Lewis Hamilton’s influence extends far beyond F1.

Climb in the driver’s seat for the latest car news and reviews, delivered to your inbox twice weekly.
We’re just waiting on that debut album now, Lewis.

After the Gala’s red carpet livestream ended, Vogue played a video with Hamilton talking more about his table and his work in the fashion world. “We’re living in a time where diversity and inclusion is so important, and that’s something I’m fighting for in my industry,” he said. Earlier this year Hamilton started the Mission 44 foundation to “champion and empower young people from underrepresented groups” in the UK, and he also launched his own Hamilton Commission as well as the Ignite joint program with Mercedes to increase diversity in F1 specifically.
The theme of this year’s Met Gala was “In America: A Lexicon of Fashion,” centered around American style and independence. Tables at the Met run upwards of ,000, and typically major designers or fashion houses will buy them and invite the celebrities they’re dressing for the night, making it difficult for up-and-coming designers and stars to make an impact at the event, which is referred to as “fashion’s biggest night.” That makes what Hamilton did especially impactful: The seven-time world champion bought his own table and invited four young Black designers as his guests.

Red carpet host Keke Palmer asked Hamilton how his outfit tied into this year’s theme, and he said that he felt “really, really fortunate” that Vogue editor-in-chief Anna Wintour agreed to host his table. “I’ve brought four incredible, young, Black talented designers,” he said, “so we’ve got a great host of people tonight, and it’s about just highlighting beauty and excellence and talent.” 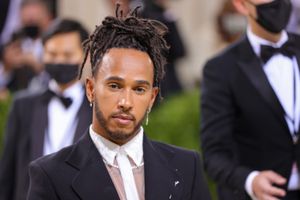