Immanuel Kant is in the news today following the discovery that he basically invented critical race theory.
Critical race theory is a subset of critical theory, which has got long roots in Western philosophy back to Immanuel Kant in the 1790s. Kant lived at the end of a century known as the Enlightenment, the Age of Reason, but he feared that experience had shown that reason was inadequate to give shape to our lives. There had to be a way of knowing things that went beyond reason, and for him that meant developing a theory of being critical of reason, hence critical theory. The problem was that critical theory got away…
Kant scholars, upon reading Guelzo’s commentary, all died.
For further information, see this.
The full passage is reproduced below: 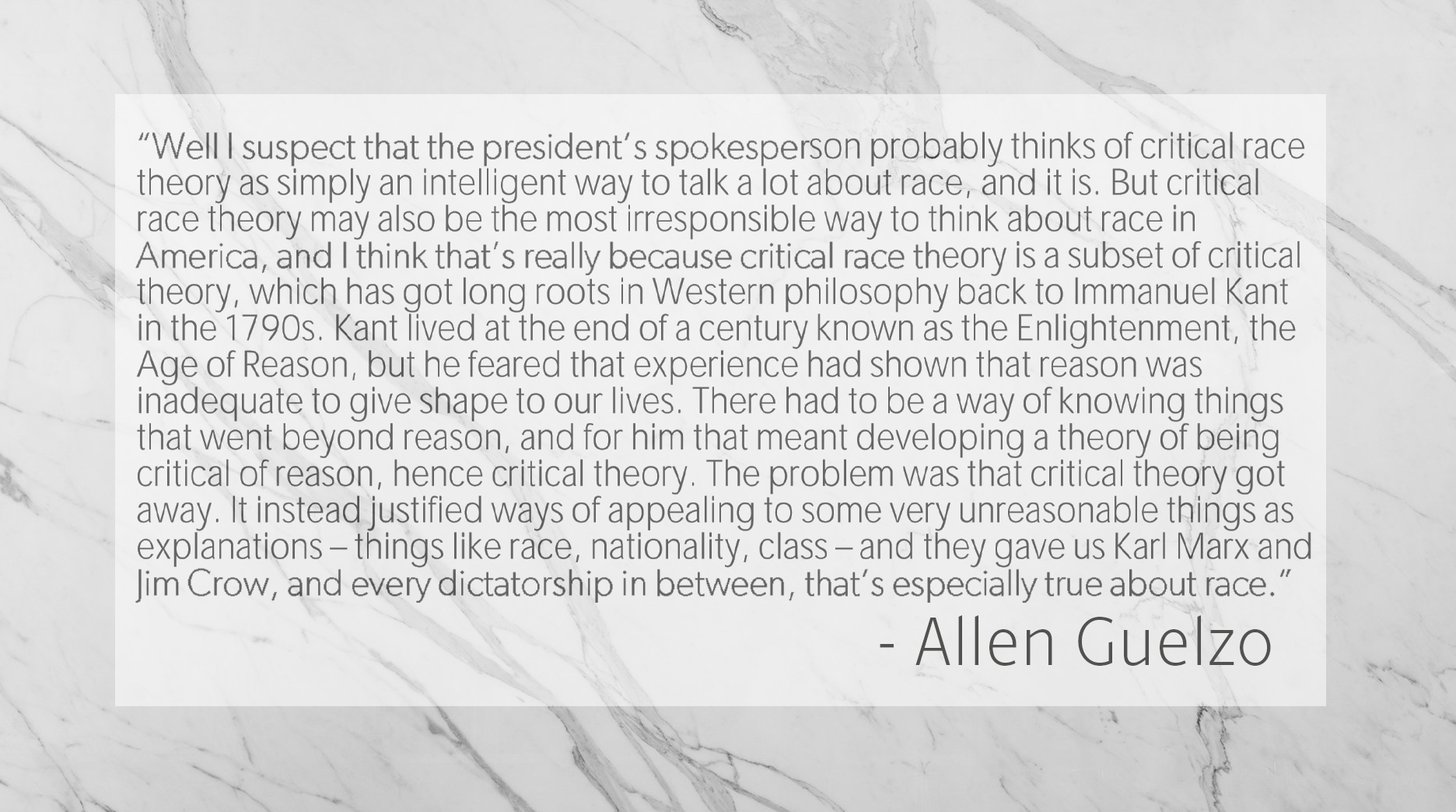 The news was reported in The Washington Post by columnist Marc A. Thiessen:
Thiessen gave credit for the discovery to an administrator at Princeton University’s James Madison Program in American Ideals and Institutions, historian Allen Guelzo, linking to a transcript of a discussion published by the American Enterprise Institute, in which Guelzo says:
Critical race theory… is a subset of critical theory that began with Immanuel Kant in the 1790s. It was a response to — and rejection of — the principles of the Enlightenment and the Age of Reason on which the American republic was founded.