Related: Why tech made racial injustice worse, and how to fix it
The botched Facebook prompt is also another example of problems around AI and race. Facial recognition systems, including those used by law enforcement, are known to have trouble accurately identifying people of color, putting them at risk of being wrongly accused of crimes.

Now playing: Watch this: From Jim Crow to ‘Jim Code’: How tech exacerbated racial…
More broadly, the error underlines concern about whether bias is coded into the technologies that play key roles in our lives, such as algorithms used to screen applicants for home loans.
The video, posted last June by UK tabloid The Daily Mail, showed Black men in disputes with white police officers and civilians, The New York Times reported late Friday. Facebook apologized for the prompt and said it’s disabled the AI-powered feature and is investigating to ensure the problem doesn’t reoccur.
In July of last year, Facebook had said it was creating teams to examine potential racial bias in algorithms and products used by the social network and by Facebook-owned Instagram.
Catch up on the biggest news stories in minutes. Delivered on weekdays.
The news comes as Facebook and other social media companies continue struggling to address concerns that they’re not adequately tackling racism on their sites. Earlier this year, Facebook, Twitter and others were criticised for failing to stop anti-Asian hate on their platforms amid the coronavirus pandemic. Sites were also censured in July for not shutting down racist abuse after England’s loss in the Euro Cup final.
“As we have said, while we have made improvements to our A.I., we know it’s not perfect, and we have more progress to make. We apologize to anyone who may have seen these offensive recommendations,” Facebook said in a statement sent to media organizations.

Other tech giants have grappled with gaffes by their automated systems. In 2015, Google apologized when an algorithm in its Photo app mistakenly labeled black people “gorillas.”

Facebook users who recently watched a video featuring Black men were served an automated prompt that asked if they’d like to “keep seeing videos about Primates,” a mistake the social network called “unacceptable” in statements to news outlets. 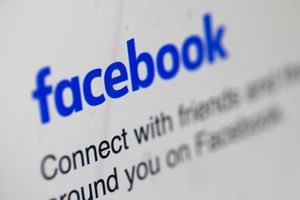