His essay on silence in Consolations harmonizes this sentiment:
Drawing on his superb collection of short semantic-lyrical essays, Consolations: The Solace, Nourishment and Underlying Meaning of Everyday Words (public library), he has created a series of poetry-driven guided broadenings of perspective for neuroscientist Sam Harris’s mighty contemplative toolkit Waking Up.
Complement this strand of contemplation with The Sound of Silence — a lovely Japanese-inspired illustrated serenade to the art of listening to the inner voice amid the noise of modern life — and Kahlil Gibran on silence, solitude, and the courage to know yourself, and then revisit David Whyte’s stunning lyric meditation on walking into the questions of our becoming.
Consolations touched me deeply when I first read it several years ago and remains my regular companion through life, as does Waking Up, which has been nothing less than a lifeline this past life-syphoning year.
Reality met on its own terms demands absolute presence, and absolute giving away, an ability to live on equal terms with the fleeting and the eternal, the hardly touchable and the fully possible, a full bodily appearance and disappearance, a rested giving in and giving up; another identity braver, more generous and more here than the one looking hungrily for the easy, unearned answer.

One of the greatest arts of poetry is actually to create silence through attentive speech — speech that says something in such a way that it appears as a third frontier between you and the world, and invites you into a deeper and more generous sense of your own identity and the identity of the world… Poetry is the verbal art-form by which we can actually create silence.
And yet, echoing poet-philosopher Wendell Berry’s lovely insistence that in silence and solitude “one’s inner voices become audible [so that] one responds more clearly to other lives,” he adds: 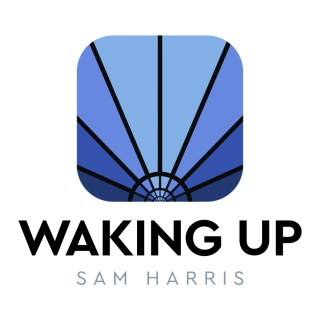 Silence is frightening, an intimation of the end, the graveyard of fixed identities. Real silence puts any present understanding to shame; orphans us from certainty; leads us beyond the well-known and accepted reality and confronts us with the unknown and previously unacceptable conversation about to break in upon our lives.

In silence, essence speaks to us of essence itself and asks for a kind of unilateral disarmament, our own essential nature slowly emerging as the defended periphery atomizes and falls apart. As the busy edge dissolves we begin to join the conversation through the portal of a present unknowing, robust vulnerability, revealing in the way we listen, a different ear, a more perceptive eye, an imagination refusing to come too early to a conclusion, and belonging to a different person than the one who first entered the quiet.

The object in meditation and all of our contemplative disciplines is silence. But… that silence is in order for you to perceive something other than yourself — what you’ve arranged as yourself to actually perceive this frontier between what you call your self and what you call other than your self, whether that’s a person or a landscape.

In his short introductory conversation with Sam, David reflects:

Echoing Susan Sontag’s observation that silence is a form of spirituality and a form of speech, he considers poetry as a channel for contemplative silence:
Sometimes — not often — prose can do that, prose that carries the spirit of poetry, the spirit that opens up rather than pins down the concepts language conveys.
For Adrienne Rich, poetry was a tool to “break open locked chambers of possibility, restore numbed zones to feeling, recharge desire”; for Audre Lorde, a lens for focusing “the quality of light by which we scrutinize our lives”; for Shelley, a tonic that “purges from our inward sight the film of familiarity which obscures from us the wonder of our being”; for Elizabeth Alexander, a fulcrum for raising the fundamental human question that so easily falls by distraction, indifference, and confusion: “And are we not of interest to each other?”

Poetry interrupts the momentum of story, unweaves the narrative thread with which we cocoon our inner worlds. A single poetic image can lift us from the plane of our storied worldview toward the gasp of a whole new vista, where in the spacious silence of the unimagined we imagine ourselves afresh.
Among the rare travelers between these twin worlds is the Irish-English poet and philosopher David Whyte.