The cold winds of crypto winter keep blowing. On Tuesday cryptocurrency lender Voyager Digital filed for bankruptcy, becoming the latest crypto company to falter since the market began to crash in April. A buying, trading and lending platform, Voyager Digital is estimated to have between billion and billion in both assets and liabilities.
The past few weeks have seen Peter Thiel-backed crypto lender Vauld suspend withdrawals, crypto broker Genesis reportedly lose hundreds of millions due to the bankruptcy of 3AC, and news that a Korean investment fund lost 99% of its customers funds due to the Luna collapse.
“This is not a ‘free-fall’ filing without direction,” the filing reads. “On the contrary, Voyager has a path forward and a plan to swiftly bring these chapter 11 cases to an appropriate conclusion.” A plan outlined by Ehrlich, subject to change and pending court approval, would see Voyager customers with crypto in their wallets recieve proceeds from 3AC’s ecovery, shares in the reorganized Voyager Digital company, as well as Voyager crypto tokens.
While 3AC is in the process of court-ordered liquidation, Voyager Digital’s leaders hope the bankruptcy filing is the first part of a turnaround. Chapter 11 bankruptcy procedures allow companies to plan restructures and turnaround strategies while protecting them from civil litigation. New Jersey-based Voyager Digital was listed on the Toronto Stock Exchange before trading of its stocks were suspended following the bankruptcy filing.
It’s an example of the contagion effect that’s helped drive down crypto in recent months. The contagion began with Luna, a cryptocurrency that collapsed in May after its associated TerraUSD stablecoin depegged. That crash wiped around billion from the market, inflicting huge losses on firms holding TerraUSD and Luna. Singapore-based Three Arrows Capital is one such firm. The hedge fund filed for Charter 15 bankruptcy last week — just days after Voyager Digital issued a notice of default on the 0 million it had loaned 3AC.
Three Arrows Capital managed a fund estimated to be worth billion back in March, reported Fortune.
Voyager Digital’s CEO, Stephen Ehrlich, said in the filing that the company’s bad financial state was caused by two issues. First, high inflation and rising interest rates have caused crypto prices to dump, with bitcoin down 60% from its all-time-high in 2021. Second, Three Arrows Capital, a crypto hedge fund, defaulted on a 0 million loan issued by Voyager in March.
Voyager Digital’s bankruptcy filing comes days after it suspended withdrawals and trading on its platform last Friday. 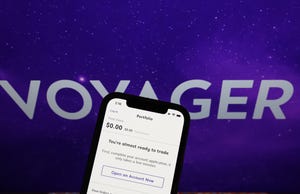