In a reply email, Ratio Christi said that it “[did] not wish to add another speaker to this event.” Id. at 5. Ratio Christi explained, “Our goal as a Christian organization is to offer a Christian academic perspective to students who may not have encountered it before. We didn’t intend for this event to be a debate, but more of an introductory explanation of a particular philosophical position…” In that same email, Ratio Christi informed the Program Council of the title of Dr. Audi’s planned lecture and said he would hold a question-and-answer session after the lecture. 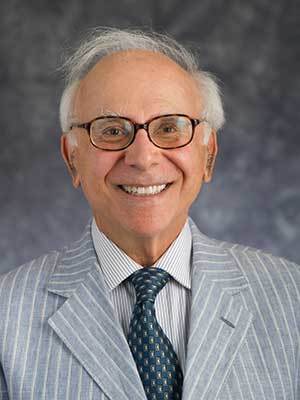 The University Program Council denied the request for funding for the event. The event ended up being funded by Ratio Christi and its members, as well as Professor Audi, who reduced his speaking fee in light of the lack of university support.

Audi, who was a professor at Nebraska for 30 years before moving to Notre Dame in 2003, was invited to campus by Ratio Christi and in April gave a talk there entitled “Is Belief in God Rational Given the Evils of This World? A Christian Philosopher Responds to the Most Popular Argument Against God.”
According to the Lincoln Journal Star, “the University Program Council has previously approved funding for two prior Ratio Christi events that brought speakers to UNL since the group organized in 2018.” It is unclear what other university funds, if any, were available for Ratio Christi to request for the Audi lecture. The Journal Star notes that “Other Ratio Christi chapters have also sued their colleges and universities across the country.”
In February, Ratio Christi had sought funding for the lecture from the University Program Council‘s Fund Allocation Committee, a student-run body that disperses some of the University Program Council’s total funds for events. According to Ratio Christi’s lawsuit, the University Program Council emailed them back with concerns about the event. From the lawsuit:
Robert Audi
The suit claims that the students’ First Amendment rights were violated (through viewpoint discrimination, compelled speech, denial of free exercise of religion) as were their rights under the equal protection clause of the Fourteenth Amendment. It asks that the Fund Allocation Committee’s policy be declared unconstitutional and that Ratio Christi members be exempt from paying the student activity fee that provides the committee with money to disperse, until the policy is changed. It is also seeking reimbursement for the event and damages. Ratio Christi is being represented in the lawsuit by Alliance Defending Freedom (ADF), a nonprofit legal organization of “Christian leaders” who “came together to build a ministry that would defend religious liberty and keep the doors open for the Gospel.” (One of the attorneys at ADF is on the Ratio Christi board of directors.)
The University Program Council responded on March 11, 2021, stating that its “Fund Allocation Committee cannot fund this event due to its Christian ideological nature.”…  “The definition of ideology,” the Program Council explained, “is based on a group of ideals and beliefs and in this case that would be the Christian perspective.” The Program Council added: “The funds we allocate to RSO’s come[ ] directly from student fees. With that in mind, it is our job to make sure all the ideological perspectives and beliefs are being considered, not just Christianity.
The University of Nebraska, Lincoln chapter of the evangelical Christian student group Ratio Christi is suing the university, claiming it was discriminated against when it was denied funding for a talk by philosopher Robert Audi (Notre Dame).

The lawsuit alleges that requirements of ideological neutrality or balancing have not been imposed by the Fund Allocation Committee on other student organizations which have sought funding for events that have included “speakers of a political and ideological nature.” [Updated to add the following:] Section 29 of the lawsuit says: “Defendants do not impose on the Program Council or other organizations that engage in student speech the same ‘no ideology allowed’ or ‘counterviewpoint required’ condition when sponsoring events with student fees.” However, it is worth noting that “sponsoring events with student fees” elides possibly relevant distinctions. Events sponsored by the “RSO Event Fund” dispersed by the student-run Fund Allocation Committee—,000 of the University Program Committee’s 0,000—are subject to the policies on “ideological” speakers. But it is far from clear that the other student organizations the lawsuit alleges have put on events of an “ideological” nature were supported by the RSO Event Fund. It is unclear, then, whether they are subject to the same policies, and so it is unclear whether there was in fact relevant differential treatment. [Thanks to a careful reader for pointing this out.]
The Program Council explained, “According to our [Fund Allocation Committee] Bylaws,” the RSO [Recognized Student Organization] Event Fund “shall not be used to finance political campaigns, or speakers of a political and ideological nature.” The Program Council added, “In order to comply with this bylaw your event would need to provide another spokesperson with a different ideological perspective.”