How the gaps in gravity contour the next frontiers in the quest to understand the fundaments of what we are.

Complement with an animated look at the little loophole in the Big Bang model, then revisit the remarkable story of how Johannes Kepler revolutionized our understanding of the universe while defending his mother in a witchcraft trial.
In the centuries since, we have made staggering discoveries of fundamental forces swirling exotic particles into “the ricochet wonder of it all: the plain everythingness of everything, in cahoots with the everythingness of everything else.” Along the way, in our longing for a final theory of everything, we have been staggered by revelation after revelation that things are not what we previously thought them to be and beneath each layer of reality we have unpeeled lies another. The heavens are not a clockwork orrery of perfect orbs revolving around us in perfect circles. The cosmic wilderness is overgrown with a species of mystery we call dark matter and the fabric of spacetime is pocked with black holes the rims of which gape our Munchian scream at the sense that the universe remains a sweeping enigma whose native language we are only just beginning to decipher, naming our particles and composing our equations in the alphabet of a long-gone civilization that believed the Earth was flat and the stars were at its service.

Our yearning for a Theory of Everything has culminated in what we call the Standard Model — a conceptual map of all the known particles and the fundamental forces that govern them to make the universe cohere into everything we know and are. It is the most successful scientific theory in the history of our species. But it is rather a Theory of Everything We Know So Far, at once triumphal and tessellated with incompleteness.

Between the time Hypatia of Alexandria first pointed her pre-telescopic eye to the cosmos millennia before the notion of galaxies and the time Vera Rubin stood at the foot of the world’s most powerful telescope to confirm the existence of dark matter by observing how distant galaxies rotate, and in all the time before, and in all the time since, we have hungered to understand the forces that move the stars and the Moon and the mind. Ever since Galileo leaned on his artistic training in perspective to draw his astronomical observations intimating that the universe might not be what the theologians have claimed it to be, humanity has been on a passionate and disorienting quest to understand the nature of the mystery that made us.
The essence of that theory, its central contradictions, and how it contours the next layer of reality awaiting discovery is what theoretical physicist David Tong details in this animated primer for Quanta Magazine, drawing out discoveries and questions that punctuate the excellent anthology Alice and Bob Meet the Wall of Fire: The Biggest Ideas in Science from Quanta (public library).
[embedded content] 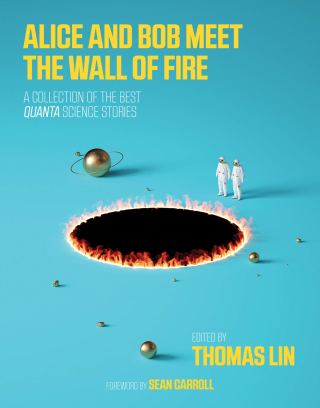