Gay writes:
Complement this fragment of his wholly delightful Book of Delights with Lucille Clifton’s kindred poem “cutting greens,” then revisit Ross Gay (along with two centuries of other great writers, including Emily Dickinson, Virginia Woolf, Oliver Sacks, Jamaica Kincaid, and Rebecca Solnit) on the creative and spiritual rewards of gardening.
The utterly forgettable magic of the carrot, which applies as well to the turnip and radish and potato and garlic and onion and ginger and turmeric and yam and sunchoke and shallot and salsify and maca and sweet potato, is that because much of the food resides under the ground it probably had to be discovered. Uncovered. And after the discovering, and the uncovering, choosing which ones to replant, and replant, and replant, and replant, and replant, and replant, until there was the long red kind I’m brushing the soil from. Until the squat kind piling up at the bottom of the basket. It was kindness. They are our family.

These are kinds, I am thinking, as I snip the feathery green tops, making my way through the pile, holding the root in one hand, feeling the knobs and grains, the divots where they’ve grown against a rock or some critter nibbled. Or the four or five of the red kind that have almost become two carrots, carrot legs in need of some petite pantaloons.
Today we pulled the carrots from the garden that Stephanie sowed back in March. She planted two kinds: a red kind shaped like a standard kind, and a squat orange kind with a French name, a kind I recall the packet calling a “market variety,” probably because, like the red kind, it’s an eye-catcher. And sweet, which I learned nibbling a couple of both kinds like Bugs Bunny as I pulled them.

In the bleak Russian winter of 1902, Sofia Tolstoy filled her diary with anxieties about her husband’s health — “palpitations, difficulty in breathing, insomnia, general misery” — and his refusal to follow the protein-rich diet of fish and chicken his doctor had prescribed. Tolstoy refused to eat anything but vegetables. A decade earlier, in his incremental conquest of kindness — something he hadn’t always extended to his own wife in the early chapters of their long and devoted marriage as he was learning how to be a decent person — he had awakened to the barbarism of killing animals as an act “contrary to the moral feeling” that is the fundamental building block of the good life. “We cannot pretend that we do not know this,” he wrote. A century after Shelley’s impassioned case for it, Tolstoy had become a vegetarian, holding on to his ethic even as his health began failing. “Nothing can make our life, or the lives of other people, more beautiful than perpetual kindness,” he came to write in his old age as he reckoned with his own imperfect life.

I confess I have a deep antipathy to the common trope of anchoring ideas in dictionary definitions or etymologies — a kind of crutch, like using Italics or exclamation points for emphasis, leaned on when a writer lacks the stylistic skill to create emphasis or definition with the writing itself. But if anyone can save language from its commonplaces, it is the poet. What David Whyte did for reanimating the dead definitions of words, Ross Gay does for the crutch of etymology in a beguiling Russian nesting doll of meanings:

The word kind meaning type or variety, which you have noticed I have used with some flourish, is among the delights, for it puts the kindness of carrots front and center in this discussion (good for your eyes, yummy, etc.), in addition to reminding us that kindness and kin have the same mother. Maybe making those to whom we are kind our kin. To whom, even, those we might be. And that circle is big. 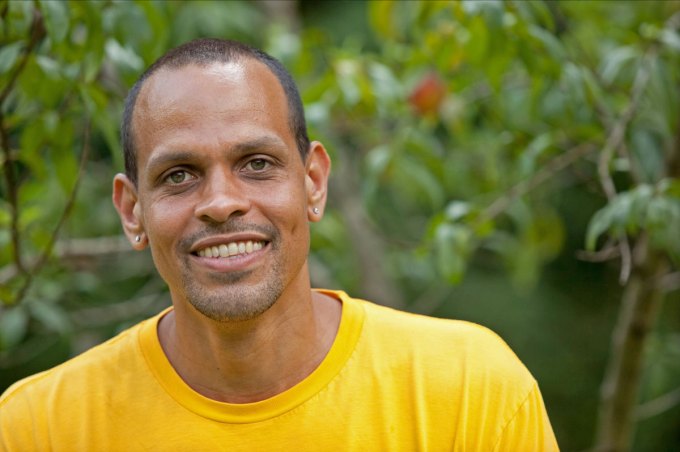 Vegetables became part of his ethic of kindness and chief among his vegetable loves were carrots. Naturally, I thought of Tolstoy as I reread poet and gardener Ross Gay’s exquisite harmonizing of carrots and kindness in a fragment of The Book of Delights (public library) — his soul-broadening yearlong experiment in willful gladness.

The entry for July 4, titled “Pulling Carrots,” took me back to my grandmother’s garden, back to pulling carrots with my own tiny hands a century and an artificial border across from Tolstoy and his wife, his wife who bore the name of my birthplace. (Every great book both takes us beyond ourselves and returns us to ourselves, often by helping us befriend that most vulnerable childlike part of us we long ago stifled in the skinsuit of adulthood.)