[…]
The insects have chosen a different line: they have sought first the material welfare and security of the hive, and presumably they have their reward. Men* are different. They propound mathematical theorems in beleaguered cities, conduct metaphysical arguments in condemned cells, make jokes on scaffolds, discuss the last new poem while advancing to the walls of Quebec, and comb their hair at Thermopylae. This is not panache; it is our nature. 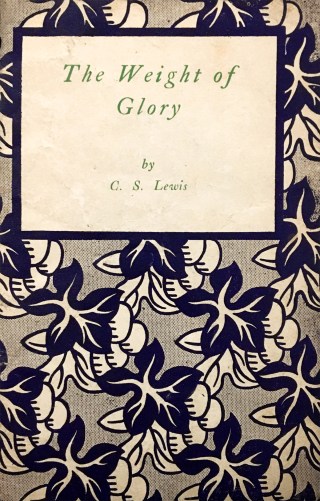 In a splendid rebuttal of the view that culture is an extravagance — “an inexcusable frivolity on the part of creatures loaded with such awful responsibilities as we” — he offers a salve for our ahistorical rashes of panic:

It bears repeating: Right now, someplace in the world, somebody is making love and another a poem. Elsewhere in the universe, a star manyfold the mass of our third-rate sun is living out its final moments in a wild spin before collapsing into a black hole, its exhale bending spacetime itself into a well of nothingness that can swallow every atom that ever touched us and every datum we ever produced, every poem and statue and symphony we’ve ever known.

Never, in peace or war, commit your virtue or your happiness to the future. Happy work is best done by the man who takes his long-term plans somewhat lightly and works from moment to moment… The present is the only time in which any duty can be done or any grace received.

The war creates no absolutely new situation; it simply aggravates the permanent human situation so that we can no longer ignore it. Human life has always been lived on the edge of a precipice. Human culture has always had to exist under the shadow of something infinitely more important than itself. If men had postponed the search for knowledge and beauty until they were secure, the search would never have begun. We are mistaken when we compare war with “normal life.” Life has never been normal. Even those periods which we think most tranquil, like the nineteenth century, turn out, on closer inspection, to be full of crises, alarms, difficulties, emergencies. Plausible reasons have never been lacking for putting off all merely cultural activities until some imminent danger has been averted or some crying injustice put right. But humanity long ago chose to neglect those plausible reasons. They wanted knowledge and beauty now, and would not wait for the suitable moment that never comes.

That is what C.S. Lewis (November 29, 1898–November 22, 1963) explores in a sermon he delivered in England at the peak of World War II, later included in his 1949 collection of addresses The Weight of Glory (public library).

Addressing an audience of frightened young scholars, unsure of what use their intellectual passion and creative labor have in a war-torn world, Lewis offers an elixir of perspective:

We need intimate knowledge of the past. Not that the past has any magic about it, but because we cannot study the future, and yet need something to set against the present, to remind us that the basic assumptions have been quite different in different periods and that much which seems certain to the uneducated is merely temporary fashion.
With an eye to our particular evolutionary inheritance, he adds:
In a sentiment Albert Camus would come to echo a decade later in his insistence that “real generosity toward the future lies in giving all to the present,” he adds:

Complement with Toni Morrison on our creative duty in dark times and Nick Cave on the necessity of hope in a fragile world, then revisit Lewis on what we long for in our existential longing.

Even in the sliver of spacetime that is our present, perishable like every present of the past, an infinity of things are going on all at once, menacing and magnificent — a vast simultaneity of which we notice only a fleck, our attention narrowed by evolution and exploited by the news media. But the fact remains — and this has always been so — that even in the most tumultuous of circumstances, human beings have managed to divert their attention and its tendrils of intention away from destruction and toward creation. Some of the greatest achievements of civilization, from mathematics to Nina Simone, have sprung up in the darkest of times.

The war has not really raised up a new enemy but only aggravated an old one. There are always plenty of rivals to our work. We are always falling in love or quarrelling, looking for jobs or fearing to lose them, getting ill and recovering, following public affairs. If we let ourselves, we shall always be waiting for some distraction or other to end before we can really get down to our work. The only people who achieve much are those who want knowledge so badly that they seek it while the conditions are still unfavourable. Favourable conditions never come.