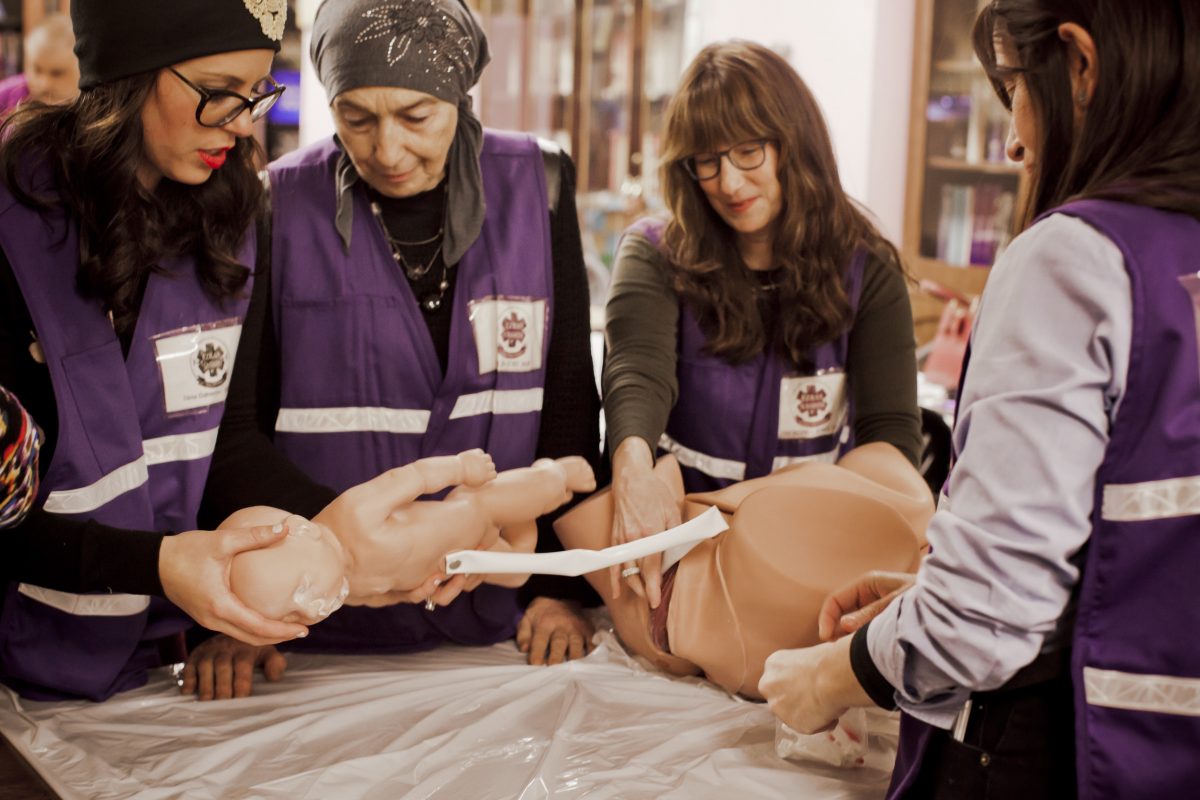 * * * *
* * * *
POV’s Community Engagement and Education team works with educators, community organizations and PBS stations to present more than 800 free screenings every year. In addition, we distribute free discussion guides and standards-aligned lesson plans for each of our films. With our community partners, we inspire dialogue around the most important social issues of our time.
Paula Eiselt’s film portrays the challenges and eventual triumph of Hasidic Jewish women creating space for a new profession
Download the press release here.
American Documentary, Inc. (www.amdoc.org)
As a practicing lawyer, Freier is already a member of the small subset of women in the community with professional degrees. She sees a need to rethink entrenched gender roles further when it comes to emergency services.